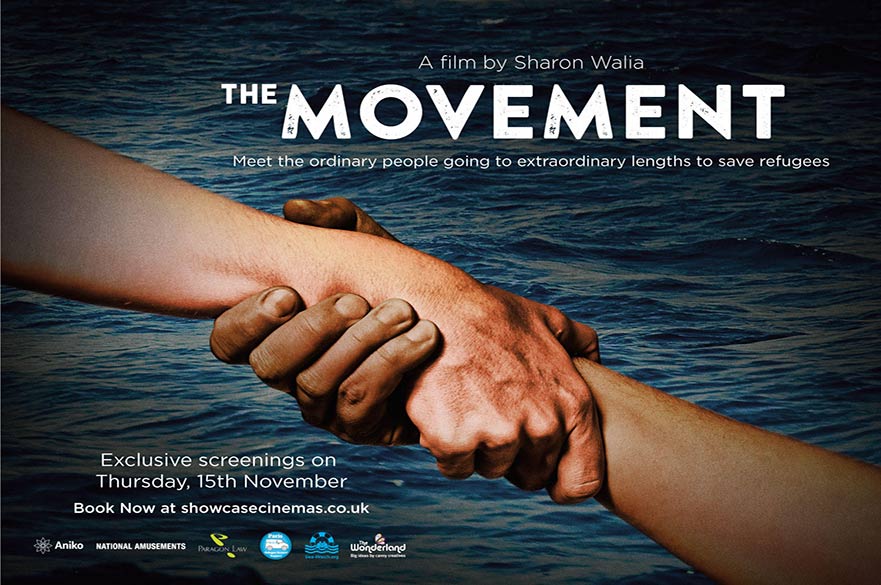 The film, which was directed, written and edited by Sharon entirely on her own, focuses on the Refugee crisis that is now the worst since World War 2, and tells the story of the normal people who have stepped in to aid those in need, where the government have held back.

Sharon, a refugee worker, shot the documentary over a year ago and travelled all over the world to highlight the true scale of the refugee crisis – skirting the dangerous Libyan coast, the squalid streets of Paris, and the hidden churches of Rome.

The film sheds an uncomfortable light on Libyan torture camps, global smuggling networks and the war on refugee NGOS. Battling against these terrifying odds to save migrants on land, sea and from the air are the ordinary people trying to make a difference; the firefighter, the palliative care nurse; the pilot; the footballer. The Movement is their story.

Sharon secured theatrical distribution through National Amusements - a major coup for a first time filmmaker. Sharon said: “If you have passion and a compelling story to tell, it is possible to make a theatrical film in a non-traditional way.” Sharon also works full time with a refugee charity in Nottingham, and edited her film every evening into the early hours.

The Movement premieres in Nottingham on Monday 12th November followed by national screenings on Thursday 15th November at Showcase Cinemas. Find out more.