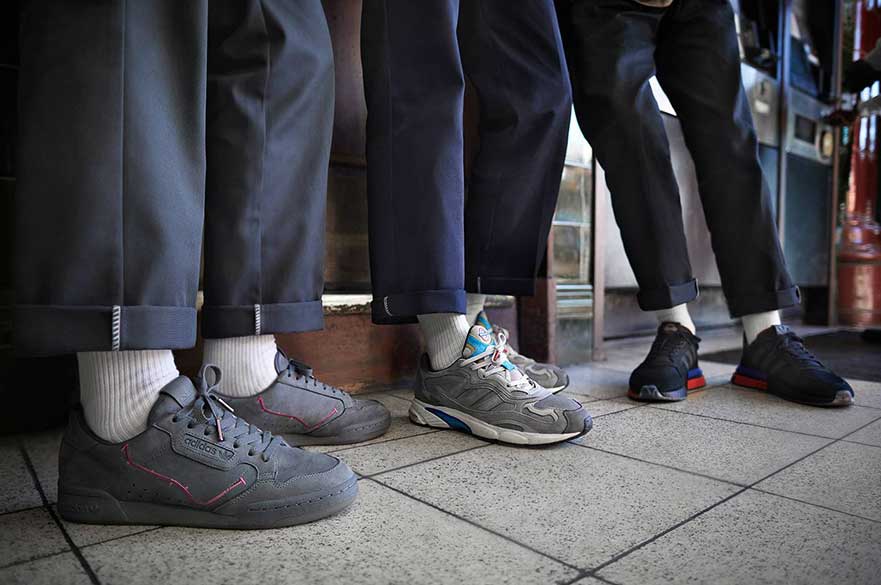 The three designs from the adidas Originals x TfL collection

An alumna from our BA (Hons) Textile Design course has been part of the design team behind an exciting collaboration between sportswear manufacturer adidas and Transport for London (TfL). Fran McMullen, who graduated from the course in 2017, has been interning at adidas, where she had the chance to work on this unique project.

The collaboration between adidas Originals and TfL, which marks the 15th anniversary of the Oyster card, has led to production of three new trainer designs. Each pair of shoes comes with a free limited-edition Oyster card topped up with £80, along with a bespoke leather card holder branded with both the adidas and TfL logos. The trainer designs are inspired by different stories from TfL’s history, all against the backdrop of three classic adidas silhouettes: Temper Run, Continental 80 and ZX 500RM.

We caught up with Fran to chat about her work. As an intern at adidas, she has been developing the skills she gained from her time studying at NTU and putting them into practise in a fast-paced industry environment. She told us: “Interning at adidas has always been a goal of mine, and once I arrived at the headquarters in Herzogenaurach, it was even better than expected." 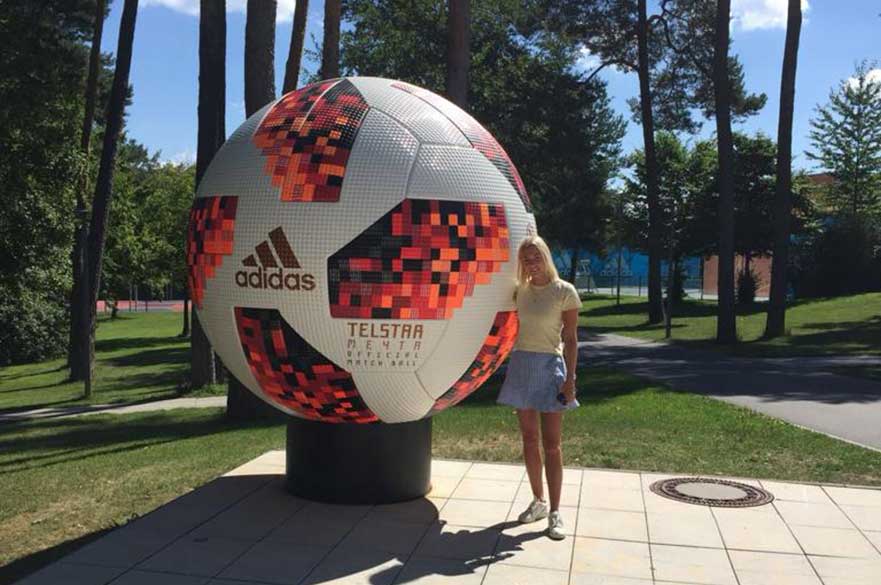 Fran outside the adidas headquarters in Herzogenaurach, Germany

She continued: "The building was full of creative and like-minded people, making for an exciting atmosphere. I was placed within the Colours and Materials Footwear Originals design team, where the facilities were second to none. I worked on trend development and individual material and colour research projects to build a meaningful concept. I was part of the whole design process, from suggesting new colourways on mood boards to the final CAD illustrations.”

On the adidas Originals X TfL collaboration, she added: “It was an extremely exciting time. Being part of the colour and materials side consisted of material selection, placements, colour variations and artworks. Due to the size of this project and the budget available, I could explore a wide variety of executions. From the start to finish I was making decisions which influenced the final designs. I was really lucky!”

On her experience being part of the Textile Design community at NTU, Fran commented: “NTU was my first choice because of the course content, the facilities available, the city location and also the success stories of previous students. The hands-on studio lab work was great for open personal experimenting and exploring. I thoroughly enjoyed my time studying at NTU, and had a great three years both personally and academically. The most important thing I learned was to always try new ideas, and push your personal development. Learning from your mistakes and research is key.”