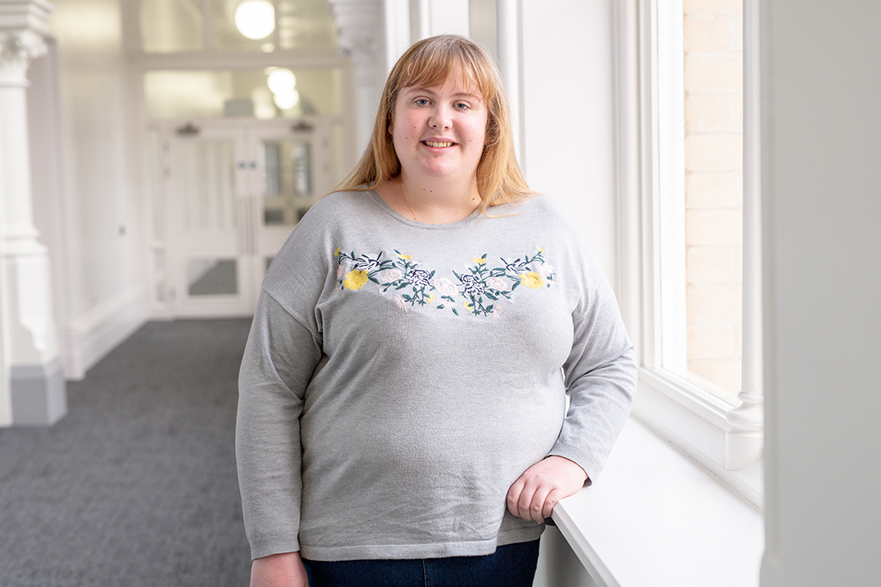 MA Creative Writing student, Jodie Louise Price, won the Tennyson Poetry Award this October for her poem entitled ‘The Man’. The award is organised by The Tennyson Society in conjunction with Bishop Grosseteste University, where Jodie studied for her undergraduate degree. Founded in 1960, The Tennyson Society aims to promote the study and understanding of the life and work of Alfred, Lord Tennyson, with a worldwide membership.

Each year, The Tennyson Society choose a poem from Tennyson and ask people to respond to the poem with their own piece. This year’s chosen poem was ‘The Eagle’. Jodie entered due to her passion for creative writing, with the hope that the award would improve her confidence before embarking on her postgraduate degree at Nottingham Trent University (NTU). Jodie’s poem, ‘The Man’ creatively reverses the anthropomorphism in Tennyson’s poem, which involves an eagle representing a man, instead focusing on a man and giving him the qualities of an eagle.

A panel of judges chose Jodie’s poem from a number of entrants, announcing in October that she had received the award. Speaking about her elation at winning, Jodie told us: “It’s given me a boost and made me feel more confident to show my work during workshops in my course. I feel like every time I show something, and it receives careful criticism that makes my work better, it is a small victory in itself because it makes me a better writer overall”.

Jodie hopes to pursue a doctorate in English Literature following her postgraduate study, and feels that the award, alongside her course, has improved her confidence in her abilities. She is thoroughly enjoying her course and feels that it will prepare her for a future career in literature, telling us: “You’re given more freedom at NTU compared to some universities, plus the anthology that the students self-publish at the end of the course means I’ll leave with a publishing credit. It’s a student-led project so we have complete control over what happens, which is a great insight into the publishing process”.

Jodie chose to study here at NTU due to the welcoming environment and insightful lecturers, commenting: “NTU stood out to me at the open day I attended, it was the first university where the head lecturer sat down with me and answered all of the questions I had about the course. That really made me think I mattered to the course and it wasn’t just about gaining the numbers.Rory Waterman seemed genuinely interested in my writing and how NTU could help me improve”.