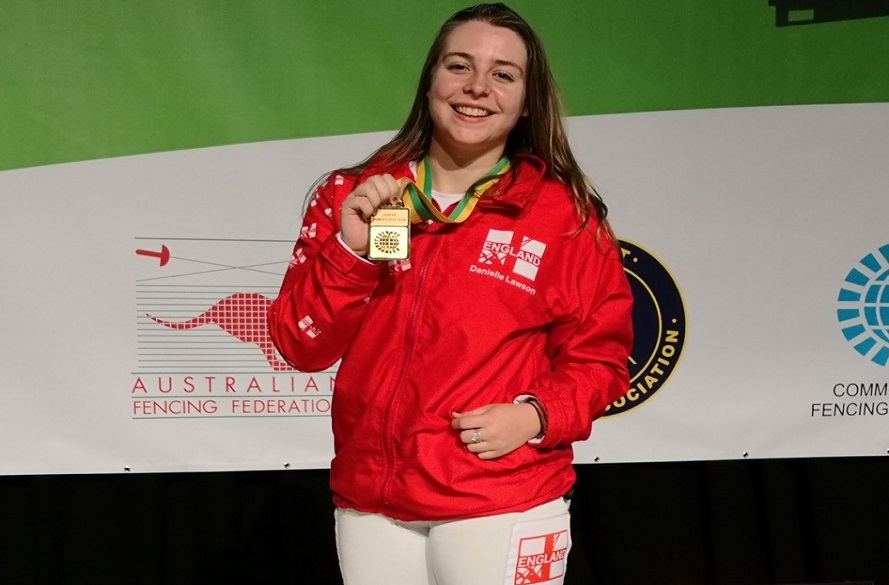 NTU Fencer Danielle Lawson recently made the journey home after competing for England at the 2018 Senior Commonwealth Fencing Championships.

The Championships were held in Canberra, Australia, from 23- 28 November, with Danielle competed in the Individual event 25 November.

In a field of 39, the NTU Scholar had a tricky start, winning just two of her six first round fights. She went on to beat Lisa Huzel (CAN) 15-9 in the round of 64. Next, she came up against a familiar fencer, 7th seed Jess Gundry (WAL) in the round of 32. After an extremely close fight, Danielle missed out narrowly on a victory with a final score of 15-14.

She finished the day in 27th position but continued to support England fencers Katrina Smith-Taylor, who won individual Silver and Julie Henson, Bronze.

In a field of eight strong teams, England began the day against New Zealand with each fencer controlling their fights before winning convincingly 45-30 in the quarterfinal. 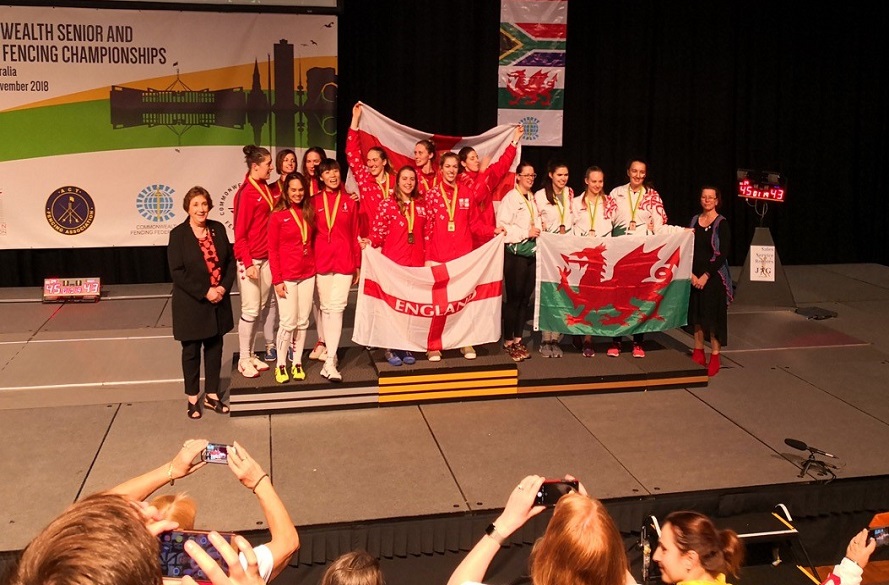 In the semifinal England met a strong Welsh team, but managed to hold on for a victory to take the win 34-31 on time.
The final saw a nail-biting contest against Canada, with a mighty team effort from England to clinch GOLD, the final score standing at 45-43. Watch the final match here.

Speaking after the event, Danielle said: “I was so disappointed with my result in the individual. I was putting a lot of pressure on myself at such a prestigious event. I stumbled early on and it made the entire day an uphill struggle.

“This experience has highlighted that I need to work more on my sport psychology, which is something that NTU have given amazing support with throughout my Scholarship, and TASS (Talented Athlete Scholarship Scheme).

“Nonetheless, the difficult start early on made me more determined to flourish in the team event.
“I was so privileged that my team entrusted me to finish the final match - the team had worked hard to gain a one-point lead. 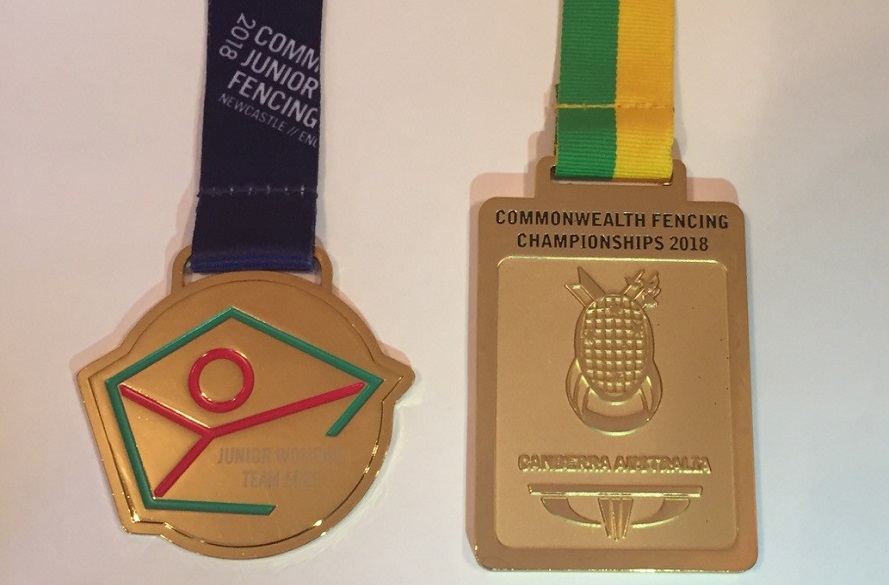 “I went into the final bout against Canada’s Olympian, Leonora Mackinnon, and managed to hold my own, stretching the final score to a two-point win.

“I am so proud of all the ladies and the team attitude throughout the day, and so grateful for all the support we received to get here.

“A Senior Team Commonwealth Gold medal is my best fencing achievement to date, and follows a Junior Team Gold medal at the Junior Commonwealth Championships, held in Newcastle earlier this year.”