Panya has begun her doctoral research, which focuses on Politics in Poetry and the Role of African Caribbean Writers and Networks in the 1970s and 80s. 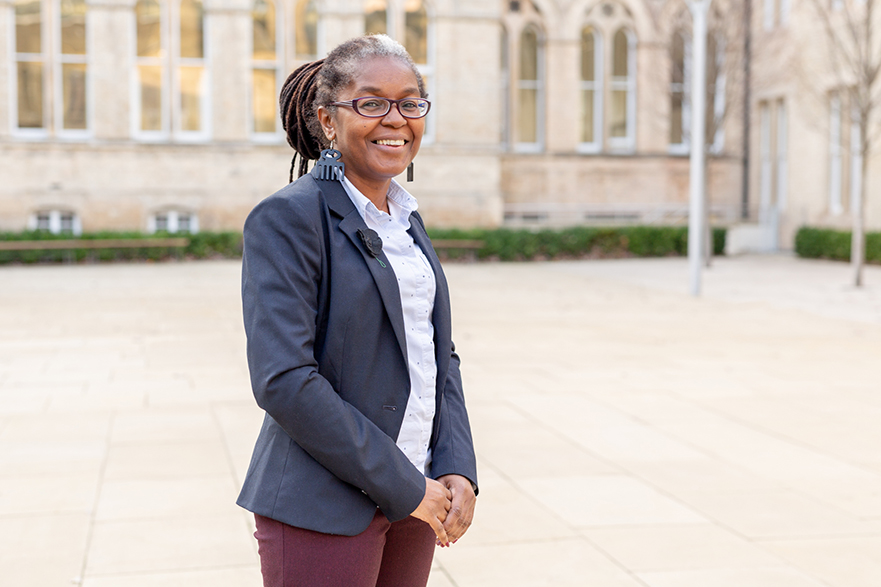 Nottingham Trent University is delighted to welcome back Panya Banjoko, Nottingham poet, writer and workshop facilitator of over 20 years to study a PhD in the School of Arts and Humanities. Panya has studied with NTU previously, and now holds a degree in Communications Studies, an MA in Children’s Literature and an MA in Museum Studies. Her thesis is around Politics in Poetry and the Role of African Caribbean Writers and Networks in the 1970s and 1980s.

Panya is a spoken word artist and writer, having published anthologies, early years books and poetry thus far. Her work has been described as ‘…poetry with hip-hop energy fused with a hymnal element…’ (Sable Magazine). Her performances have been broadcast on television and radio, and she has performed widely, including at the 2012 Olympic Games. She has won several awards including the 2008 Black Women in the Arts Poetry Award in London.

Panya is a key figure in Nottingham’s arts and culture community. Having freelanced in museums for over 20 years, she went on to establish Nottingham Black Archive, which aims to collect, research and preserve black history and heritage in the region and is the first organisation of its kind in the city. She was also co-director for Mouthy Poets, a poetry collective that ran weekly workshops in the city, a key supporter of Nottingham’s lively community of writers and poets.

Pursuing doctoral study will allow Panya to elevate and advance her writing and the development of Nottingham Black Archive. She told us: “I have at my fingertips a wealth of artefacts about the formation of the black community in Nottingham, particularly political pamphlets, newsletters and associated ephemera that, coupled with being a published writer, had me thinking how I could use both these resources to leave a legacy for the black community in Nottingham.”

Having studied at NTU before, Panya is looking forward to working with our academics further, commenting: “I am pleased and excited to be working with some excellent specialists in their field and having supervisors who will challenge and push me towards greater success”. Her PhD is both theoretical and practice based, which will lead towards some more innovative writing from Panya, continuing her legacy of creative and cultural work in Nottingham and beyond.