Two NTU Product Design alumni were given the opportunity to showcase their final year projects at the Global Grad show in Dubai, an exhibition of innovation for design and technology. 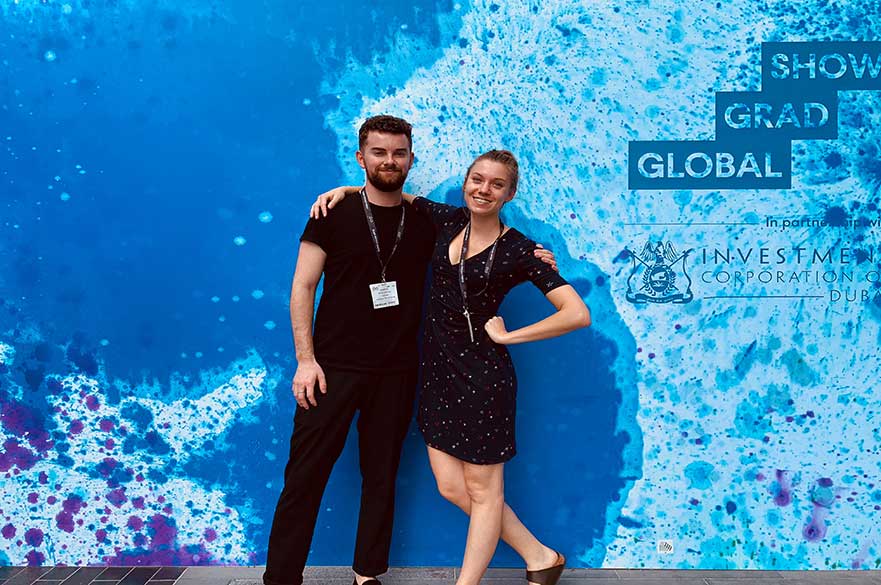 Will Charteris and Hannah Manley at the Global Grad Show 2018, Dubai

The Global Grad Show is an exhibition of graduate works from the world’s leading design and technology schools, held in November each year as part of the Dubai Design Week. Since launching in 2015, the show has grown to become the world’s largest student gathering. Now in its fourth year, the show includes works from 100 universities and 61 nationalities, brought together in a single space and presented to the public by the designers themselves. 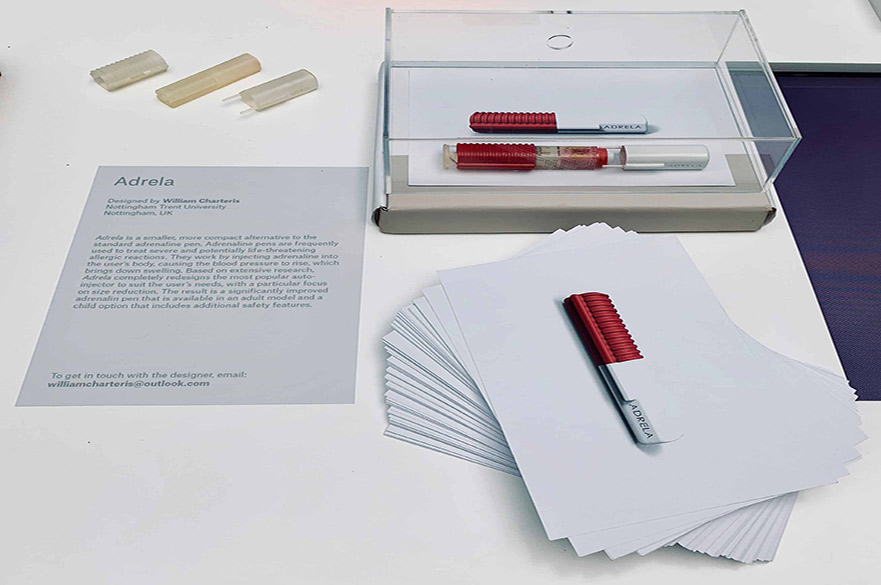 Will’s final year project ‘Adrela’ is a smaller version of the standard Adrenaline Pens, which are used to treat severe and potentially life-threatening allergic reactions. Through his research, Will found that many people can be put off from carrying around the standard sized EpiPens, due to their large size and difficulty to keep on the go. Another issue can be for those with severe allergic reactions, who often need to inject two EpiPens. Yet many people, including Will himself – who suffers from a nut allergy – do not carry two pens due their size.

On his design of the Adrela Pen, Will said: “I’ve had an EpiPen for around 15 years and I have always hated carrying around this large, ugly device since I was a child. People would ask what it was and point out that it looks scary and intimidating. From this, I wanted to design an alternative which is attractive and looks almost fashionable, so people will be more willing to carry it with them all the time. In the long run it could save lives.”

Will also commented on his time at the Global Grad Show, saying: “Dubai Design Week was beautiful. Many wonderful people and projects were included all over the exhibition, with the projects varying greatly, however they all had one thing in common; helping people. It was inspiring to be a part of such an event filled with likeminded individuals, all with clever ideas and ideologies. I feel completely refreshed as a designer, ready to start new projects and creations." 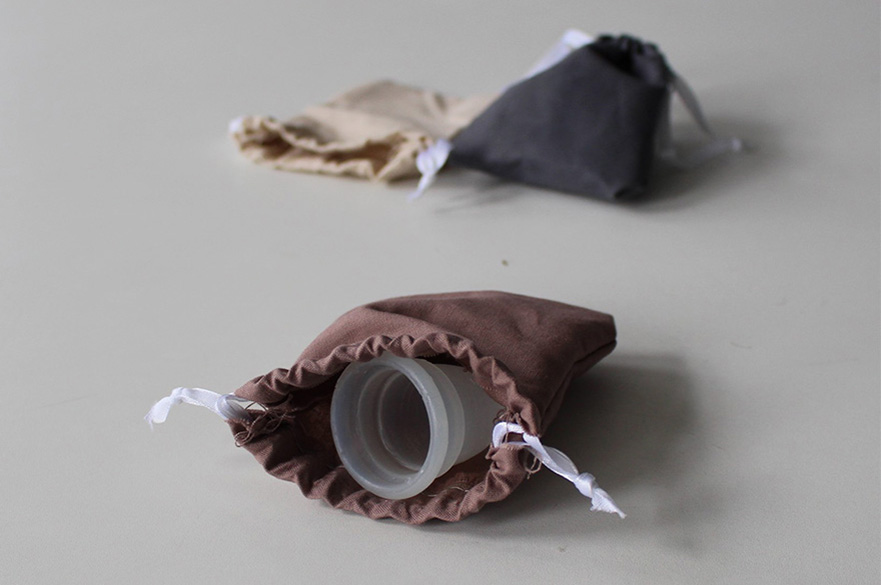 Hannah’s project Stem Aid UK was conceptualised and created during her undergraduate studies, but also went on to further her studies and research in her Postgraduate degree. Stem Aid UK is a kit that enables women to donate the stem cells in their menstrual blood, transforming ‘waste’ blood into a source of cell therapy.

This safe, painless, easy-to-use kit makes it possible for users to provide treatment or even save a life with each menstrual cycle. Stem Aid UK donors receive a custom menstrual cup, with an app to track their period, and a network of support and guidance. The kit safely collects and preserves the donated menstrual blood as it is transported to a laboratory for processing. The information and assistance offered by the app and website provide support, guiding donors through a process and connecting them to other women doing the same.

On her design process and the project, Hannah said: “I strive to make people’s lives easier, safer, healthier and more fulfilling with my design work. I‘ve particularly enjoyed designing for female empowerment and improved healthcare.”