NTU Men’s Rugby Union travelled to Leeds with hopes of getting a much needed win to start 2019. However, it was not to be from the start as they lost out to a strong Leeds Beckett team. 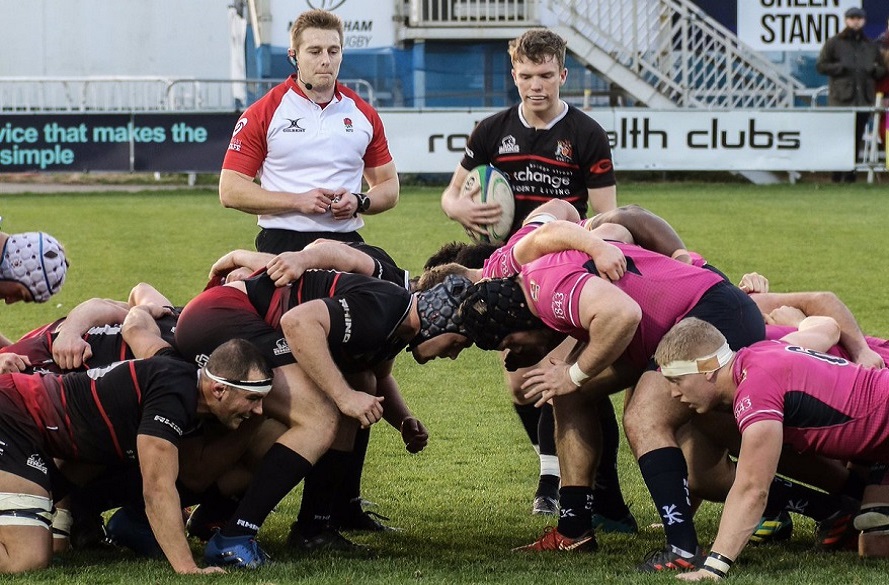 NTU in action earlier this season against Cardiff.

As the BUCS Super Rugby, season progresses at pace, NTU Rugby Union made the trip to Leeds with hopes of victory to start the New Year in style.

Coming in to the game after a heavy defeat to Northumbria before Christmas, NTU knew they needed to get a win on the board to help move up the BUCS Super Rugby table. However, it was not to be for the men in pink, with a depleted squad playing a big part in the result. The final score: LBU 48 – 12 NTU.

After the game, the result leaves NTU 9th in the table. The lads go in to next week’s match against second placed Hartpury knowing they need to break a winless run that stretches back to November to climb up the table.

NTU suffered with a number of players injured or unavailable for selection, no doubt providing a headache for head coach Alex O’Dowd. Despite this NTU fought hard to try to pick up something on away turf. Unfortunately, a dominant start from Leeds Beckett early on hampered any chances of the away side picking up a win.

The game entered halftime with the scores at LBU 12 – 0 NTU.

In the second half NTU managed to go over after Leeds added a third try to bring the scores to LBU 19 – 7 NTU.

As Leeds continued to add tries to the score, NTU finally got another try late on to put the score at: LBU 41 – 12 NTU.

Despite some excellent work from an NTU side that included several players making their BUCS Super Rugby debuts, the power of Leeds Beckett was just too much. The final score when the whistle blew: LBU 41 – 12 NTU.