Recycling, let's get it sorted! 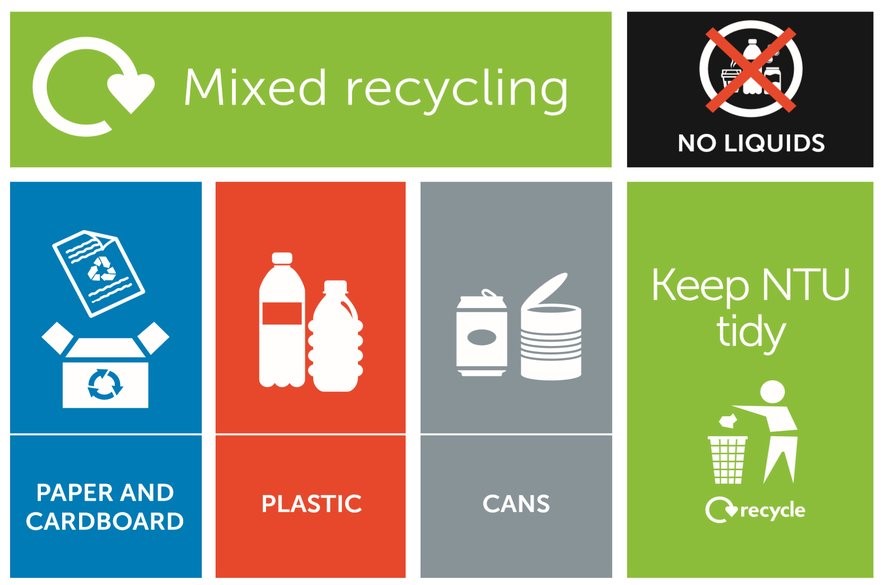 Nottingham Trent University is one of the most sustainable universities in the UK diverting over 98% of its non-hazardous waste from landfill. However, in 2017/18, only 26% of this waste had been correctly segregated for recycling on-site.

A recent waste survey highlighted that NTU bin signage did not provide clear guidance on waste segregation for our staff and students. This was confirmed from a waste compositional analysis completed at the same time, half of all items found in the recycling, should have actually been placed in the general waste bins.

The following items are commonly thought of as recyclable, however, at NTU these items should be placed in the general waste bin:

To improve the quality and quantity of recyclate collected, the Sustainable Development team has launched a pilot project at Boots Library and Dine Arkwright. The trial, which is being undertaken during term two, sees the introduction of detailed waste and recycling signage along with the provision of additional food waste bins.

If successful, these improvements will be rolled out across the rest of the University by the end of 2019.

Contact the Sustainable Development Team with any feedback or enquiries: sust.dev@ntu.ac.uk