The 2019 Varsity series is here! The spectacular sporting showcase gets underway with Hockey on Thursday 31 January. As NTU look to win back the crown, we preview the opening fixtures of the series. Nottingham Trent University and the University of Nottingham once again go head to head in a series of spectacular sporting events, battling it out to be crowned Notts Varsity champions 2019. The classic tale of local rivalry dating all the way back to Varsity football in 2001, begins with Men’s and Women’s Hockey on Thursday 31 January.

The atmosphere, tension and excitement that Varsity brings all starts now. Ahead of the opening fixture, we preview everything you need to know about the Men’s Hockey match.

NTU come in the game sitting second in the BUCS North A table. Six wins and a draw from nine games has given the men in pink a strong 19 point return. With just one game of the season left, they are looking to go one better than last season’s second place finish in the league.

UON will start Thursday’s match knowing they have a slight edge on NTU. They are top of the BUCS North A on 21 points and know that a win against Loughborough on Wednesday 6 February will seal the league title.

The two sides have met twice in league games this season, and it has been UON that have come out on top on both occasions. The first time the two sides faced off on NTU turf, a flurry of late action saw green and gold snatch a win against the run of play. In the reverse fixture UON ground out a 1-0 victory to once again take the spoils in the battle of Nottingham.

When the two local rivals met in last year’s Varsity fixture it was NTU who came out on top. Strong determined play helped the pinks battle to a tight 1-0 win. 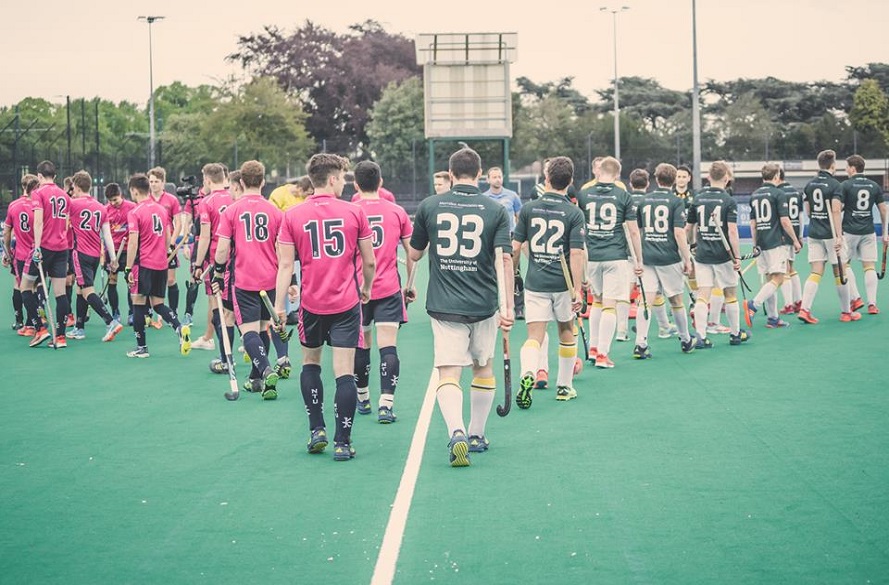 Last year NTU came out victorious with a 1-0 win.

What the coaches say

Asked how he is feeling about Thursday’s Varsity fixture NTU Men’s head coach Colin Clarke said: “NTU Men’s squad are looking forward to the game as it will be our first game of 2019.

UON and NTU are the top two teams in Prem A North so we expect it to be a competitive and challenging game. We won last year’s varsity, however we have been on the wrong end of two closely fought matches so far this season (2-3 & 0-1).

The varsity match is perfect preparation for our last BUCS league match and our push to win BUCS Gold this year”.

Once the dust settles on the opening fixture of the series, the next event for you to look forward to is super Wednesday which takes place on the 20 March.

With the 2019 series set to be bigger and better than ever before you don’t want to miss a moment, and we will be there throughout to give you the latest news, scores and more.