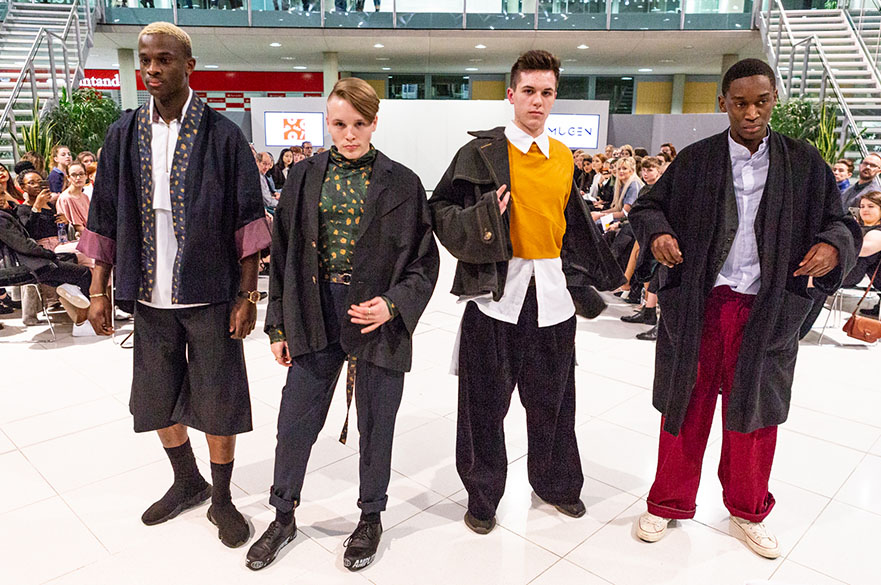 The winning collection 'Mugen' on the catwalk

The talent of our second year BA (Hons) Fashion Design students was picked up on by Next’s Menswear Design Manager Tom Pearce in a recent live project set by the brand. As the UK’s biggest fashion and lifestyle retailer, Next are always on the lookout for fresh design talent, choosing to work exclusively with NTU fashion students on a menswear brief.

The students were put into 16 groups, and were tasked with designing a collection for a Next Concept Store, taking the Next brand position and customer focus on board when working towards their collections, considering everything from key shapes and fabrications, to marketing strategies and new ways of engaging the customer.

Tom and other members of the Next menswear team visited NTU on several occasions to provide feedback and guidance to students, pushing them to reach their potentials and to become familiar with the rigorous approach to realising designs in industry. Tom explained: “At Next, I’m constantly on the lookout for top quality future designers. The course produces students with a fine balance of creativity, diligence, taste and cool intelligence, ready to jump straight into industry.” 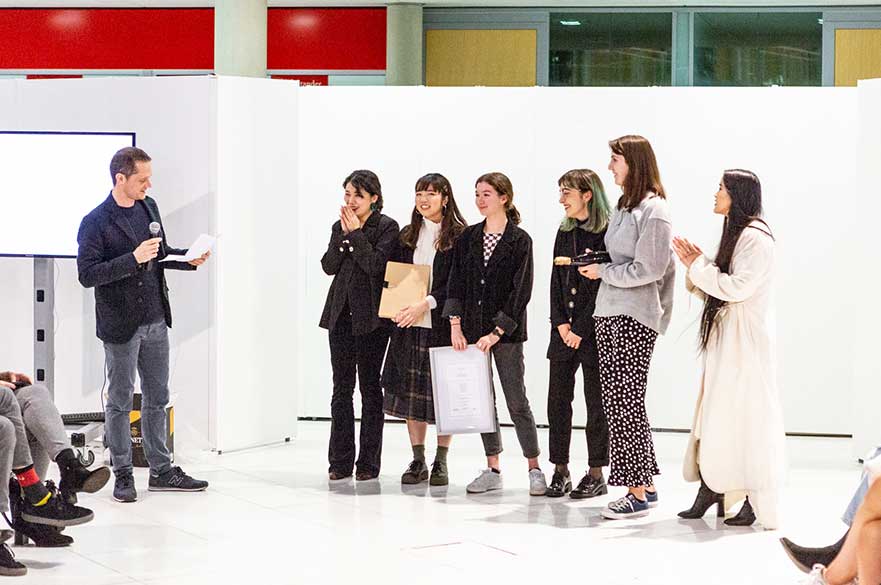 The winning group receiving their awards from Tom Pearce

A vibrant catwalk show marked the culmination of the project this February, which was attended by a large audience, including Tom and the Next team, who were there to present prizes. In his closing speech, Tom told the audience: “I visited a few universities before choosing one to work with, but it wasn’t long before I realised that I really wanted to work with NTU. The standard of work here is extraordinary, and lots of my current design team at Next are NTU alumni."

He continued: “The collections and portfolios produced by students at the end of final year are world-class. I wanted to inspire students to get into menswear; it is sometimes perceived as less glamorous than womenswear, but it is a solid career choice. I also wanted to be inspired myself, and to see something new; the students and lecturers here are an incredible source of fresh inspiration, and it is an absolute pleasure to have worked with them all. Nice one NTU!”

The first prize was for the Best 2D Project, given to ‘Blooming Gents’ for their “painstaking attention to detail and clarity of vision”. The prize for Best Product Execution was awarded to ‘The Next Generation’ for their “sophisticated and inspiring garments”. The Most Original Concept prize went to ‘Prohibit’ for their “ability to deliver a completely new trend which was fun, marketable, slick and genuinely unique.” 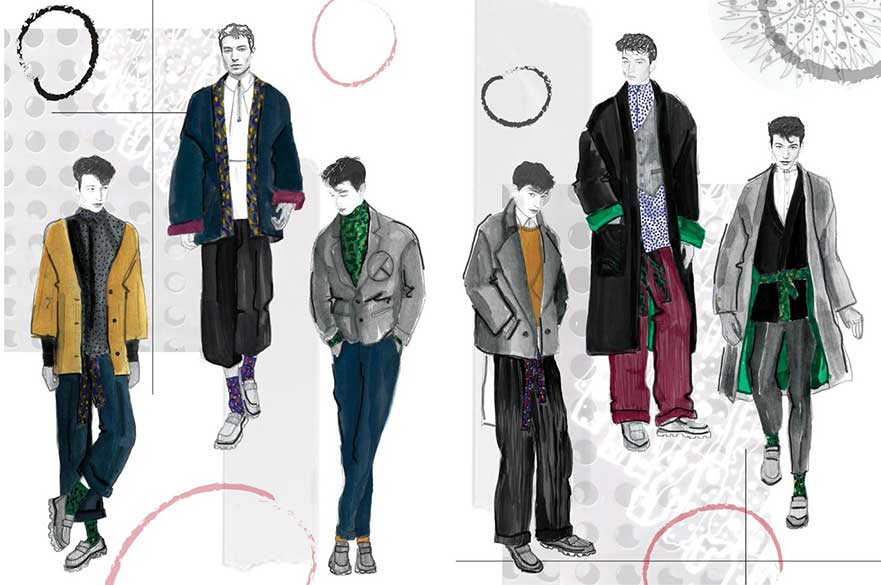 An illustration of the 'Mugen' collection

‘Mugen’ were named as the overall winning team, stealing the show with their “beautiful, highly tasteful collection which ticked all the trend boxes but in a way which could have been mistaken for a high-end Parisian brand, by a team of cracking designers.” Yueyue Deng, Isabel Hambly, Aivi Nguyen, Holly Willoughby, Anna Wojcicka and Pink Ying Lai were the students behind the winning team, and have been awarded work placements at Next, along with other prizes including interview coaching.

Student Victoria Pearce led on the planning of the culminating catwalk show. She told us: “I had the privilege to lead the team, and there are a lot of elements to planning a fashion show: scouting models, arranging fittings, booking sound systems and dressers, the promotion and much more. It takes a strong team of people to help bring an event like this together, particularly after all the hard work which went into the project itself. After all of the work everyone on my course put into this project I am really glad that we could put on a successful catwalk show and have so many people come to show their support.”

Fellow student Daisy Haggerty told us: “The Next menswear project has been challenging and rewarding in equal measures! It's been really valuable working in a group to complete this project and it's given me a real sense of what it would be like to work in industry. Having the connection with such a well-known brand has been really fun and has pushed everyone to pull out all the stops - it's such an amazing thing to have in our portfolios. It's really pushed me to be more professional in my work and to put forward a higher level of work that I am happy to show to industry. The live projects with industry were the main thing that drew me to do this course at NTU, and it has not disappointed.”