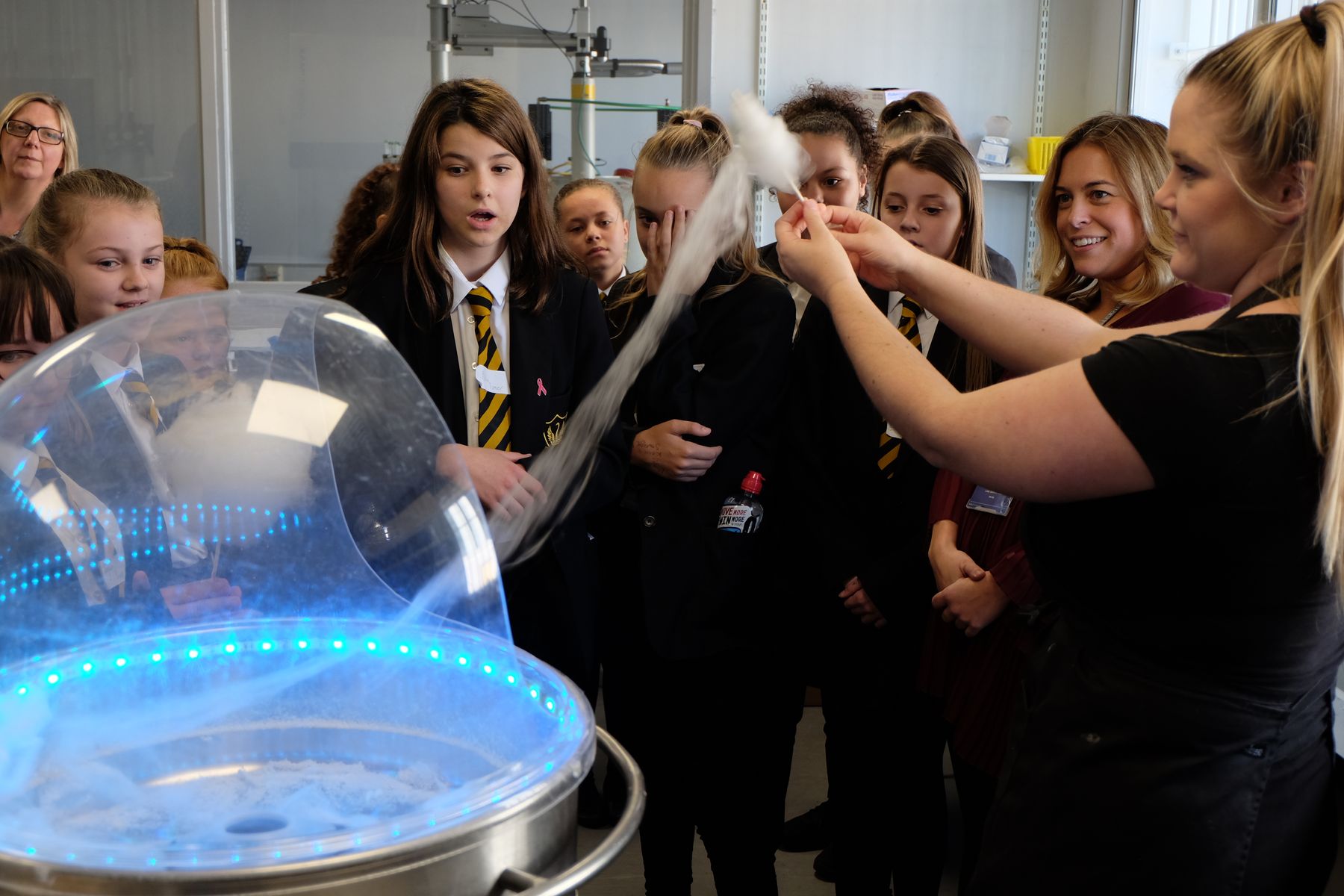 The event, run and coordinated by Nottingham Trent University, BioCity and Ignite! with support from the STEM Ambassador Hub at Derbyshire Education Business Partnership, was organised as part of Ada Lovelace Day – an international celebration of the achievements of women in STEM.

The day commemorates Ada Lovelace, the daughter of Nottinghamshire poet, Lord Byron, who is recognised as the first computer programmer for her revolutionary work on the analytical engine.

The all-girl group of students from Farnborough Academy, Nottingham Free School and Nottingham Academy, took part in the session, which was designed to encourage young women to pursue STEM subjects, highlighting the accessible and appealing career paths in science.

The event involved the students, aged between 11 and 13, taking part in exercises such as ‘draw a scientist’ and ‘people like me’ that illustrated that people with similar personality traits and skills are leading successful STEM careers – helping to challenge stereotypes surrounding the science field.

The pupils were then given a tour of BioCity’s facilities and a demonstration of the Floss Whizzer – an invention which uses an air vortex to shoot clouds of candyfloss into the air at 60mph.

Yvonne Barnett is Professor of Biomedical Sciences and Senior Pro-Vice Chancellor at Nottingham Trent University and former Director of BioCity Group and Medilink East Midlands. She said: “I was delighted to support this exciting and important initiative on Ada Lovelace Day. I have been very fortunate to have received great support from others in progressing in my career in STEM and I am committed in doing the same for young women considering going into the field.

“It was fantastic to hear from the female students about their interest in science careers and offer them advice on planning for the next steps in their education and training.”

Chiletam Hanson Ogbu, Computer Systems student at Nottingham Trent University, said: “The pupils who attended the event at BioCity had the opportunity to develop their problem-solving, technical and creative skills, enabling them to make informed decisions about their future careers. It is essential that events like these take place in order for progress to be made in the employment of women in STEM.”