NTU Boxing fight their way to gold at BUCS

Last weekend saw the annual BUCS championship for boxing held at the university of Wolverhampton. A team of nine fighters from NTU attended the competition, each ready to give it their all. 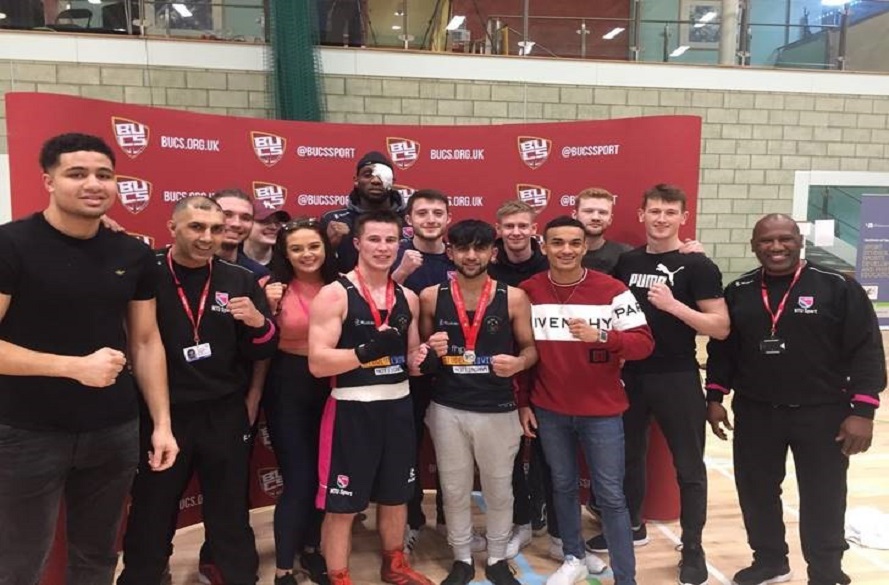 It was a fantastic weekend of boxing for NTU with a total of seven medals being won over the course of the weekend. With five boxers, competing in Category A and four in Category B, NTU had a good mix of fighters representing the University.

The competition took place for the first time ever at the University of Wolverhampton’s Walsall campus, which was used as a training base for the London 2012 Olympics. The state of the art sports facility provided a fantastic environment for all those spectating and competing over the weekend.

Day one of the competition proved to be very successful for NTU with four wins from five fights. On the second day of the event, three wins from eight kept NTU in good stead. On the final day of fighting, NTU won one of three fights they competed in.

In only the third year of the programme, NTU can be very proud of themselves in what looks like coming in the top five, two years in a row. With eight of nine athletes returning next year, the club can be very pleased with how they got on. The club have a solid base to push on from this for next year, with sights set on gold for the individuals and the club itself. They should all be very proud of themselves

As the weekends boxing came to a close, NTU left Wolverhampton with seven medals including two silvers and one gold medal. With the amateur boxing programme still in its infancy, NTU have plenty of positives to take forward. As they once again came out as one of the top universities in the country.

NTU Boxing fight their way to gold at BUCS