We sat down with NTU Women’s first team football lead coach Jennifer Foster to chat about the success of the team, how she got involved in coaching and what she hopes to achieve in the coming months. 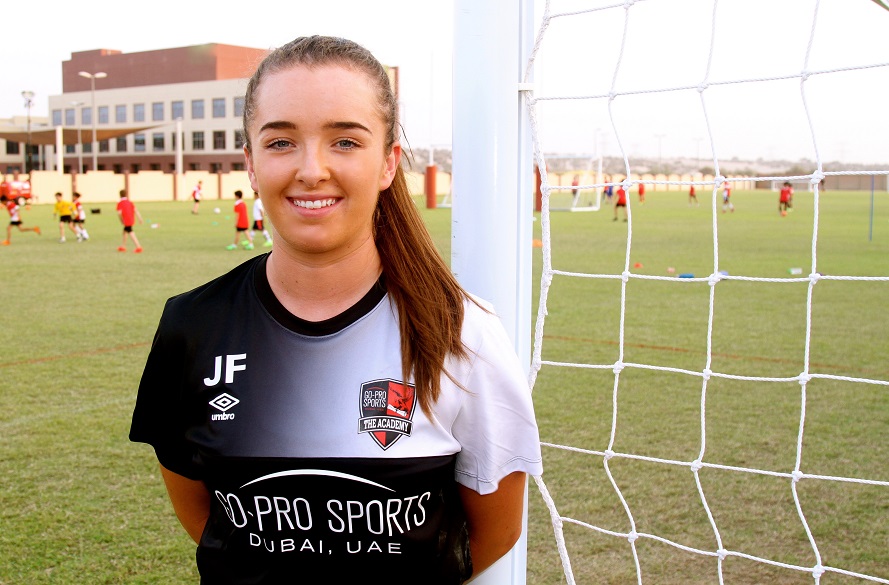 NTU Women’s Football first team have had the perfect season so far this year. Nine wins from nine games in the league has seen the pinks dominate the BUCS Midlands 1A league, the title was confirmed back in December and the winning hasn’t stopped.

In just her first season coaching with NTU, Jennifer has guided the team to the league title with commanding performances week in, week out. It is not just league success that has been a part of Jennifer’s first season, cup success is still on the cards. Wins against Edinburgh and Northumbria has sent the team in to the latter stages of the cup.

With such a fantastic start to life as a coach here at NTU, we decided to speak to Jennifer about her experiences and what she hopes to achieve going forward.

Tell us about yourself and your involvement in football? When did you first start and why?

I started playing football when I was seven. My dad started kicking a ball around the garden with me and he is a massive football fan, so I guess it was his influence that got me started. I played local until I got invited for a trial at Birmingham City Ladies at the age of nine. I progressed through the academy, all the way through to the first team and made my professional debut at 16 to become the youngest player in the Premier League at the time.

After two years with Birmingham, I moved to Nottingham Forest Ladies and then to Leicester City Ladies for a short spell. Following this I started my University career at NTU and played for three years.

How did you get involved in coaching?

I first got involved in coaching when I was 14, I spent the summer coaching underprivileged children in a rough part of Birmingham. I soon realised that I enjoyed teaching other kids to play and tried to do as much coaching as I could alongside my playing career. Once I graduated from university, I was lucky enough to be given the opportunity to work in the USA as a coach. Following this, I got offered to move to Dubai to become the Female Head Coach of a football Academy called Go Pro Sports, where I coached for 3 years, winning 23 trophies in that space of time.

Away from NTU are you involved in any other coaching?

Aside from being the Women’s first team Head Coach at NTU, I am also one of the first team coaches for Birmingham City Ladies WSL 1 team - I joined at the start of this season. 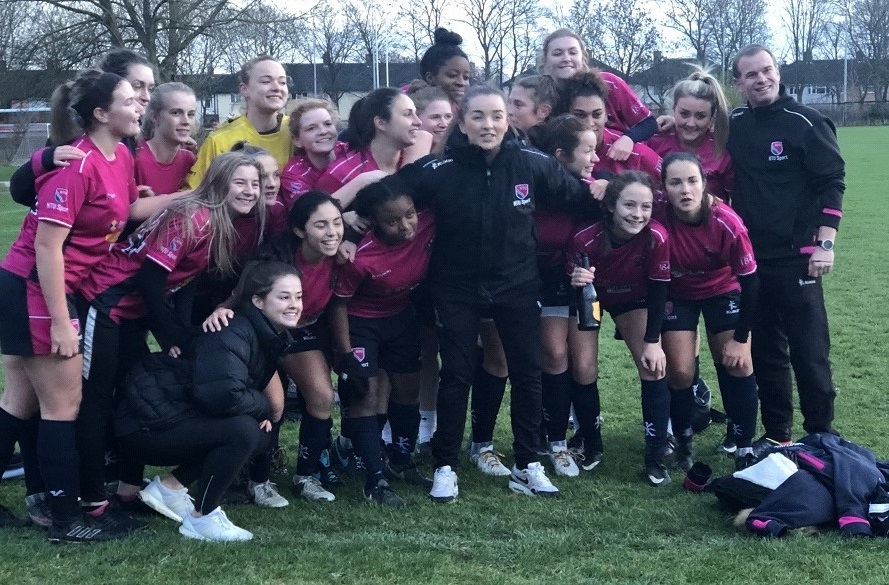 How happy are you with the team’s success so far this season, and what do you hope to achieve in the final few months?

The team has done magnificently this season. We have a great squad and I think Dan has done an excellent job with the recruitment  to allow us to compete at all levels. The team cohesion and their understanding of each other has been a real key to our performances, and I think the older players have been vital in this. Our aim for the final few months hasn’t changed from our targets set at the start of the season. Me and Dan knew we had a special group of players on our hands and as a team we knew our aim needed to be to win the league, gain promotion and look to go as far as possible in the cup. We have won the league, so that’s one ticked off, so now our focus is on the play offs and the cup.

What are your goals for this team going forward over the next few seasons?

If we can gain promotion into the Premier Division, then our aim next season is to stay in that league and finish as high as possible. If we get the recruitment right for next year then we could definitely cause an upset in that league! In terms of over the next few seasons, its about giving this team the continuity of recruiting the right players year after year.

If we can do that, then we know we can compete each season for the league title and the cup, but its also about growing the Women’s game. The university have recognised that Women’s football is growing, and as long as they continue to offer the support to the women’s programme, then we can become the university that provides the best women’s football programme in the country!

Here at NTU we are proud that more and more female students are engaging with sport and activity. Do you think there are barriers that women and girls particularly face in sport?

Women will always face barriers in sports such as football, which are seen as  ‘male orientated sports’. However, year on year, small steps are being made which gives women more of an opportunity to achieve some of the things that the men’s game can.

Seeing women being able to play professionally full time in the Women’s Super League, gives young girls ambition and something to work towards. It’s amazing seeing young girls and boys now watching the women’s game, but until women’s teams are backed fully by men’s clubs, it will always be an uphill struggle for women to compete in the game. I think the success of the England Women’s team is a huge tool for gaining recognition for the game.