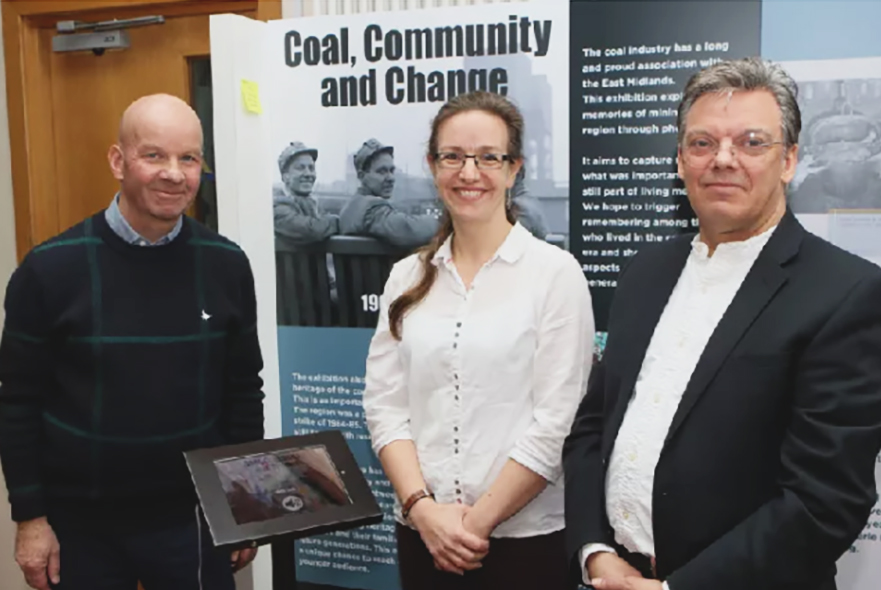 Academics from the School of Arts and Humanities have this month launched their touring exhibition ‘Coal, Community and Change’ at Mansfield Museum. The exhibition focuses on the coal industry in the East Midlands between 1965 and 2015. It focuses on key elements of the mining industry alongside the personal experiences and emotions of miners and their families.

Created by Dr Natalie Braber, David Amos and designer Paul Fillingham in partnership with Global Heritage Fund, the exhibition will head to Chesterfield Museum, Haworth County Council, the National Coalmining Museum for England and finally Conkers Discovery Centre. Locations in the East Midlands and Yorkshire have been chosen to ensure exposure to the widest audience in the region. The aim of the tour is to collect memories and thoughts from the residents of each place, in order to understand varying perspectives and explore why people have different memories of the industry. Dr Natalie Braber, lecturer in Linguistics, commented: “The exhibition looks at the long tradition of coal mining in the area from the perspective of people who lived through it .”

“We want to get people involved by sharing photographs and stories from their experiences of the coal industry, and to challenge the idea that there is a set memory of coal mining in Nottinghamshire.“ 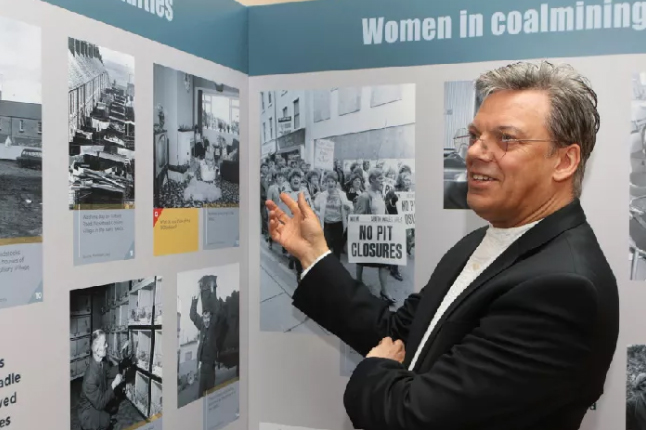 Paul Fillingham with the Coal, Community and Change exhibition
Image courtesy of the Mansfield and Ashfield Chad

The exhibition includes images, stories and interviews encompassing the breadth of the industry, from 1965 through to when the last colliery closed in 2015. The themes explored include; developments in machinery and working practice, women in coalmining, the communities of coalmining and their recreational activities, the strikes of the 1970s and 1980s and the legacy of the mining industry. It was important to Natalie and the team to include a range of perspectives including those of women and children, as well as miners who had different opinions about the 1984  -85 miners’ strike. Natalie added: “We don’t just want to portray one side of the coal industry, we want to trigger emotions from particular events and cross boundaries on what happened, how important people felt it was to them and what they think of it now.”

This exhibition complements Natalie’s ongoing research into mining heritage in the East Midlands, including the language of ‘Pit Talk’ and its significance as intangible heritage. The last colliery closing in 2015 illustrates the vital importance of mining in Nottinghamshire and therefore it should be remembered as part of local heritage. This exhibition hopes to teach children and young people about the industry and its importance to Nottingham and the East Midlands, to keep the legacy of mining alive, whilst also introducing new perspectives to people who were involved in the coal industry themselves.

The exhibition is available free of charge at Mansfield Museum until 30th March, before moving on to Chesterfield Museum.