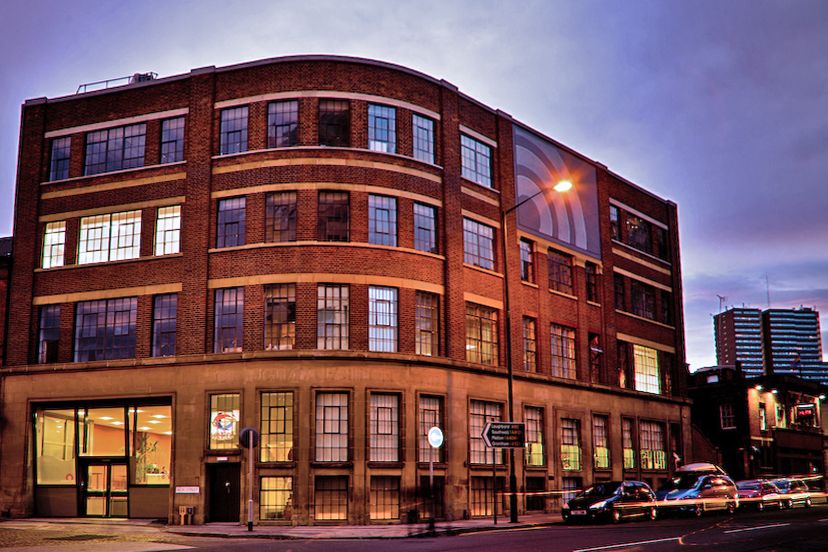 Students studying BA (Hons) English  launched their online magazine ‘Triggered’ with a live event as part of their module Literary Cultures. This module sees students work collaboratively to produce a conference or magazine, with each student undertaking a professional role to build on their employability skills.

The launch took the form of a live poetry event featuring performances from Rory Waterman, Leanne Moden and William Ivory, as well as opportunities for aspiring poets to take up an open mic slot. The band Rolling Thunder, made up of Nottingham Trent University students, also gave a performance.

The students have chosen to base their magazine on the youth of Nottingham today and the challenges they face when they are misrepresented in the media. English student Dom Higgs told us: “We went with the title of ‘Triggered’ as it’s a term heavily associated with our generation, in the sense that everyone assumes we get offended easily and are perceived as “snowflakes”, so our magazine is an attempt to challenge that to give a true portrayal of our generation.”

The magazine explores how literature students can best make their voices heard, and how literature itself is influenced by the social and political movements of the time. The students explore themes such as mental health, music, gender expression and activism in the magazine. It will include articles such as a review of a recent RSC production of Romeo and Juliet, an interview with a local musician and snapshot of English student’s views around social and political events and their place in literature.

Morgan Johnson reflected on her experience of the module: “I think the most enjoyable part of the module is that it completely differs to any other modules I have previously done as part of my degree. I have an interest in journalism, whether this be TV or magazine, so I feel like this is my ideal module as you get the opportunity to create a magazine and include your own pieces. I’ve definitely enhanced my teamwork skills. Literary Cultures is a team work based module that really requires everyone to be on board to create something, so that element has been really interesting.”

Students took on professional roles in order to launch the magazine and organise the event. Each student has taken responsibility for one element of the project, whether it be events management, marketing, writing or editing the piece.