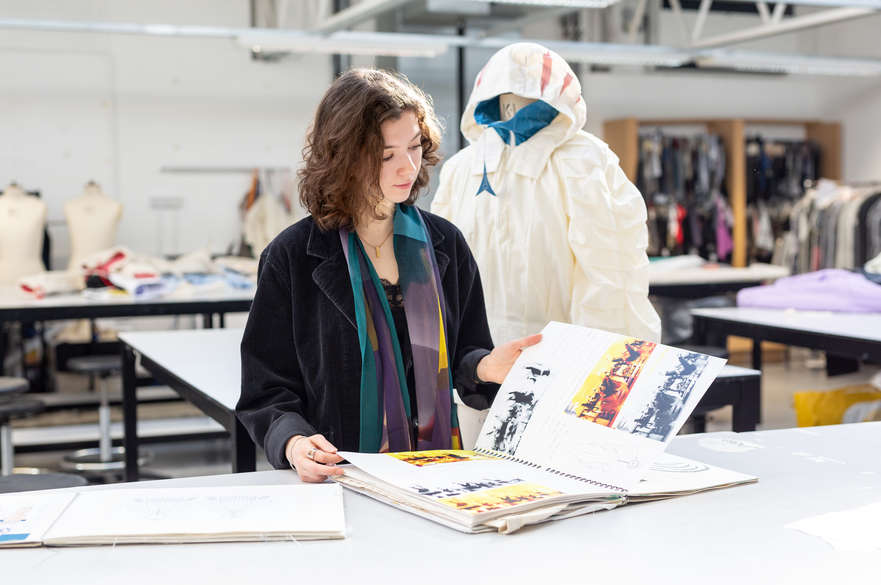 Issy in the design studios

A student on our BA (Hons) Fashion Design course has been selected to take up an internship in the Ralph Lauren Purple Label menswear design division, based in New York. Issy Hambly, currently in her second year of the course, has been successful in a highly competitive selection process, and is one of just five other students selected from the UK, and from a staggering 1324 applicants worldwide.

The initial part of the application was a competition which launched in November 2018, and after that, Issy was put forward as the NTU candidate. Following a plethora of further stages, Issy found out she had been selected in February. She will predominantly be working on creating specification drawings whilst on her internship, but will gain invaluable exposure to all areas of the design division at one of the world’s most recognised luxury brands.

We caught up with Issy in the design studios this month to chat about this amazing opportunity. Reflecting on the application process, she told us: “My tutors Emma Prince and Gilly Staples were very supportive in helping me create a portfolio for the interview. After the first interview, anybody from across the world could apply. I then had to submit a second portfolio, and in early February I had a second video interview with the head designer of men’s outerwear in New York. The next day I had to submit illustrator files of specification drawings, as this will be my main task while on placement. I then received a phone call that evening confirming I had got the internship. I was beyond ecstatic, and the excitement still hasn’t really worn off. I told my tutors the next day, and they had very similar reactions!” 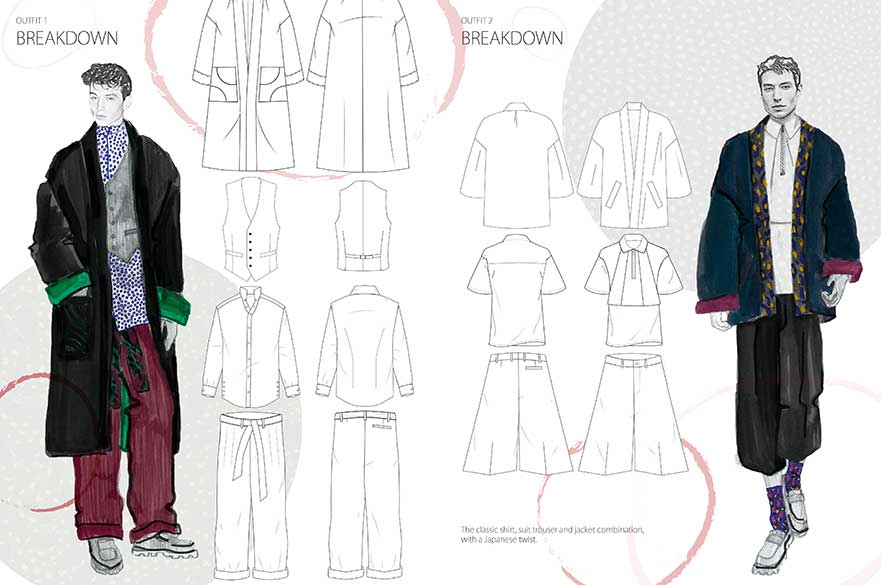 She continued: “I can’t wait to be able to work for a luxury brand. I will be working in the Purple Label of Ralph Lauren, which is the most luxury brand within the company. This means I will be exposed to exciting, new and innovative designs which set the trends rather than follow them. I also can’t wait to live in New York for ten weeks, and to make important contacts – the team actually work alongside the man himself!”

Issy cited the recent industry project with Next as a real boost to her confidence. She said: “Our project with Next really pushed me to work hard on menswear. Tom, the menswear designer at Next, really pushed me forward to create a great menswear collection, which I submitted to Ralph Lauren to show my experience in menswear. For this reason, I have been put on menswear outerwear design while at Ralph Lauren.”

A spokesperson at Ralph Lauren explained why Issy had been selected: “In addition to her strong creative abilities, the team was very impressed with how organised and professional she presented herself. Additionally, the hiring manager said the deciding factor as to why she chose Issy was her passion. She could really see Issy’s drive during the video interview.”

Issy will take up her internship this summer, and we look forward to catching up with her when she returns!