An FdSc Horticulture student has won a BBC and Royal Horticultural Society garden design competition. Her design will now go on to be built at the RHS Chatsworth Flower Show in June. 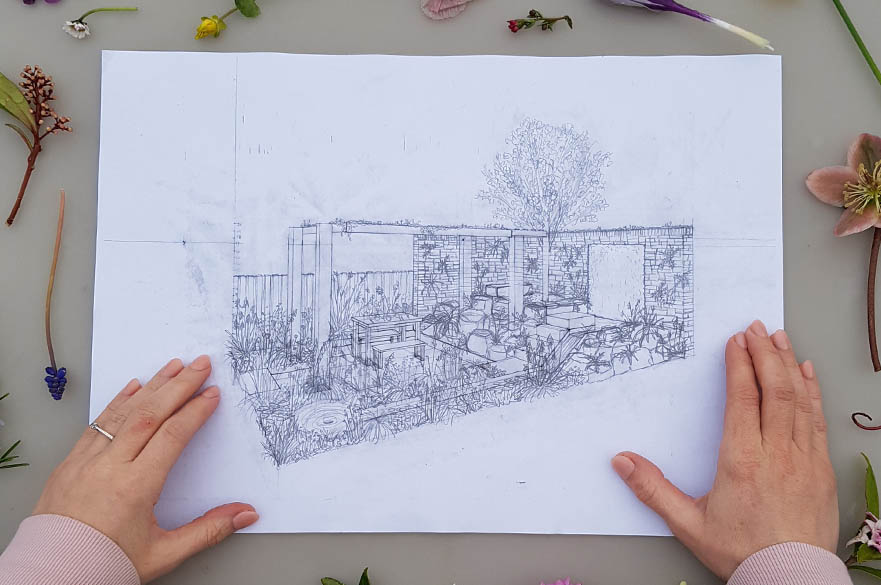 Emily Barnes, who is currently studying FdSc Horticulture at Nottingham Trent University, was told she had won the competition live on BBC Radio Sheffield earlier this month.

The competition, which was launched in January, called on amateur gardeners and aspiring garden designers from three different regions to submit a garden design, taking inspiration from the local area and including creative ways to get the most out of a small space.

Gold medal winning garden designer Lee Bestall will mentor Emily and a landscaping contractor will build the garden, which will be on show at the RHS Chatsworth Flower Show from 5th – 9th June.

Speaking of her win, Emily said: “My mum sent me a text about the competition as she heard it on the radio in mid-January. I want to be a garden designer when I graduate, so I thought I had to give it all I’ve got as it’s a once in a lifetime opportunity, an amazing way to get into the industry, gain experience and build my portfolio.

“My design is inspired by the enduring relationship between Sheffield and the surrounding Peak District. It uses materials such as steel, gritstone, limestone and drystone walling which all come from the area.

“My design shows how the raw materials from the peaks were harnessed to create Sheffield’s famous steel industry and today how The Peaks offer a place of natural beauty and recreation. IT also shows how you can be creative in a small garden using different levels to create the illusion of space.

“It has lots of wildlife friendly planting, which is hugely important to me as I believe our gardens should be a haven for creatures great and small. My garden portrays how all of this can be achieved whilst retaining a modern, sophisticated aesthetic.”

Emily even received a phone call from the BBC checking she wasn't a qualified designer, as the entry was of such a high standard.

She said: “I had a phone call from the BBC telling me I’d been shortlisted and checking I wasn’t a qualified designer as the competition was only open to amateurs and they were so impressed with my design- wow moment!

“They invited me in for an interview live on the breakfast show to talk about myself and the design. When I arrived, I expected to be with other candidates but I was the only one there. I started to get butterflies but didn’t dare let myself think I had won in case I hadn’t. The interview was quite a blur as I was so nervous, and when they announced mid conversation live on air that I had won I couldn’t believe it. It is a dream come true!” 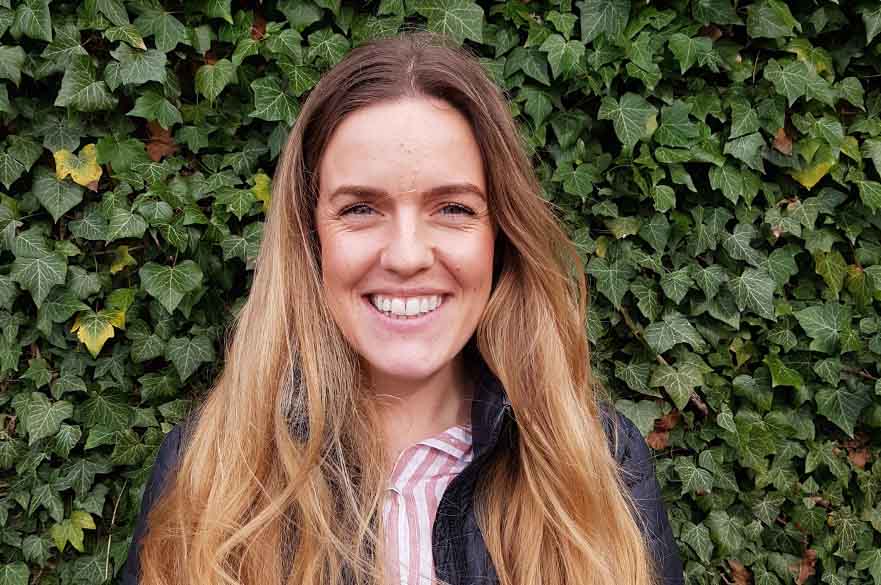 Currently a mature student at NTU, this is Emily’s second time studying with us, but unfortunately she had to leave the course due to personal reasons.

“I have studied with NTU before - the first time round was eight years ago. I started the same course but found out I was pregnant in the first term. I quickly fell very ill during my pregnancy so had to stop my studies. It was a difficult time, my ill health and new responsibilities meant I couldn’t continue studying.

“I now have two beautiful children aged seven and three and a wonderful supportive husband. I love gardening and design and decided to apply to university to start the horticulture course again and pick up where I left off. I didn’t expect to be building a show garden so soon even though it's been on my bucket list as long as I can remember!

My time at NTU has really boosted my self-confidence and enriched and broadened my knowledge in horticulture, which is hugely important as a garden designer. “My time at NTU has really boosted my self-confidence and enriched and broadened my knowledge in horticulture, which is hugely important as a garden designer. Yvette Smith my garden design lecturer is a great inspiration and has taught me how to draft a design plan and create scale drawings. NTU has really opened a door for me by giving me a second chance.

“Winning the competition has been one of my biggest achievements ever. It’s a defining point in my life and has provided such an amazing platform for which I could potentially launch my career in garden design.

“I feel so incredibly lucky and proud to have the opportunity. It has given me the biggest boost of confidence and self-belief in myself as a designer. I’m happy my children can witness me achieve my dreams, especially because it has been such a difficult and winding road to get here. I hope it inspires them to go for it in life. I hope I have shown that no matter what your experiences or situation if you put in the hours and take opportunities you can get there.”

Dave Jukes, lecturer in horticulture at NTU added: “The course team are really pleased and proud that one of our own students has won this opportunity.

“Emily is just taking her first steps towards a career in garden design and this will give a huge boost to her profile and design portfolio. The design work she submitted for this competition was of an exceptional standard.” 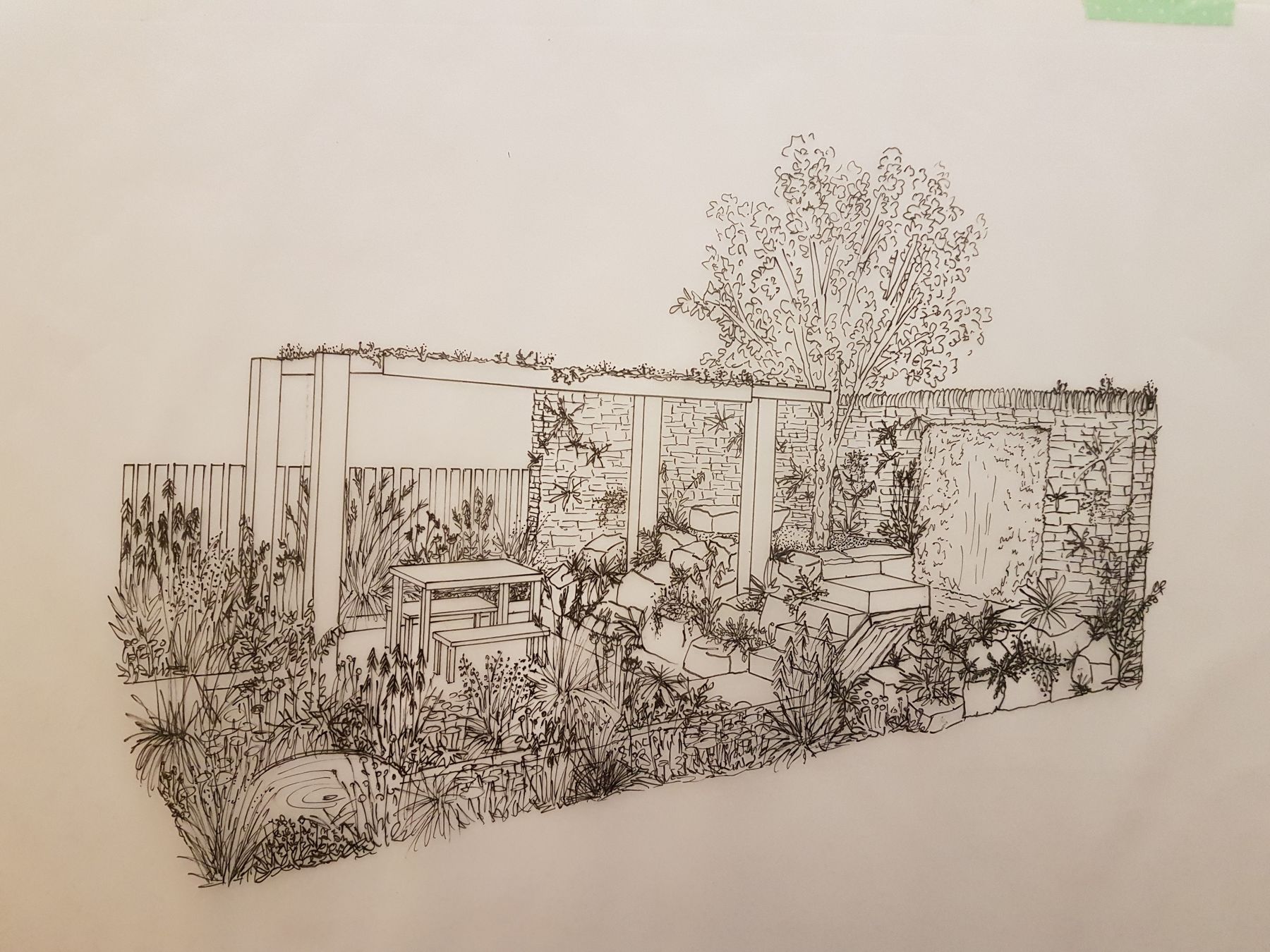