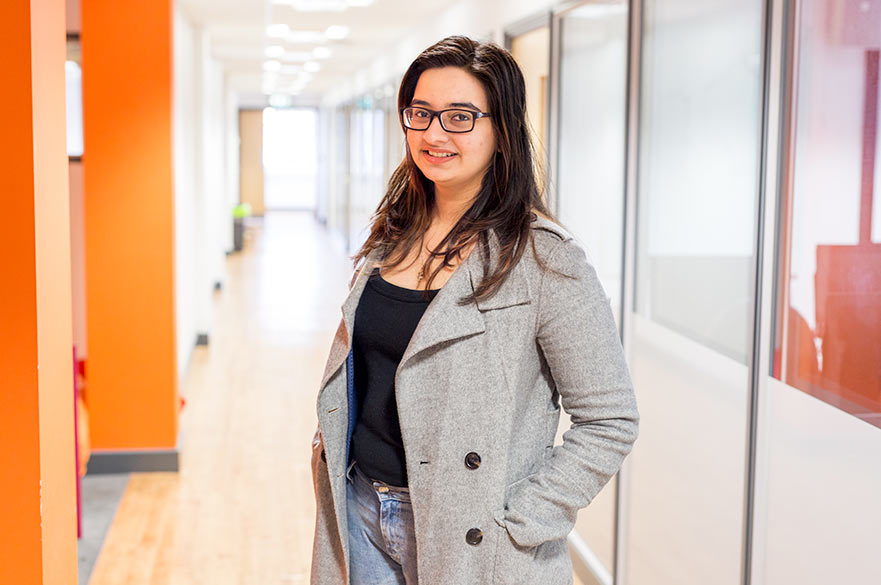 BA (Hons) Journalism student Malvika Padinharathra received the People’s Choice Award for the mobile and online journalism website YAJA (Young Art Journalism Awards). YAJA is a faction of the Art News Portal website, which allows journalism, media and art students an opportunity to publish articles online to expand their portfolio and reach a global audience. The website is an independent and self-funded programme, bringing together aspiring journalists from around the world to talk about the culture in their local area.

Malvika’s article introduced readers to the Chinese café August Moon Tea in Goose Gate, Hockley. The unique café celebrates the culture of Chinese ceremonial tea and its benefits for mindfulness. Visitors to the café take part in formal Chinese tea ceremonies, with silence and peace encouraged rather than the noise and chatter of a generic café. The café also hosts community events to teach Nottingham locals about Chinese culture, such as art workshops, Chinese language lessons and Chinese tea making. The article was Malvika’s first piece for the site, so it has been a fantastic achievement to win the award.

Reflecting on her award win, Malvika commented: “It was really amazing to win this. I’ve been working quite hard the past few years of my degree to establish my name as a journalist. Since then I’ve produced over 250 articles to my name, created content for print and met some really amazing people. This award seems like a recognition for all the hard work I’ve put in- it felt so encouraging to be recognised.” She added: “It was also really nice to see more people have an interest in visiting the cafe after reading my piece.”

Malvika is an international student, and has been determined to make the most of her time in the UK. She told us: “Leaving home was one of the most nerve-wracking decisions I’ve made but it is one of the best decisions of my life because I’m on my way to being the best I can be! Yes, it was daunting and you definitely feel like a fish out of water for a bit, but then you settle in and it begins to feel like home. Personally, I am much more confident in my skills and in myself than I’ve ever been, and I owe a massive part of this change to my time at NTU.”