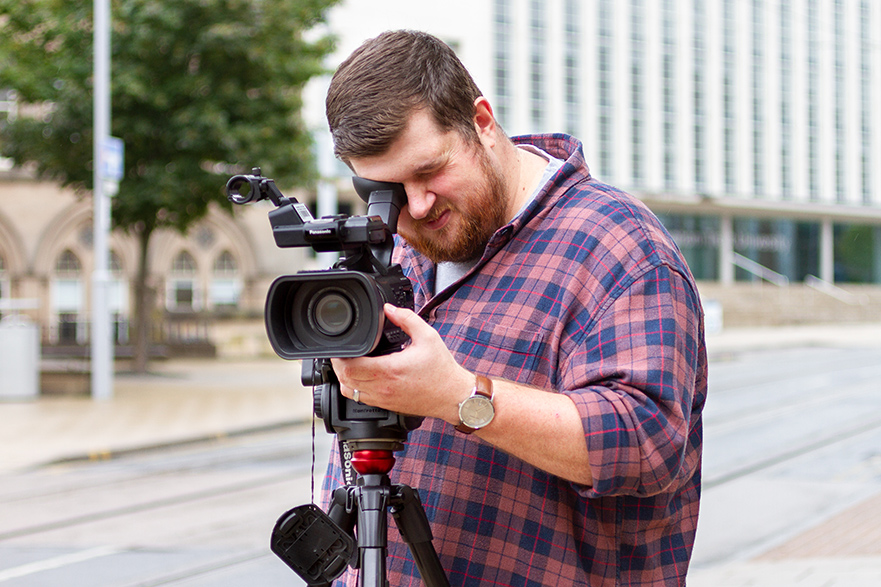 Ashley Carter, MA Documentary Journalism graduate, has recently been appointed the new Editor of Nottingham’s popular LeftLion magazine. He replaces Bridie Squires, who is now on secondment as Nottingham Trent University’s first ever Writer in Residence.

After writing for the publication for several years, Ashley became Screen Editor in 2017. He played a key part in developing LeftLion in this role, founding the LeftLion Film Podcast and writing a monthly film column in the magazine. He spoke to LeftLion about the new role: “I’ve loved LeftLion since I first moved to Nottingham nine years ago, and am absolutely delighted and humbled to be given the responsibility of this new role.”

“I’ve been lucky enough to work under two amazing editors in Ali Emm and, more recently, Bridie Squires, who have set an incredible example of enthusiasm, commitment and creativity that I will try as hard as I can to follow. LeftLion is a cornerstone of Nottingham’s creative community and I’m excited to take on the challenge of continuing to showcase the very best that the city has to offer.”

During his MA in Documentary Journalism, Ashley directed the 2017 feature documentary Shaun Baker: One More Time. He also produced a short documentary titled Ladies & Gentlemen: Flex Buffington which was screened at the Burning Hammer Film Festival in London. He is currently working on another feature length documentary The Dreams of Running Bear.  He was awarded the Postgraduate Journalism Highest Achieving Student Award following his time at NTU.

Ashley found that carrying out multiple projects as part of his MA degree enabled him to develop the workplace skills he now uses at LeftLion. He told us: “I would highly recommend MA Documentary Journalism for a lot of reasons. Firstly, the intensity is great in that I feel that it prepares you for life in the industry – you get to make so many different projects across various platforms, which is brilliant for helping you choose the specific field you want to focus on post-Uni.”

“The staff are friendly and hugely knowledgeable and passionate – some of my favourite memories from the course came simply from talking to Lyn about different documentaries, and picking her brains about films that I hadn’t seen or directors that I wasn’t familiar with. It’s comprehensive in its scope, as you’re learning as much about documentary theory and history as you are the practical process of making them – as well as the legal side, pitching, pre-production and everything else. It’s literally everything I wanted from a Master’s degree. “