NTU fall to defeat away to Hartpury

NTU Men’s Rugby Union travelled to Gloucestershire to face Hartpury, with hopes of getting a win to keep them in touching distance of safety. However, it was not to be as a strong Hartpury side asserted themselves well to take the victory. 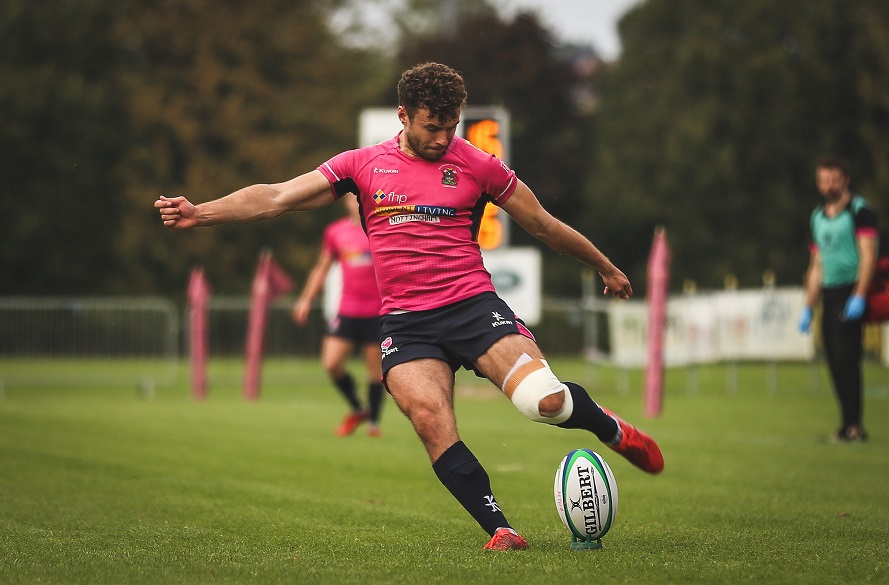 NTU Scholar Will Sutton in action.

As the BUCS Super Rugby season enters, its final rounds NTU Rugby Union made the trip to Hartpury with the aim of securing back-to-back wins after an excellent victory against Northumbria last week.

Coming in to the game after a home win over Northumbria, NTU knew they required another win to keep them in with a chance of avoiding the regelation spot. But it was not to be for the men in pink as they fell to defeat. The final score HAR 50-15 NTU.

After the game, NTU remain tenth and at the bottom of the table with one game left to play. The team now know they will go in to a play-off against the winner of the North A vs South A play-off to determine if NTU will remain a BUCS Super Rugby team next season.

NTU fought hard throughout the match to try to take something from the game. Unfortunately, for NTU, Hartpury proved to be too strong for the team in the second half as they added a number of try’s without reply to win comfortably.

The visitors started well as they took the lead and went in at the break with the scores level. The game entered halftime with the scoreboard at: HAR 15-15 NTU.

Despite some excellent battling and dedication from NTU, they just couldn’t break down the Hartpury defence in the second half. The final score when the whistle blew: HAR 50-15 NTU.

With NTU having one game left to play this season, they will have one eye on the upcoming play-off and want to go in to it with the best form possible.

NTU fall to defeat away to Hartpury