An NTU lecturer won Best of Breed at the 2019 Crufts dog show with her Parson Russell Terrier, Stanley. 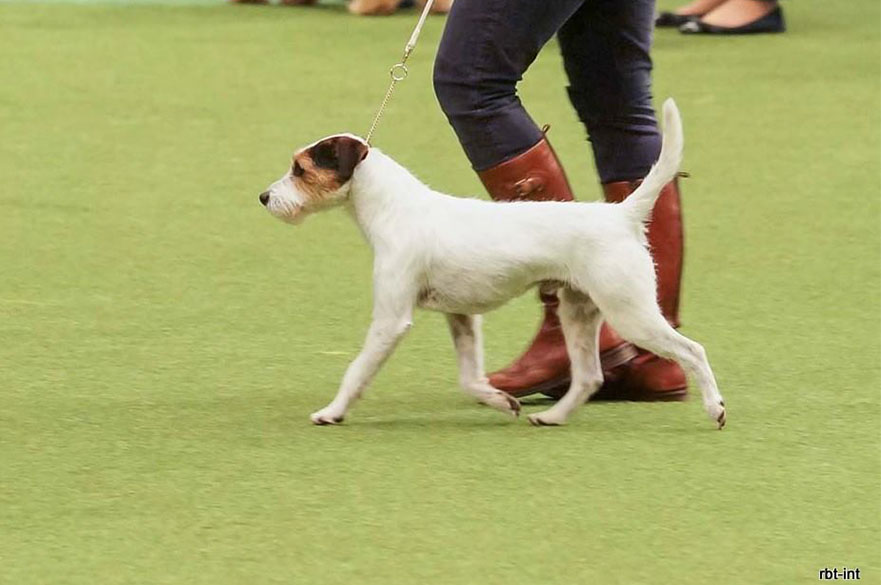 Sarah Broadberry, a principle lecturer in Animal Science, owns a small kennels of the breed, and regularly shows them.

Stanley, who’s Kennel Club name is Champion Midlen Magnum at Ratscallion, battled against 111 other Parson Russell Terriers to be crowned Best of Breed, meaning he competed in the Terrier group, which was broadcast on Channel 4 from the NEC in Birmingham.

In 2017 Stanley was joint top terrier puppy in the UK and was crowned a champion last year. He has now won 10 Challenge Certificates, 8 with Best of Breed, including Crufts 2019. 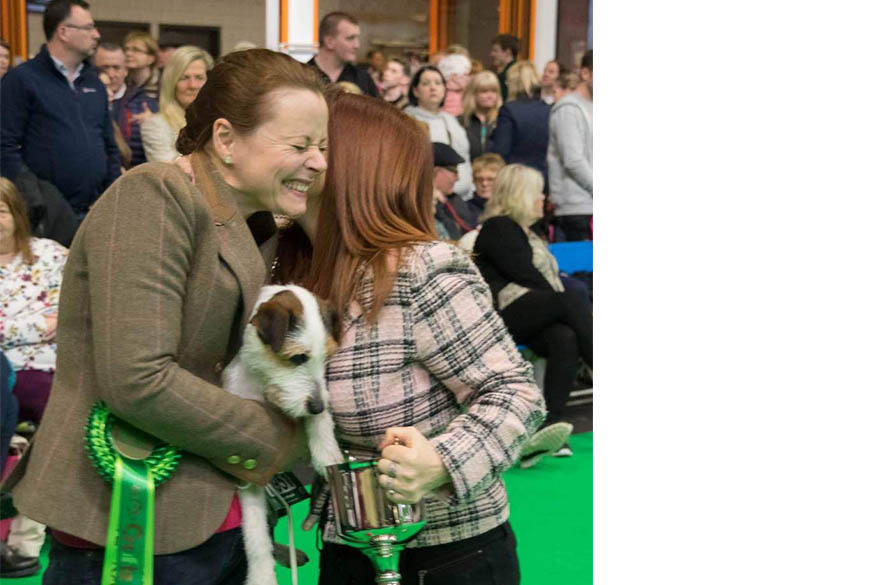 Elsewhere in the show Sarah also won the Puppy Dog class with Stanley Reuben and second in the Junior Bitch class with Ziggy – both Parson Russell Terriers.

The day was particularly special for Sarah as her dog Taggie won Best of Breed at Crufts in 2016 but she was unable to show her due to illness.

“At Crufts 2016 I was only discharged from hospital the day before and in my wheelchair as I was unable to walk. Due to my illness I have no memory of the day and Taggie was handled by a good friend", explains Sarah.

“Winning with Stan three years later and being able to not only show him myself but walk into the main ring for the Terrier Group is a feeling I struggle to describe.

“Stanley is a family pet who is also a show dog. He is naughty, as all good terriers are, but we all love him and couldn’t be more proud of him.

“I had a great day keeping my hand in with the ‘animal’ part of my lecturing role.”