NTU pick up first win since November to keep hopes of survival alive.

NTU Men’s Rugby Union welcomed Northumbria to a sun-drenched Lady Bay, with hopes of getting a much-needed win, after a streak of poor results for the team. Thanks to a fantastic first half showing, the home side came away with the victory. NTU returned to Lady Bay after a close fought defeat away to Cardiff University last week. Coming into the match against Northumbria the team knew nothing else would suffice other than a win, as they battle to avoid relegation.

The home side had a commanding opening 40 minutes, with five tries in the first half. After the restart, Northumbria finally got going and started to build momentum as they pulled the scores close. However, it was NTU who held on and came out with a win: NTU 43-41 NOR.

Superb collaboration from Ed Morgan and Harry Graham set Will Sutton on his way to get NTU’s first try off the game. Sutton made a successful conversion to add the extras: NTU 8-0 NOR.

The visitors went over the line straight after the restart after a mix up between NTU’s Alex Goble and Caetano Branco in the air. But, the home side fought back immediately as Harry Clempson showed fantastic footwork to get the pinks second try of the match: NTU 15-5.

It got even better for NTU when Sutton burst through the middle of the pitch to add another try. The excellent first half kept getting better and better as Cecil MacCarthy pushed over the line to add a fourth try: NTU 29-5 NOR.

With the game edging towards half time, NTU’s Jake Farnworth picked up a yellow card which temporarily reduced the pinks to fourteen men. The visitors managed to capitalise to get their second try of the game: NTU 29-10 NOR.

Right on the cusp of the interval, NTU managed to obtain a fifth try as Goble broke free on the Northumbria left to glide over the line: NTU 36-10 NOR.

As the sides went in at half time, NTU had the advantage after a super charged first half. The score at the interval: NTU 36-10 NOR 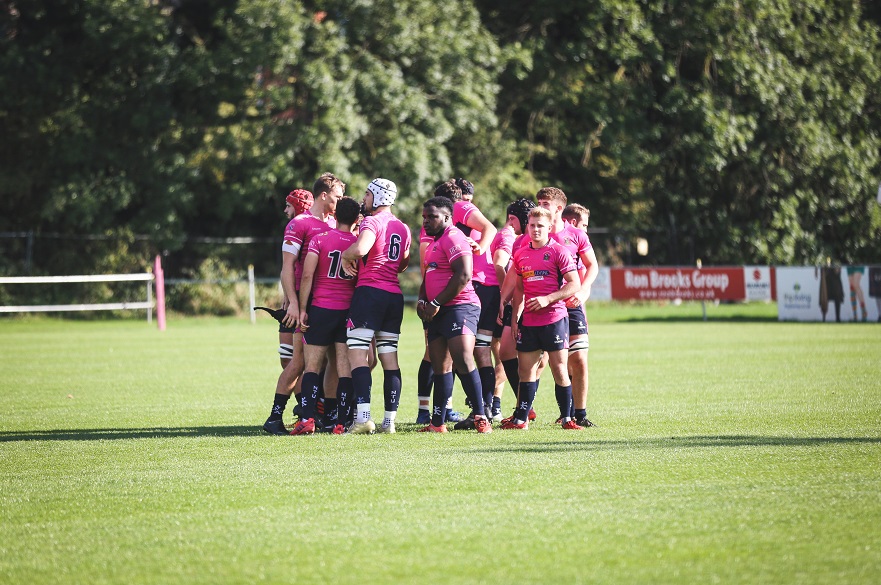 The team know they need two big performances to finish the season.

Northumbria came out for the second half looking determined to claw themselves back in to the match, they started the half well as they went over within just six minutes of the start of the second half: NTU 36-17 NOR.

Great work from NTU’s Ed Morgan saw him play a beautiful grubber kick through to Graham who turned on the speed to go over once again for the home team: NTU 43-17 NOR.

With NTU’s list of injured players mounting up as the clock ticked down Northumbria utilised a strong bench to hit the pinks hard. Four tries without reply helped bring the visiting side bring the score to within two points: NTU 43-41 NOR.

Incredible battling from every NTU player on the pitch kept them hanging on to a slender lead as the game entered its final stages. Despite Northumbria throwing everything they had at the home side they couldn’t comeback from NTU’s early lead.
The final score for the game that saw NTU battle all the way until the final whistle: NTU 43-41 NOR.

The result puts NTU on twenty-two points just seven behind Loughborough, who are in ninth place and were defeated by Cardiff University in an incredibly close 24-26 win for the Welsh side.

NTU return to training as they prepare to face Hartpury twice in quick succession to finish the season. The team know they have win their final two games to stand a chance of avoiding finishing bottom of the table.

NTU pick up first win since November to keep hopes of survival alive.