Businesses must strive for a balance which places equal value on the presence of men and women in the boardroom, the leader of one of Britain’s top business groups says. 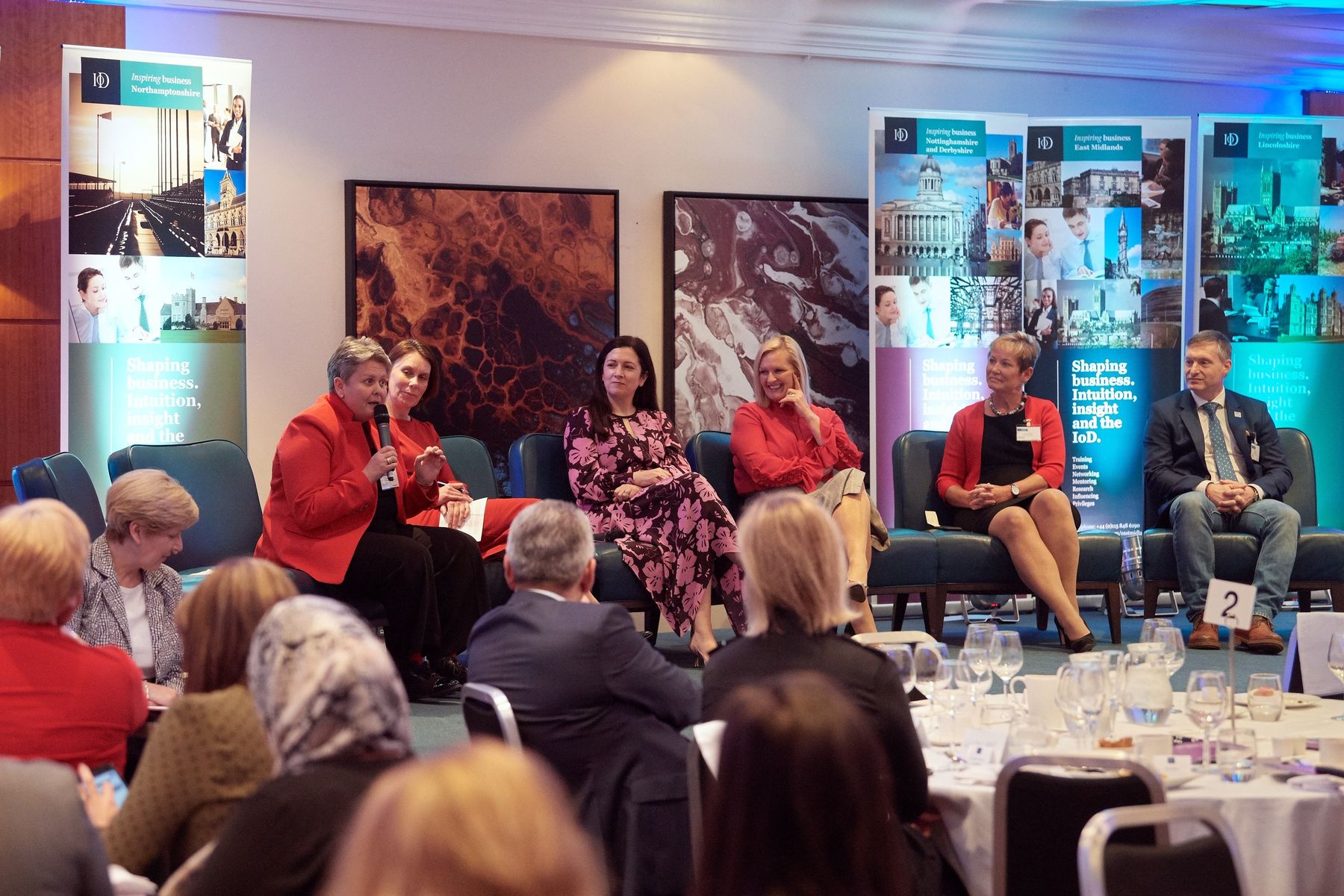 Charlotte Valeur, the chair of the Institute of Directors, spoke out at the organisation’s annual Women As Leaders Convention, which was held in Nottingham and sponsored by Nottingham Business School.

Charlotte has been a powerful advocate for increasing the numbers of women at the top table in business, having worked at board level in a number of major companies. She also founded Board Apprentice, a not-for-profit organisation dedicated to increasing boardroom diversity.

She told the Convention, held at the Crowne Plaza: “We might need to change the language in this debate. Women have been excluded and still are and though progress has been made the pendulum needs to swing further.

“But let’s start talking about balance and put that pendulum back in the middle. When you have male and female leadership working together you get more than one plus one because it creates additional value.”

She said ‘valuism’ – measuring success through a better quality of life, standard of living and happiness across society – was going to become increasingly important for business in years to come.

“We want to get to a place where there is space and respect for everybody,” she said. “That is not about gender or ethnicity or belief. It is about focusing on human talent and everything that flows from that. As leaders, we come with a responsibility to be role models for the wider society we’re all part of, and if you can’t do that you can’t be a leader.

“The IoD’s membership is changing. If you look at members aged over 50, it’s around 75-25% in favour of men. But under 40 there is pretty much a balance. And within five years, we will all be living in a world which is more than 50% millennial-raised. So that is a new generation of customers, buyers, voters who have been raised on values.”

The Women As Leaders Convention is now in its fifth year and attracted an audience of more than 150 mostly women decision-makers.

Karen Smart, who enjoyed a distinguished career in the RAF before she moved into business, said: “Being a role model is really important, and as a female in a male-dominated world that is about letting people see the real you.

“You can’t do leadership via email. The only way you can give direction and show people where you want to go is by getting out there, talking to them, and getting feedback first-hand. That is what builds trust and respect.”

Reflecting on her own success in rising to a senior position at one of Europe’s top 100 business schools, Melanie Currie said: “In higher education, we work with some fantastic students and colleagues who have a real passion for learning and moving forwards. What has always been inspirational for me is being a part of those journeys.

“I work on the basis that the pathway will always be there. If someone tells me that the door to an opportunity is closed and I should come back later, I’m going to be coming back sooner.”

Nottingham Business School’s sponsorship of the event is part of a programme of activity related to the School’s 40th anniversary, which will be celebrated later this year.