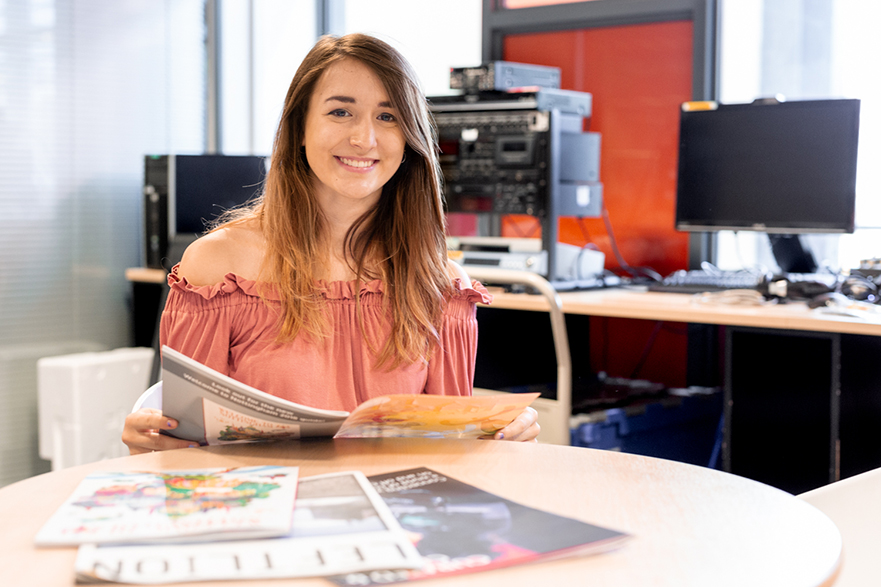 The judges said that Eve, Editor-in-chief of Nottingham Trent Student Union magazine Platform, is clearly always on the lookout for an engaging story. They added: “She clearly demonstrated this skill with a compelling portfolio of articles, reflecting the serious, the sensitive and the fun side of life.”

Gurjeet’s portfolio included a range of thought-provoking and emotive stories. One story focused on a Muslim doctor whose great-grandfathers fought for the British Army in WW1 in a Punjabi Regiment, highlighting the sacrifices made by minorities for the British Empire, an aspect of history that is often overlooked. He also included a captivating interview with a highly successful criminal defence lawyer who has been blind since the age of eight.

The awards were organised by Birmingham Press Club in order to celebrate the achievements of the next generation of journalists, broadcasters and photographers. The awards attracted several hundred entries from universities and colleges in the East and West Midlands, including Birmingham City University, De Montfort University, University of Gloucestershire and University of Northampton among many others.

Birmingham Press Club chairman Llewela Bailey said: “Many well-known names in the media world have kick-started their careers after having successfully negotiated their courses at Midland universities and colleges. I have no doubt that those who entered our awards will be following in their footsteps. The standard of submitted work was truly outstanding – a real credit to the lecturers who are helping to craft their careers.”