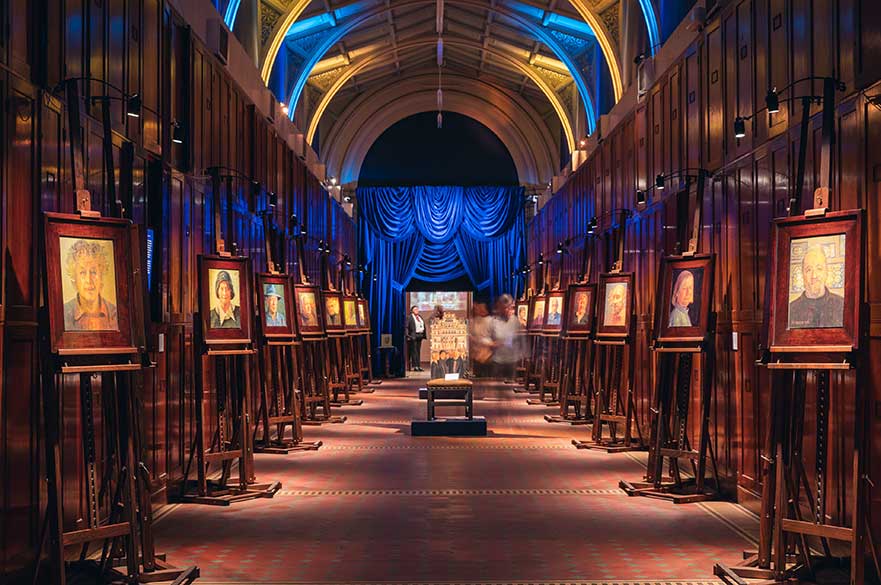 Behind the Curtain installation shot

Totie Driver, a Senior Lecturer on our BA (Hons) Theatre Design course, has worked on a new exhibition at London’s V&A Museum which presents portraits of major figures from British theatre and film. Behind the Curtain, which runs until Sunday 19 May,is an impressive collection of 27 portraits by artist Francis Hamel. All 27 subjects have held the prestigious position of Visiting Professor of the Cameron Mackintosh Chair of Contemporary Theatre at Oxford University, and some are very familiar faces; Ian Mckellen, Meera Syal and Stephen Fry to name just a few.

Totie is a highly experienced industry professional, having spent the last 25 years working on numerous stage designs across London’s West End and beyond, including the National Theatre, RSC, Donmar Warehouse and Glyndebourne.  In 2016, Miss Saigon hit the big screen in cinemas across the world, for which Totie won ‘Best Stage Designer” at the WhatsOnStage Awards. 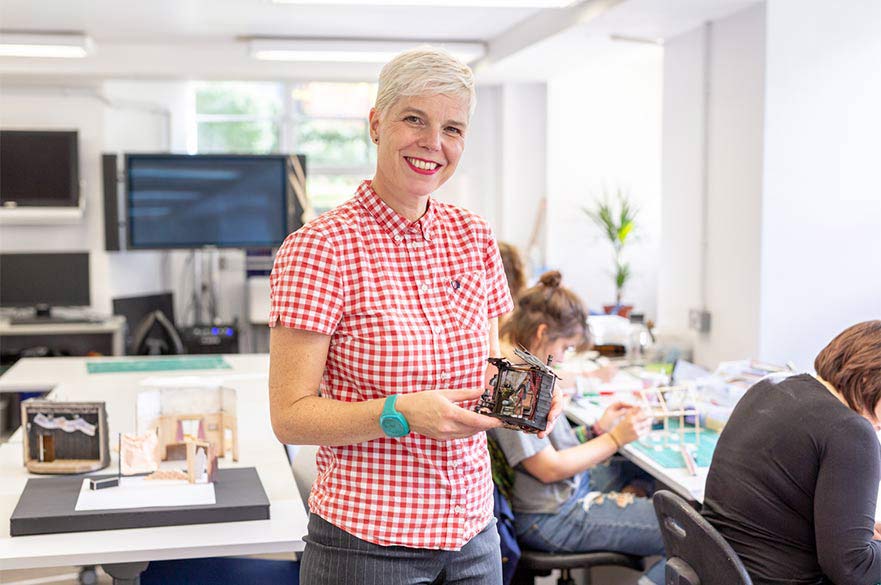 We caught up with Totie who told us more about her involvement in the exhibition: “I was asked by Cameron Mackintosh to help him 'sprinkle some theatre magic'. As the exhibition was called Behind the Curtain, I decided to design two sets of theatre drapes at each end of the gallery for the audience to travel through, which frame the space to emphasize a theatrical atmosphere. Talking with Francis, we planned how to display the paintings and how to light the space, plus added a soundscape fitting to the portraits.”

She added: "It was an incredible experience working at the V&A and with Francis. He was very pleased with the final environment for his beautiful paintings."

Behind the Curtain runs at the V&A Museum until Sunday 19 May, and entry is free.