Brad Jones received the awards at the 2019 Awards Ceremony, hosted at the University of Nottingham Brad Jones at the awards ceremony

Brad Jones, BA (Hons) Broadcast Journalism student has won the award for Best on Screen Talent at this year’s National Student Television Awards (NaSTA). Bradley is Deputy Station Manager at TrentTV, the official TV Station of Nottingham Trent Students' Union, and was nominated for the award by his fellow society members.

The National Student Television Association is a support network for student television stations across the UK, offering opportunities for students to exchange ideas, collaborate and improve their technical knowledge. They offer technical, alumni, marketing and programming forums in order for students to ask questions about specific topics. They hold a conference and awards annually to award the best of student TV throughout the year, which is showcased to an audience of students and members of the television industry.

In his role at Trent TV, the award winning station of Nottingham Trent Students' Union, Bradley has presented news packages, gameshows, and covered events in Nottingham. Trent TV produces a wide variety of content such as panel shows, sports highlights, news features and more, all of which Bradley has been a part of. 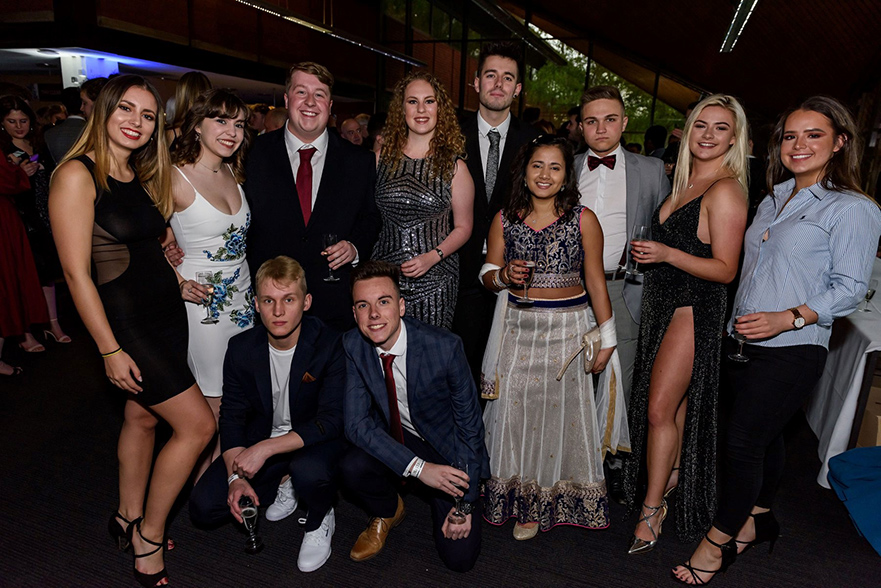 The TrentTV team at the NaSTA Awards

In order to enter the award, Bradley had to submit a showreel of his best work, which was then shortlisted by Trent TV. This saw him hosting a gameshow, covering Fresher’s week, and reporting on the latest news around Nottingham City Centre. Bradley told us how great it felt to be nominated: “It felt amazing to be nominated by my peers at Trent TV for this award. I had to forward a showreel (5 mins of my best presenting work) to a panel here at TTV before even going forward to NaSTA. This was difficult to put together but SO worth it as it made winning so much better!”

When asked how it feels to win, Bradley commented: “When it was announced I was shortlisted, I could feel myself tearing up and all my friends at the table were grabbing me! Then when I won I just burst into tears I just could not believe it. It still hasn't sunk in!”

Awards like this can help set students apart when they enter the industry, and allow them to network with professionals. Receiving recognition from the industry is invaluable for Bradley, who graduates in July. He discussed his plans for the future: “I'd love to go into presenting television and radio. It’s my passion and I absolutely adore what I do here on the course and at Trent TV. I hope the award will get my name noticed and allow me to showcase my skills to more people.”