NTU Hockey duo awarded player of the year accolades for outstanding achievement and contribution this season.

Nottingham Trent University Hockey players Bridget Kiddle and Alex Blumfield were recently awarded in recognition of their outstanding contribution to the Women’s and Men’s teams success across the 2018/19 season. 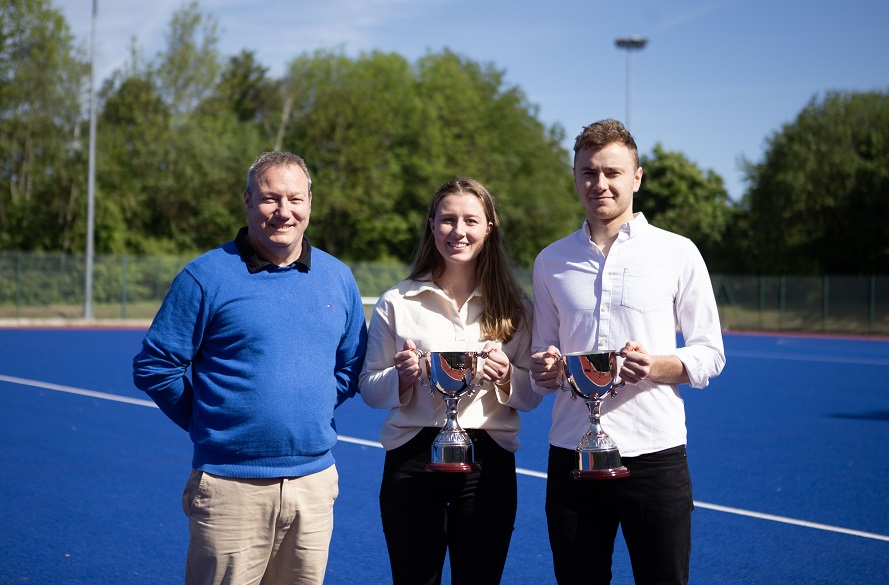 Bridget Kiddle has had an excellent season, finishing as joint top scorer for the Women’s First Team. The side had a hugely successful year winning the BUCS Premier B League without losing a match all season. The team stormed to five wins from five home games, a highly impressive feat in such a competitive league.

The team also had a great year in the BUCS league. Commanding victories against the University of Liverpool and Sheffield put the pinks through to the quarterfinals of the competition, two tough away matches followed with NTU battling to win both games on flicks.

NTU triumphed in the final at BUCS Big Wednesday, defeating a strong Loughborough side 2-1 to take home the trophy.

Bridget and Alex have performed brilliantly for NTU, and fully deserve the accolade of Player of the Year. Both the women’s and men’s hockey first teams here at NTU have been hugely impressive this season and these two players have been crucial in that success – well done and thank you! 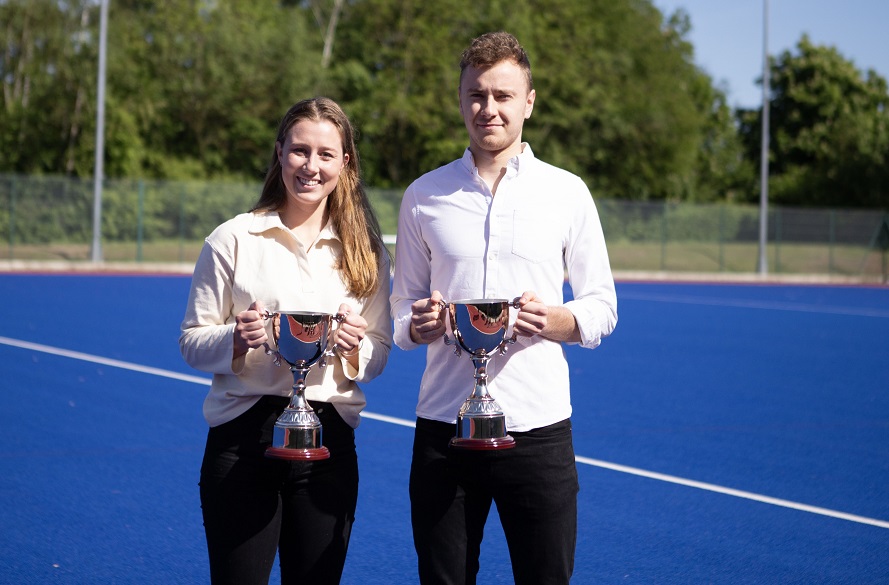 Alex has been a standout player for the Men’s first team this season. Contributing with goals, assists and his commitment to undertake the hard work that is required in the centre of the pitch.

The team have had a strong year finishing second in the BUCS North A league with seven wins from ten games. The men in pink also made it to the semi-final of the BUCS Championship narrowly losing out to a strong Exeter side.

Head of Hockey Colin Clarke added: “As a postgraduate student, Bridget managed to seamlessly transition into the team. It was not only her performances for the team that led to this award but her ability to mentor and support her teammates throughout the season.

“We wish Bridget all the best on her return to New Zealand once she has completed her Masters.

“Alex was the catalyst for us not only to win matches, but he helped enable us to play with an attacking brand of hockey not seen elsewhere. I am excited to see how Alex and the team can push on next season.”

Congratulations to both Bridget and Alex on a fantastic season all for their contribution to NTU.

NTU Hockey duo awarded player of the year accolades for outstanding achievement and contribution this season.