A new study involving Nottingham Trent University will use video footage to help identify and reduce the risk of injury to horse and rider in the equestrian sport of eventing. 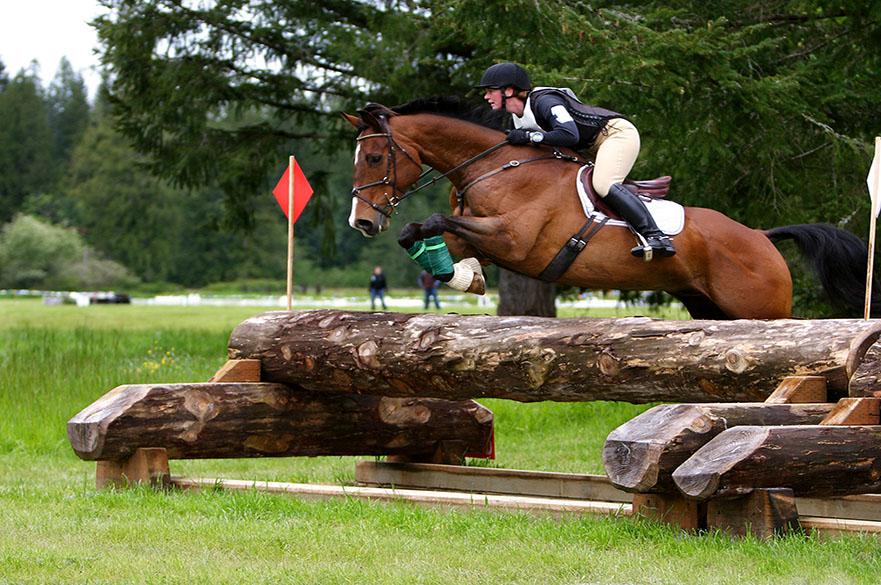 In recent years, eventing has been in the spotlight in relation to falls during the cross-country phase,which aims to prove the speed, endurance and jumping ability of the horse.

The innovative research project is being led by NTU’s School of Animal, Rural and Environmental Sciences, in collaboration with An Eventful Life.

Despite governing bodies of the sport working hard to reduce risks in the sport, researchers argue that further work is required to identify factors which contribute to these occurrences.

The project will utilise An Eventful Life’s video footage of international and grass roots eventing competitions in the UK, Australia and New Zealand, providing an extensive and searchable library of footage as background data for the research.

The researchers hope to evaluate the factors that contribute to successful jump clearance and apply their findings in coaching scenarios and to influence improved jump design.

Nottingham Trent University PhD student, Jess Johnson, said: “The benefits of video feedback have been demonstrated in other sports, such as tennis, but its use in equestrian sport has not been fully explored.

“Through the use of videography, the researchers hope to evaluate the factors that contribute to successful jump clearance, apply their findings in coaching scenarios and influence improved jump design.”

“The factors which contribute to successful jump clearance have already been studied, what makes this project unique is the video aspect.”

Dr Jaime Martin, Animal and Zoo Biology lecturer at Nottingham Trent University and one of the lead researchers on the project, said: “We have a team at NTU which is researching the factors that contribute to horse and rider safety. These include rider behaviour, surface condition and rider psychology.

“This project is a really exciting new opportunity to analyse already existing video evidence to improve safety and coaching.”

Paul Higgs, Director of An Eventful Life, added: “With a vast library of more than one million jumps filmed at events around the world, An Eventful Life provides a unique visual data resource, which will continue to grow during the period of this study, to contribute to the innovative research team at Nottingham Trent University.

“Eventing is a thrilling sport that is growing in popularity around the world, but we need to make it safer for horse and rider. That is our aim.”