A student has created a biker jacket range which uses shredded pineapple leaves as a substitute for leather. Anna Keomegi, 25, says she was inspired to create menswear which was sustainable and which promoted good mental health after her friend developed depression.

“But it’s not accepted in our society yet. So I wanted to create a unique garment that’s strong and sustainable.

“Biker jackets always make people feel confident. When you put a biker jacket on, it makes you feel strong!

“So I started to research fruit-based agricultural waste as a substitute for leather, and was amazed by what I discovered.”

Anna contacted Ananas Anam, a company which produces Piñatex, its own textile which is made from pineapple leaf fibre.

She has designed and made three leather jackets - in black, white and brown - all of which are aimed at promoting good mental health and self-confidence.

The lining of the jackets is made from Eastman Naia™, a cellulosic yarn made from sustainably sourced wood.

Anna said: “It’s amazing to see the reactions people give when I tell them what the jackets are made from. Everyone tries to smell them - it’s their first reaction. They don’t smell of anything, but people are intrigued because it’s something different.

“Lots of people are becoming vegan today, and more are thinking about buying ethically-sourced products. So I think a material like this has real potential for the modern market. It’s amazing to think you can make high-quality biker jackets from the discarded leaves of pineapples.” 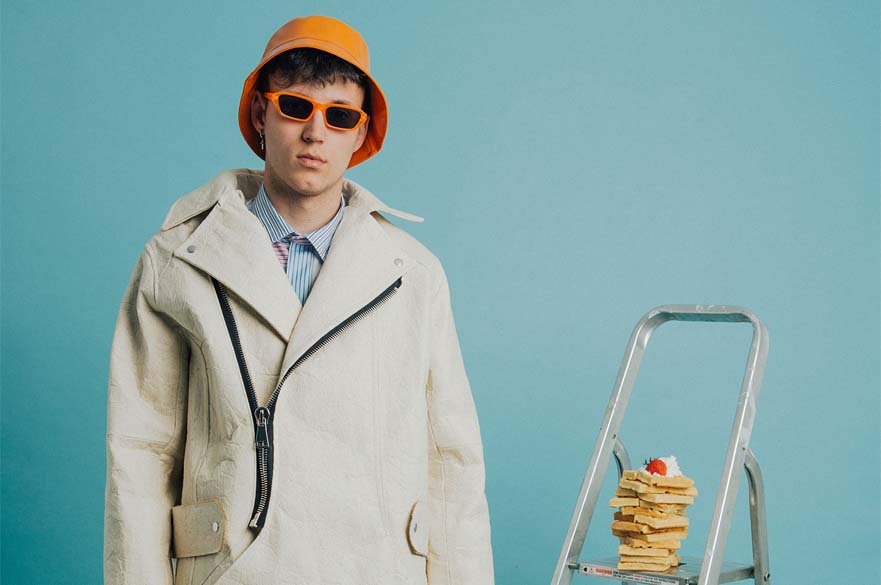 Anna’s designs are set to go on public display for Show, Nottingham Trent University’s art and design degree show from 1 to 9 June. Taking place at its City Campus, works of more than 1,300 creatives will be exhibited.

Fashion Product Design lecturer Emma Prince said: “Anna has shown how the classic biker jacket can be reimagined and produced in more sustainable and ethical ways.

“Her designs also illustrate why clothing is about more than just appearance. What we wear can make us feel good and boost our mental health.”