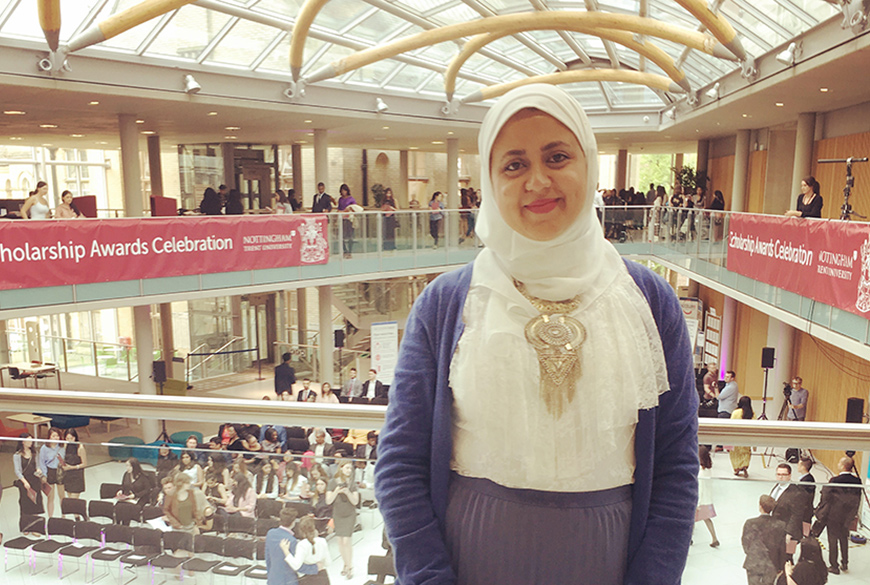 MA Documentary Journalism student Nahla El-Nemr has been selected for the prestigious One World Media fellowship programme. She will receive mentoring, support and a production grant towards a documentary project which reports an untold story as part of the scheme, in order to develop her journalism career.

One World Media is a non-profit organisation dedicated to supporting media coverage on developing countries and focusing on under-reported stories. They aim to bring together a global network of filmmakers and journalists to help drive social change and advocate for the media as a force for good.

Nahla’s documentary depicts the lives of fishermen that work in human trafficking through the Mediterranean, who are employed into smuggling by rich businessmen. The film aims to expand on the current narrative around illegal immigration by going into detail about the world of smuggling, such as how a trip is planned and how many people are involved. Nahla aims to create a realistic story of the practice of smuggling, in order to highlight effective actions that can deal with human trafficking. Nahla’s ambition is to connect views and thoughts between both Middle Eastern and Western worlds, creating films that can deliver the views of those on the margins to a wide audience.

We asked Nahla how it feels to be selected for the fellowship. She told us: "After I have finished my Masters, I have the determination to focus on Documentary making, even though it is a really tough field. When I received the fellowship, I felt happy to be able to access the support that will let me release a documentary film, besides getting me more involved in the industry through the fellowship programme, which includes networking events and informative webinars.”

She also commented on the ways in which the MA Documentary Journalism has progressed her career. “As an Egyptian, the MA Documentary Journalism course has been an insight into the doc industry in the UK. Before I started the course, I already had practical experience as a journalist working for leading international outlets and I was making my own indie documentaries. The course has enhanced my academic experience in both journalism and filmmaking, especially through the Media Law and Ethics module. "