With the British summer weather failing to serve up adequate conditions for an international men’s professional tennis tournament, the Nature Valley Tennis Open came to the NTU Clifton Campus this June.

The event, an ATP Challenger, brought world-renowned tennis stars to compete at the university’s own state of the art tennis centre, where NTU hosted matches.

From June 12th to 14th, the campus was treated to a three-day display of world class tennis. Competitors included Dan Evans, who won the event, the number one seed and currently ranked British number three and 63 in the world. Former world 14 Ivo Karlovic also graced the courts, a 6ft11 athlete who has hit a 13,378 career aces – the most in history!

Ordinarily played on grass courts at the Nottingham Tennis Centre, the Nature Valley Open was put in jeopardy after a bout of rainy days left terrain unsuitable for the full competition to go ahead in its usual venue. The organisers looked for indoor options to move some of the matches. 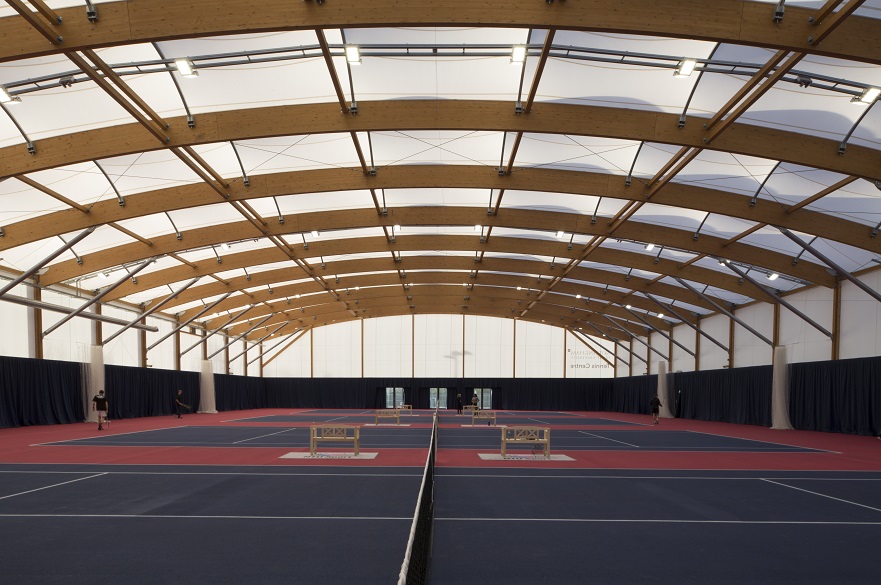 NTU Tennis stepped in to alleviate some of the pressure by offering the university’s centre. After a court-check, the idea was approved, and men’s matches scheduled.
Head of Tennis Callum Chivers said: “It’s an incredible honour to host such a prestigious event at our facilities, and for the first time.

“Ball Crew Assistant Manager for the event was our own Women’s tennis first team captain, Katie Wiltshire. I know she enjoyed working the event from her university’s own campus too.

“The feedback from the tournament organisers about our setup, facilities and staff have been amazing, and I’d like to thank everyone for making it a special few days of tennis here at NTU.”

NTU Tennis Development Officer Matt Lambert added: “This was a fantastic honour and a privilege to be able to accommodate such a great tournament, hosting some of the best players in the world was very exciting!”