Staff Squash has been a great success over term 1, with 4 leagues feeding into knockout stages . Term 2 looks to be even bigger and better having even more players!

After a successful term 1 squash league, involving over 20 members of staff, from various departments, we are looking for anybody else who may be looking to get involved. The squash league is completely free for NTU staff members and if you would like to take part or require any additional information, please email lewis.parker@ntu.ac.uk

A fixture list is provided at the start of the league, with each fixture needing to be played by a certain date. Once the league fixtures have been played, the top two from each group will progress to knockout stages, with a semi-final and final to be played.

Jamie is one of the participants from the squash league during term 1 and has shared his experience.

Had you played squash before you joined the league?

I’d only played two games a few years previously, so I’m very much a beginner!

What did you like about playing in the squash league?

It was quite challenging as I have been playing against opponents who had played before. I thought I wouldn’t provide much competition against experienced players. However, despite coming off second best quite a few times, it was closer than I thought it would be. More importantly, all my matches were friendly and I definitely improved quite quickly.

Squash is a brilliant workout. For someone who doesn’t enjoy the gym, I much preferred working up a sweat playing a game. I liked playing in the league, and whilst meeting a new opponent was like arriving for a blind date, I thoroughly enjoyed the challenge of competition and checking my progress in the league table!

Would you recommend joining the league to somebody who is unsure?

Yes definitely, it’s an enjoyable game. I’ve met new people who I’ll try to keep playing after the league is finished. As a beginner with no equipment, it was great to be able to borrow a racket from the Sport reception. 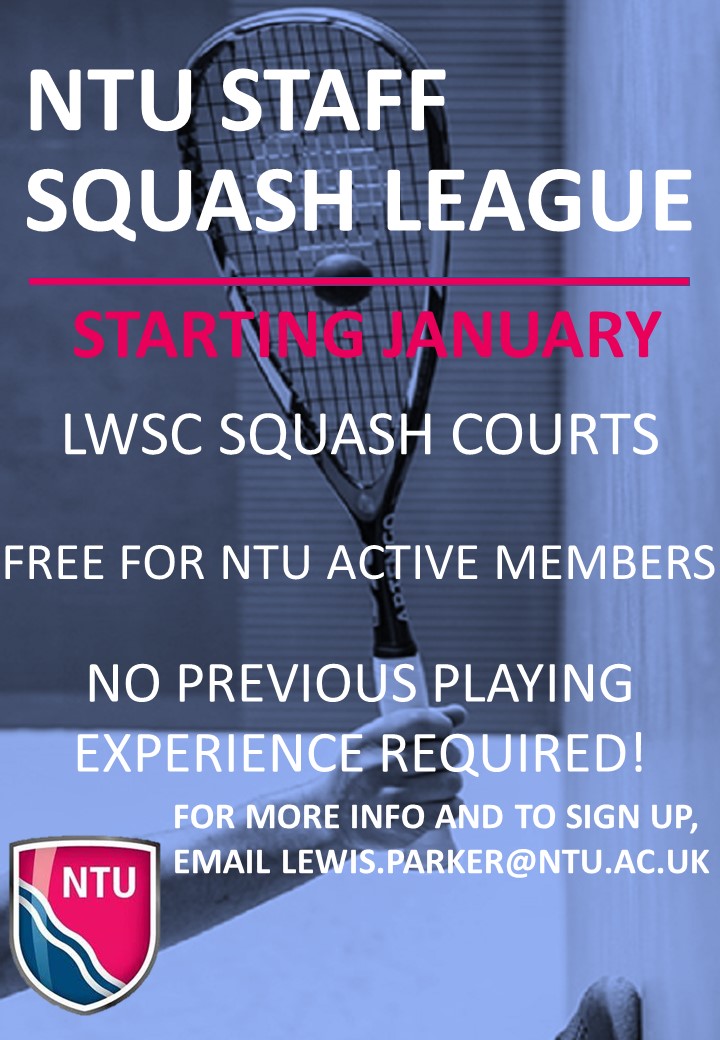