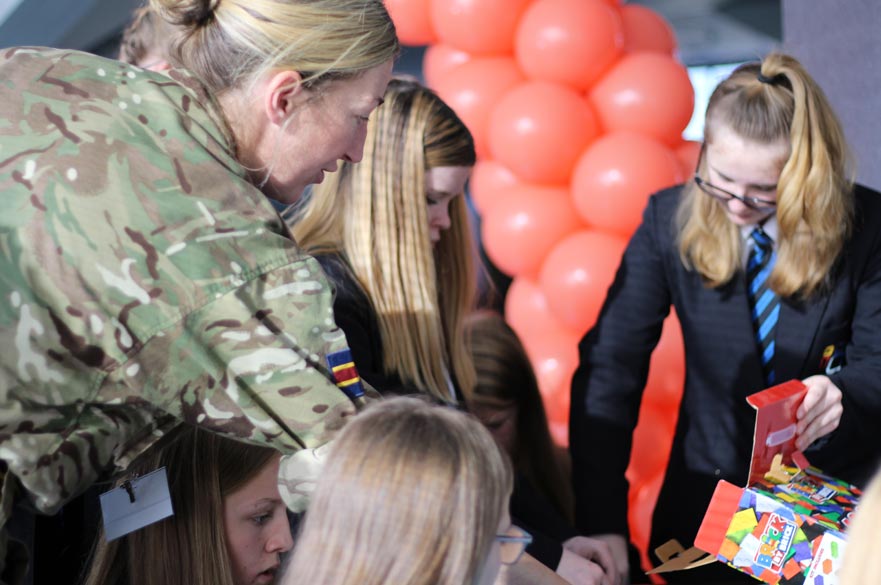 Co-created and supported by Nottingham Trent University (NTU), BioCity, Ignite!, and STEM Hub, young women were invited from across the region to take part in science, technology, engineering and maths (STEM) based activities, all led by women in industry.

The ‘Drug Discovery Game’ by BioCity, Sygnature Discovery and XenoGesis let students experience for themselves the process of creating new drugs and the business that goes on behind them.

Students also looked at food scarcity and the use of sustainable fertilisers by way of extracting DNA from a banana, through the ‘Future Food’ workshop with Azotic Technologies.

Founded in 2009 by Suw Charman-Anderson in response to a lack of female visibility within STEM, Ada Lovelace Day is now recognised internationally. Events are held on the second Tuesday in October every year, specifically designed to increase the visibility of women in STEM and create new role models for those considering career options.

Gemma Cann, BioCity’s Marketing Director said: “Every day, we at BioCity work with women who are taking on global health and environmental challenges. They are the real-life role models who prove that careers in STEM are attainable for women. The young women we have met today could be the very people who are solving the problems we don’t even know we have yet. Connecting the two, the pioneers of today with those of tomorrow is crucial.”

Megan Shore, Communications Executive at Ignite! told us: "This has been a great opportunity to showcase the wide variety of careers in STEM beyond the obvious and expected. We've been able to challenge young pupils' perspectives and open their eyes up to new paths".

NTU’s Pro Vice-Chancellor Professor Mark Biggs commented: “Engaging with students is so important for the future of STEM. Events of this nature have a significant impact on how young women think and feel about STEM, and can ultimately inspire them to make a real difference through a career in STEM.”

After a morning of hands-on experience, students from across the region were brought together and set a challenge to create a marketing campaign to encourage and inspire other female students within their school.

The young women designed cross-channel campaigns and presented their ideas to the entire group. Ideas included the introduction of women’s rights-focused assemblies, practical activities for primary schools, drop-in sessions with women in industry, the use of social media influencers, hashtags and entire weeks dedicated to STEM in schools.

Common across every campaign was a desire to communicate the attainability of STEM, inspired by the women they met. As one student eloquently put: “It’s ok to be interested in what you are interested in, not what you think you should be.”