Expert Blog: Is coronavirus-prompted administration delaying the inevitable for Debenhams? 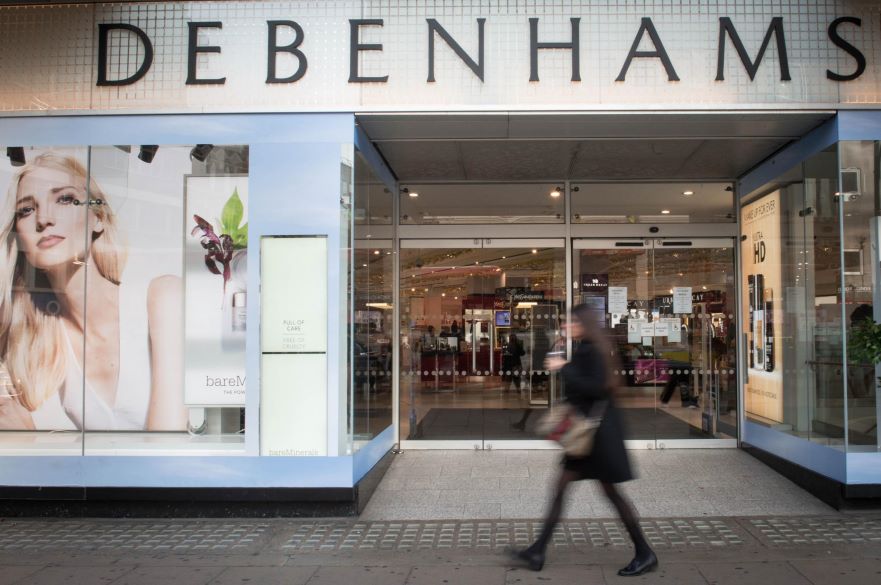 Debenhams, the department store chain whose history traces back to 1778, was already in serious trouble (and many would say terminal decline) before the COVID-19 pandemic hit, and its long-term future remains bleak.  However, it seems the Debenhams saga, which has now gone on for several years, is not yet completely over.

Following its notice of intent earlier this month, Debenhams have subsequently appointed FRP Advisory as its administrators, almost exactly one year after it last went into administration, when its current owner - a consortium of debt owners including US hedge fund Silver Point and banks known as Celine took control.

On 26 April 2019, they then launched a company voluntary arrangement (CVA), to restructure their store portfolio, including rent cuts of 25 to 50 per cent on some stores with around 50 stores earmarked for closure. The first phase, with a total of 22 store closures, took place during January 2020.

The retailer has said their decision to now enter administration again this month is aimed at protecting the business from the threat of legal action from creditors - which could push the retailer into liquidation - during a time when its 142 UK stores are closed due to the government-ordered coronavirus lockdown of all ‘non-essential’ retailers.

Meanwhile, the existing management team remain in place under the direct control and supervision of the administrators and Debenhams continues to trade online within government guidelines during the coronavirus lockdown.

The Debenhams chief executive, Stefaan Vansteenkiste anticipates their supportive owners and lenders will make additional funding available to fund the administration period and that the "light touch" administration approach will help bring Debenhams "back into a position to re-open and trade as many as stores as possible" once the lockdown restrictions are relaxed. Effectively this move will buy the retailer some time, so more permanent decisions about how to proceed with the current restructuring plan can be made once the trading outlook becomes clearer.

Prior to COVID-19, the retailer had been in continuing discussions over a period of six months with its landlords, the outcome of which would determine the location of the next group of store closures, and help provide the remainder of its stores a sustainable cost base.

Debenhams wants landlords to agree to rent payments based on sales and they have offered rates of between 2% and 5% of turnover, depending on the popularity of their department store sites. However, landlords aren’t in a strong negotiating position, particularly as the business rates 12 month coronavirus 'holiday' the government has announced doesn’t extend to landlords and so them ending up holding an empty department store could be costly.

However, at the end of last week, Debenhams announced it had secured new rent deals with landlords at 120 of its 142 UK stores but that seven will now close permanently .  These include the 140,000 sq. ft. Debenhams store in Westfield Shepherd’s Bush but also those in Truro, Stratford-Upon Avon, Salisbury, Warrington, Leamington Spa and South Shields. The retailer said talks are advanced on the remainder of the estate and it was confident deals can be arranged “in the coming days” but that a “handful” more shops could be at risk.

As retail commentators have observed, if Debenhams are prepared to walk away from Westfield Shepherd’s Bush - one of its prime locations (which with 31 million visits a year is one of the busiest shopping centres in Europe) and where Debenhams has been an anchor tenant since the centre opened in 2008,  then this might suggest the current management tactics represent less of a turnaround plan and more of a winding up of the business.

Whatever their post-COVID-19 plan, Debenhams’ survival will, like many businesses across all sectors, probably depend on exactly how long the current coronavirus lockdown continues. In the short term, with all 142 of its physical stores temporarily closed, the majority of its sales will disappear, but the government’s furlough wage scheme will help it to reduce overheads. However, while Debenhams’ online business has continued to operate during the pandemic, it has struggled to shift vast quantities of stock.

To combat the fallout of coronavirus, Debenhams extended its payment terms to wholesale suppliers by 30 days and deferred all historic concession balances for 30 days. Administrators will now act on behalf of creditors owed money, but there is no guarantee of full payment. It is also thought the retailer could face legal threats from suppliers who are yet to be paid.

The existing (and pre COVID-19) turnaround plan, announced in 2019 by the owners for Debenhams survival, involved reducing their store estate to around 100 stores. However, even rival Department stores such House of Fraser and John Lewis (both of whom are also struggling) only have around half that number.

So despite the claim from their CEO, Stefaan Vansteenkiste, that “we are striving to protect jobs and reopen as many Debenhams stores for trading as we can, as soon as this is possible”,  I think it’s inconceivable that Debenhams, even if they get through this second administration, can continue to trade profitably from more than possibly 40 or 50 stores. Whether they finally go under or need to close most of their stores just to survive, the demise of Debenhams is going to have a huge impact on the future shape of many UK high streets and shopping centres.

Expert Blog: Is coronavirus-prompted administration delaying the inevitable for Debenhams?