Expert Blog: Marks & Spencer facing trading challenges before, during and after COVID-19 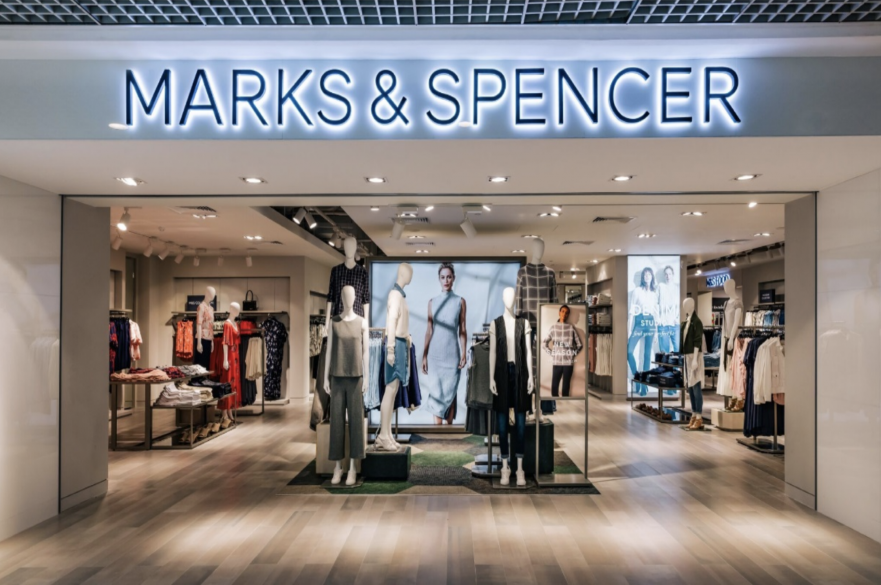 The continuing challenges for Marks & Spencer have origins going back over twenty years. In 1998, Zara opened its first store in the UK and H&M was emerging as a more powerful force. Primark was about to begin a period of huge growth and store openings (between 2008 and 2018, according to GlobalData, Primark’s clothing market share rose from 4.4% to 7% by value).

These changes in the competitive landscape of UK fashion retailing would cause problems for M&S who were at the same time losing touch with their customer base and new consumer behaviors. M&S’ clothing market share stood at 13.5% in 1997. By 2008 this had fallen to 9.7% and by 2018 it had dipped further to 7.6%.

Over the past twenty years it had introduced, and subsequently cut back, a plethora of sub-brands such as Autograph, Blue Harbour, Per Una, all of which has meant that M&S has had a very indistinct clothing positioning at the very same time that younger customers were also turning to etailers such as Asos and Boohoo, while John Lewis, one of M&S’s traditional rivals, invested heavily in multichannel during the credit crunch and emerged stronger afterwards as an online player. Approximately 50% of John Lewis’s sales are made online compared to just 20% of M&S clothing and home sales.

The 163 year-old chain has lost more than two thirds of its stock market value since the start of 2019 and fell out of the FTSE 100 index last year. However, it still has more than 1,000 shops and employs more than 80,000 staff.

When it presented its latest annual results on 20 May, M&S split out its food and fashion profits for the first time, enabling some extremely revealing comparisons.

On revenues of just over £6 billionn, the adjusted operating profit in food came in 11.2% up at £237 million. The equivalent earnings on clothing were down 37% to £224 million on sales of £3.2 billion. Back in 1998, clothing, footwear and gift sales accounted for almost two thirds of revenue, with food around one third, whereas just over two decades later these non-food and food shares of total M&S sales have completely reversed. Online sales remained flat in its financial year to March 28.

However, the latest respective operating margins (3.9% in food and 7% in clothing, the latter down from 10% the previous year) demonstrate how important it is for M&S to focus on restoring and enhancing its fashion credentials – which remains their biggest challenge.

The retailer’s fashion and home business was adversely affected by well documented womenswear availability problems during the first half of their last financial year and subsequent “teething issues” as it shifted to a more contemporary style and fit in menswear.

Since the country went into lockdown, their clothing sales have crashed by 75 per cent in the six weeks leading up to 9 May. Sales of suits have also fallen off a cliff and unsurprisingly M&S tie sales were 98 per cent. Conversely, they have experienced strong sales of joggers, leggings and pyjamas.

However, the business was forced to cancel £100 millions of late summer orders after it shut non-food stores and has put £200 million of unsold seasonal stock in warehouses until Spring 2021. It will also foot the £145 million bill for all the costs associated with handling the leftover stock.

M&S’s food halls are usually a convenience destination, thanks to shelves full of ready meals and sandwiches and so the reduction in train passenger numbers as well as the drop in car journeys has really hit their railway station and motorway sites. Their food stores with car parks have now become M&S’s busiest outlets, as shoppers revert to doing one big weekly shop rather than daily visits.

Now M&S plans to speed up its previously announced turnround plans, under what it has called a “never the same again” programme of change.

The retailer is midway through a reshaping of its store estate, closing small, dated and often poorly located high street shops and replacing them with modern out-of-town units and food-only stores.

So far M&S has closed a net 54 stores of an expected total of 100 to 120 as it looks to address its long-term problem of having too much space dedicated to fashion.

However, that number could rise if M&S and landlords cannot agree revised rental terms. Meanwhile they are looking at opening other, more modern sites that rely less on fashion.

Some of their larger high street units could also be repurposed as they have several big stores in key locations in city centres which would provide a variety of redevelopment options.

The changeover to Ocado is the centrepiece of its plan to boost its online business and draw younger shoppers. M&S is to become Ocado's key partner from the end of August and will offer 2,000 more food products than Waitrose, which currently works with the website. The retailer will add 1,600 essential clothing lines as well as more than 6,000 M&S food products to  Ocado's website, after buying a 50pc stake in its retail business last year for £750 million.

On the whole, the tie-up should be beneficial for M&S, which already has 12 million shoppers on its database. The timing is certainly fortuitous as many of those who had never shopped online before may have been converted during ‘lockdown’.

M&S has said 365,000 of its existing customers had used its website for the first time during lockdown while another 315,000 had either tried it out or returned as shoppers.

How profitable it can be made remains to be seen, however, as few players in online food make much money from it.

Expert Blog: Marks & Spencer facing trading challenges before, during and after COVID-19