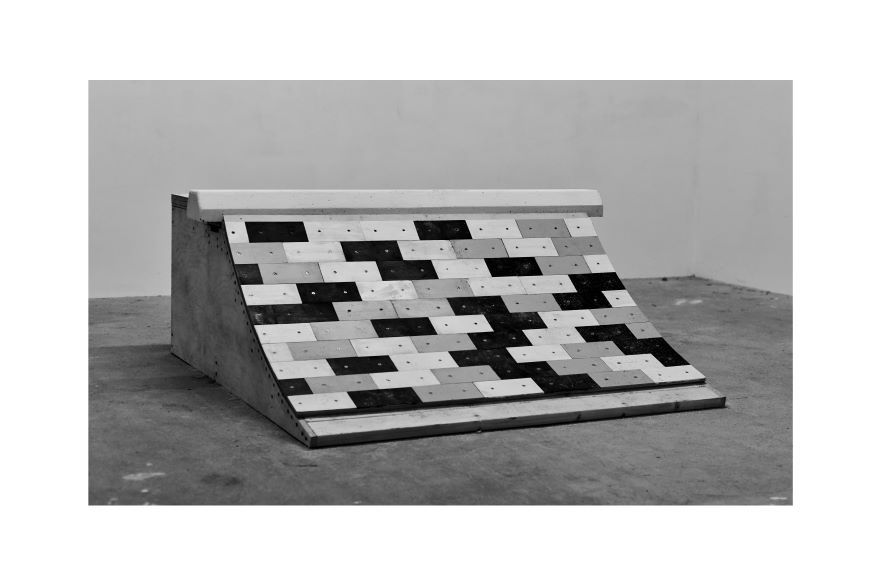 The coronavirus crisis has required cities and universities to try new paths to inclusive, sustainable development, education and wellbeing. Adding to these challenges, Nottingham has been affected by the collapse of shopping centre owner intu, which has impacted on ambitious redevelopment underway across the city’s south side, which includes Nottingham Castle, a new public library, the new Nottingham College City Hub and new public thoroughfares linking the train station to the city centre.  Coronavirus has also impacted upon the potential benefits of the 2020 Olympics, which will now be postponed until summer 2021.  But, with a combination of community-led assets, recent grant capture and NTU research and student opportunities, this could now lead to a highly beneficial sequence of events - all focused around the fact that skateboarding, a sport in which Nottingham enjoys a rich 50-year heritage, will be joining the Games for the first time at Tokyo.

This is exciting, not only because Nottingham may well be represented in Tokyo by local professional skateboarder and Skateboard GB team-member Alex Hallford, but also because of how the sport affects the mindset, learning styles and aspirations of young people.  Our research at NTU has shown that the city faces multiple challenges that disproportionately affect young residents: it has a relatively large economy in terms of GVA per head, but the lowest household income bar nowhere in the UK; and it has a high jobs density, but the lowest ranking nationally for young residents on the Youth Opportunity Index. Skateboarding encourages young people to develop interests and skills in film, photography and design, linking to Nottingham’s important creative industries, whilst the skills teenagers gain from building wooden ramps with their friends can progress into careers in civil engineering, architecture and urban planning.  So the fact that Nottingham has one of the liveliest and largest skate communities in the country, numbering between 2,000 and 6,000 active participants, many of whom are under 25 and live within the city’s more disadvantaged neighbourhoods, means that there are significant opportunities to use the sport as a tool to address these challenges.

Sussex Street presents a key focus to bring this together.  In September 2019, Nottingham City Council approached local social enterprise, Skate Nottingham, to work with local young people to start designing ‘skate friendly’ features for the a public space beneath the tram viaduct at the foot of the steps to Nottingham Contemporary and close to the new Nottingham College building.  Skate Nottingham then worked with local charity Ignite! Futures to deliver a workshop at the 2020 Festival of Science and Curiosity with 30 participants of all ages, including several NTU academics and students, led by British designer Rich Holland (responsible for the skateable forms at London’s Southbank and currently working on Nike’s European Headquarters in the Netherlands), young civil engineer Bedir Bekar (who advises community skatepark projects across the UK) and young architect Tom Deacon (who grew up skateboarding in Nottingham). The workshop participants created design concepts for Sussex Street, which were exhibited at Backlit Gallery in early March as part of a wider ‘Skate & Create’ programme with Nottingham City Council and a further 59 participants aged 6 to 46. The workshop participants designed, built and creatively documented skate obstacles for an installation at Nottingham Light Night in February, used by more than 100 local skaters and attracted more than 1,000 spectators.

At the same time, Nottingham’s community-operated indoor skatepark, Flo, worked with Tom Hughes, Senior Lecturer in NTU’s School of Architecture, Design and the Built Environment, and his second year BArch students to reimagine vacant post-industrial spaces as a future home for the skatepark.  Professor Carrie Paechter, Director of NTU’s Nottingham Centre for Children, Young People and Families, has led several collaborative research funding bids to investigate Nottingham’s significant and growing female skate scene, which has also been documented by several NTU Broadcast Journalism students over the last two years and was the key focus of local film maker Georgi Scurfield’s BBC East Midlands Today Inside Out feature which aired in January. 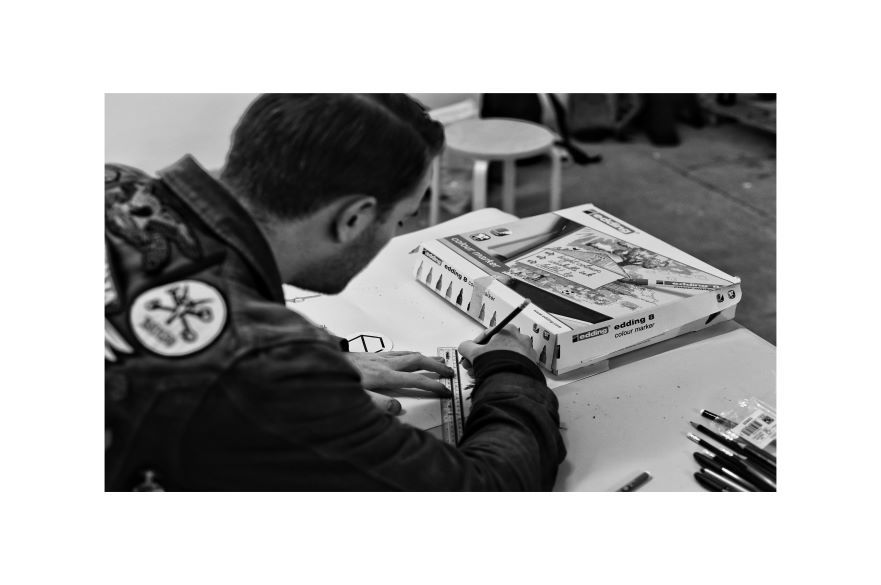 As a lifelong skateboarder myself and member of the Skate Nottingham team alongside my role as a Senior Lecturer in the Economics Department at Nottingham Business School, I’ve worked to connect this activity internationally.  Last August, I chaired a workshop of more than 40 community organisers, architects, urban planners and skatepark builders worldwide at the Pushing Boarders conference in Malmö, Southern Sweden, which I wrote about for The Conversation, and have established a strong relationship with the Finnish city of Tampere, through collaboration with Mikko Kyrönviita, coordinator of the Dwellers in Agile Cities project at Tampere University’s School of Management.  Mikko joined us in Nottingham last summer as part of the Lottery-funded ‘Skateboarding in the City’ festival where he delivered a public talk on Tampere’s skateboarders’ ‘DIY Urbanism’.

Bringing all this together, Ignite! Futures and Skate Nottingham have been awarded a grant from UK Research and Innovation of almost £8000.  This will support local 11 to 18 year-olds to design and create spaces for physical activity across the Nottingham area, mentored and inspired by international experts like Rich and Bedir along with NTU academics such as Tom and myself, alongside Dr Stuart Jolly, Principal Lecturer in coaching and sports science in the NTU School of Science & Technology.  It will be complemented by a NTU Scholarship Programme in Undergraduate Research (SPUR) bursary from the Trent Institute for Learning and Teaching (TILT), which will support between 2 and 5 second-year undergraduate students studying degrees in economics, architecture, sports science and sociology.  They will mentor the participants, evaluate the impact of the Sussex Street project, observe and record how skaters and other users enjoy the space, and explore case studies of similar projects worldwide.

The project will start in autumn 2020, when local skateboarders will use Instagram to share images, video and audio of the spaces that give them a sense of belonging and community. This will be followed by small group workshops where the young people will research, design and then build structures in concrete, metal and wood. These skateable sculptures will be designed to be installed on Sussex Street, as well as other possible locations in Rushcliffe and Broxtowe.

James Hope-Gill, Chief Executive of Skateboard GB welcomed the project, telling me: “It is a great opportunity for young people to help create an internationally important public space that will be accessible to a wide range of users, shortly before skateboarding joins the Olympics. It will also help create life-changing skills and career aspirations in design and the built environment.”

In empowering local young people to actively design and build new spaces, the project will also teach skills in creativity, sustainable construction and transport planning in the context of Nottingham’s ambitious environmental targets. The skateable sculptures themselves, as well as the participants’ film, audio recordings, drawings and models will all be exhibited interactively during the 2021 Festival of Science and Curiosity in February.

All photographs by Jarrad Thomas, who this year completed BA (Hons) Photography at NTU. Whilst at NTU, Jarrad contributed stunning photos to the Skate Nottingham community exhibition in 2019 that opened the Skateboarding in the City festival, returning to mentor young participants during the Skate & Create programme at Backlit Gallery in 2020.  Jarrad’s photographs have been published by national skate magazines and by funders including the National Lottery Community Fund and Active Notts.  His work appeared in a UK-wide social media campaign by the National Lottery to celebrate their 25 years of funding community projects.