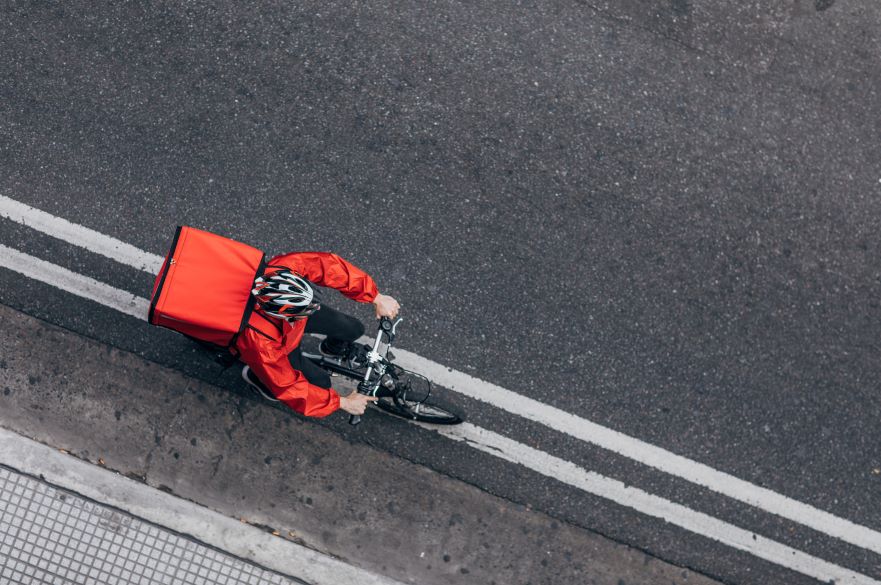 The Covid-19 pandemic and the consequent economic disruption have had uneven impacts across the population. In Britain, as in many other countries, they have exposed and intensified longstanding systemic inequalities and insecurities. The UK Office for National Statistics estimates that unemployment, calculated using unemployment-related benefit claims, reached 2.69 million in May, an increase of 116% compared to a year earlier. With dire economic forecasts and the phasing out of government support for furloughed workers it seems very likely that high unemployment rates will be sustained. This adds to the significant number of people in various forms of precarious employment, including more than four million people working in the so-called ‘gig economy’, and nearly one and a half million agency or otherwise temporary employees. The future seems uncertain in many ways, but previous research can help us to understand current developments, anticipate some of their wider consequences, and inform responses.

In this article we draw on empirical research by members of NTU’s Work Futures Research Group concerning experiences of ‘precarity’ among agency workers and drivers of private hire and hackney taxis in Nottingham. We discuss how ‘precarious, contingent or flexible’ work forms part of a ‘reserve army of labour’ with far-reaching implications for the security of the wider working class in the current crisis.

Judith Butler distinguishes between ‘precariousness’, as a fundamental condition of life arising from humans’ many interdependencies, and ‘precarity’, as a ‘politically induced condition in which certain populations suffer from failing social and economic networks of support and become differentially exposed to injury, violence, and death’. In this sense, Covid-19 has exposed patterns of underlying precarity that are shaped by class, race, gender and age, and are sharpened by the interactions of these structures with particular types of work. Between 9 March and 25 May Covid-19 death rates were significantly higher for those in ‘elementary’ occupations, which are often regarded as ‘low skilled’ and are certainly low status, low paid and often insecure. Even higher death rates have been associated with particular jobs, such as security guards, care workers, and taxi drivers. As we write this, the spike in infections in Leicester has been linked to the city’s ‘fast fashion’ sweatshops, staffed mainly by women of South Asian ethnicity.

Taxi drivers and chauffeurs are one example of an occupational category that has suffered disproportionately from Covid-19, with men in these roles dying at three times the rate of the general adult population. Our research with private hire and Hackney drivers in Nottingham included interviews with a range of stakeholders, and highlights longstanding precarity affecting these workers. This is connected to their formal designation as ‘self-employed’, even where they work solely for a single operator, which leaves them without any security of income and with fewer rights than occupations recognised as workers, and individually responsible for their own health and safety.

Their economic security was further undermined by the Deregulation Act 2015, which increased the power of private operators to operate across local authority boundaries. Coupled with this, Uber has developed a business model that takes advantage of drivers’ insecurity and weak regulation, to recruit drivers in excess of demand so that there is always a driver available nearby, leading to fierce competition that also affects Hackney taxi drivers. In Nottingham it seems that the over-supply of drivers may have been further worsened by a lack of alternative well-paid and secure jobs and a lack of support for drivers wishing to change careers.

With government support to self-employed workers only available from June, and even then severely restricted, it is difficult to see how many drivers would have been able to avoid continuing to work throughout this period of the pandemic, even if they had characteristics that meant they should have been shielding according to Public Health England. Economic precarity, shaped by employment structures and state policy, thus directly exposed these workers to harm.

Whilst the present crisis is extending precarity to new sections of the population it will further deepen it in extreme ways for some groups –  for example, asylum seekers. We know from previous research that agency and temporary work was already precarious and risky. In 2017 we worked with peer researchers in Nottingham interviewing 77 people about their experiences of employment. Participants worked in various sectors, many employed by agencies in social care or warehouse work, with widespread experiences of low-paid, temporary and precarious work. This impacted negatively on the participants and on their communities. Coupled with barriers to employment such as poor physical and mental health, discrimination, caring responsibilities and age the picture was bleak. These stark realities of precarity will be worsened during the pandemic.

Our participants wanted to be in paid work, to contribute to their community and society. Work, they said, provided solidarity, meaningful relationships, a sense of belonging, and improved self-esteem but overwhelmingly their experiences were negative and full of uncertainty. Irregular and long hours, without breaks, and pressure to work even when ill were common experiences. This generated insecurity and anxiety for workers whilst legitimising unreasonable expectations from employers. As one respondent said, ‘it’s just like you slave it’. A participant recovering from an operation was asked back to work sooner than advised, she agreed as the fear of losing her job brought greater risks.

We heard accounts of employers interrupting periods of employment to limit workers’ rights: ‘we will go to work; they have to hire you within this six month period then they will get rid of you. Two weeks [off work], then they call you back again’. Yet despite such awareness of employers’ exploitative practices, participants felt they had no power to challenge this. The threat of unemployment and a perceived sense of limited rights with little or no union protection left them feeling ‘off balance’, precarious, with no control over their lives. The current crisis adds a further layer of uncertainty to these already-existing conditions of precarity, further deepening the subjection of the reserve army of labour.

We found that difficulties securing ‘good’ jobs were exacerbated by poor, limited, or non-existent training. When combined with punitive welfare conditionality, people were forced to accept whatever work was offered, however precarious. Discriminatory practices were experienced along lines of age, place, ethnicity, gender and health. Participants talked of a ‘postcode prejudice’, whereby employers would prejudge them owing to the stigmatisation of their neighbourhood. Having a non-western name and being over a certain age also featured heavily in participants’ accounts of discrimination. This impacted negatively on attempts to find work, with dire consequences for participants’ mental health, creating a cycle of uncertainty and anxiety. Such pre-existing issues will create particular challenges and risks of harm during the pandemic.

The consequences of precarity

Precarity has social consequences beyond those who are most directly affected. Marx argues that unemployed and precariously employed workers are used by employers to discipline the wider workforce through competition for jobs, forcing workers ‘to submit to overwork and to subjugation under the dictates of capital’, and determining overall wage levels, to the extent that: ‘the general movements of wages are exclusively regulated … by the varying proportions in which the working-class is divided into active and reserve army’.

This impact of precarious work helps to explain why wages have been falling in recent years despite rising employment. It also lays bare the insecure position in which the working class entered the pandemic in Britain, with a large reserve army of precarious workers intersecting with a clutch of ongoing crises involving housing, health care and social care, benefits, and the hostile environment directed at migrants. These crises will be unleashed with renewed fury as benefit sanctions are reinstated and the restrictions on evictions are lifted. The pandemic has not prevented the government from progressing with their new Immigration Bill, which threatens to widen the net even further and further marginalise thousands of workers. The expansion of the reserve army in the present crisis suggests that the negative consequences of the present recession will extend far beyond those who lose their jobs as people become increasingly desperate for whatever work they can get, putting a downward pressure on other workers’ wages and living conditions. It could also undermine people’s ability to defend their working conditions, including their ability to win proper health and safety measures in times of pandemic, with potentially deadly consequences.

However, the outcome of these developments is far from inevitable. Worsening conditions for masses of people have often led to mass mobilisations, and sometimes to revolutionary situations. It is too early to say what new forms of mobilisation and politics may develop in the current crisis, and what changes they might bring about, but there are recent examples of protests, strikes, and legal challenges initiated by precarious workers. The Black Lives Matter movement is also providing a powerful demonstration of what is possible and necessary, through its militant determination, wide-ranging debates and fundamental questioning of society. This shows the way forward.

This blog was first published on Discover Society.