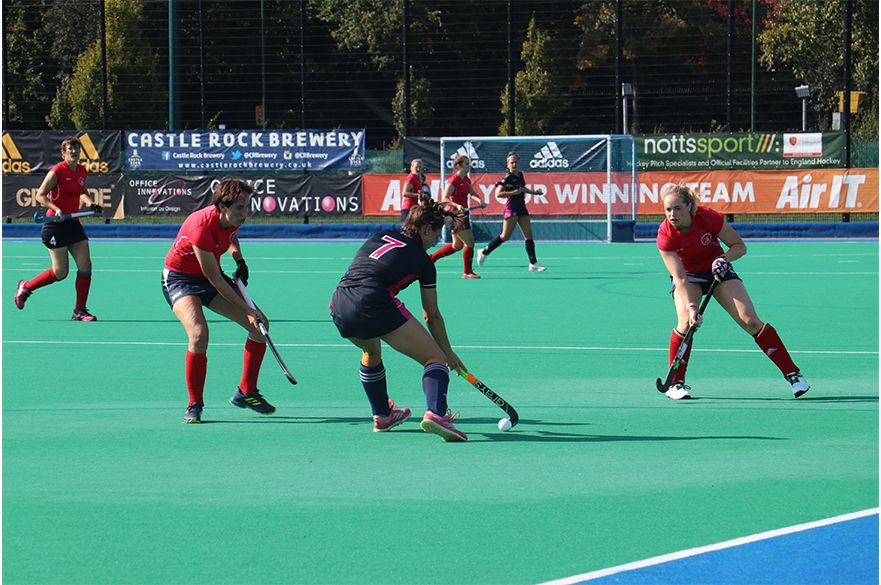 They took the lead through Caro Hulme with a stunning flick from Alice Woollatt, then doubling the lead in the second half. Oxted fought back in the second half eventually scoring an equaliser with 5 minutes to go, to force the game to a shootout. Caro Hulme and Jess Hibell held their nerve in the shootout to get NTU over the line.

"I'm really pleased for the girls, and they should be really proud to win a first national title for the club. They have shown great focus and commitment during these difficult times. It has been a real team effort through the cup campaign. We are also thankful to England Hockey for continuing to run the competition and organising a very well run finals competition on Sunday."

In previous rounds NTU had almost scored goals for fun, with 11 against Nuneaton and 9 vs Burton. NTU Women’s Hockey had a tough local derby in the quarter finals beating The University of Nottingham in a shootout, before beating Ashbourne 3-0 in the semi-final.

This is the first time NTU Women's Hockey have entered a national competition and we are delighted that the team have brought home the silverware.