The winners of the Miffy Fashion Design Challenge have had their designs transformed into exclusive limited edition signature plush dolls, available to buy in selected stores worldwide. 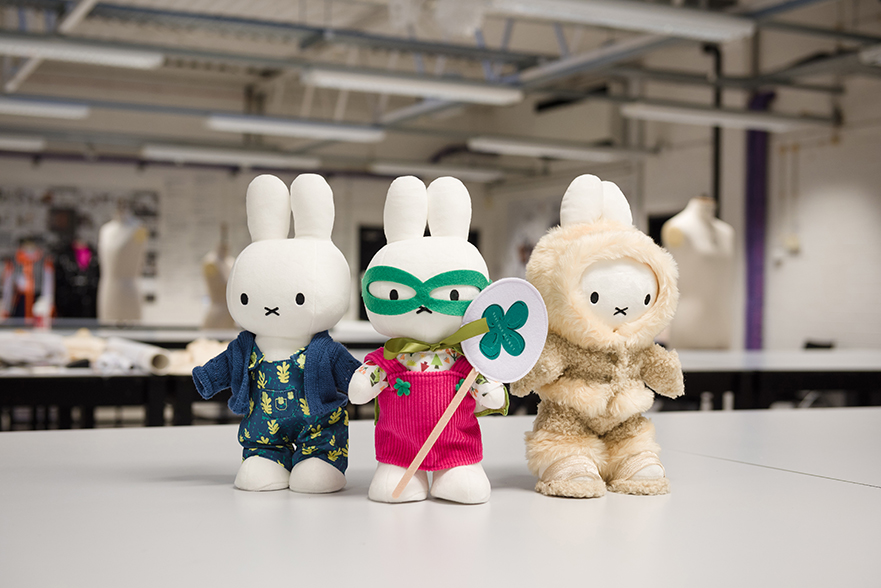 The three student’s designs have been transformed into limited edition signature plush dolls, available to purchase from selected stores. They form a collection of ten dolls that designed by competition winners from the five institutions in Italy, UK, Netherlands, Hong Kong and Mexico.

All entries to the design challenge will feature in a touring exhibition, which kicks off in the Centraal Museum in Utrecht.  The winners, Jack and Jennifer, were recently invited as guests of honour to an online event for the official opening of the exhibition.

The project aimed to ‘celebrate young artist and design excellence’ and explore how the classic design of Miffy can be re-imagined and re-interpreted by new designers. The students were asked to focus on simplification, sustainability and material safety with the flexibility to explore a variety of concepts inspired by Dick Bruna. 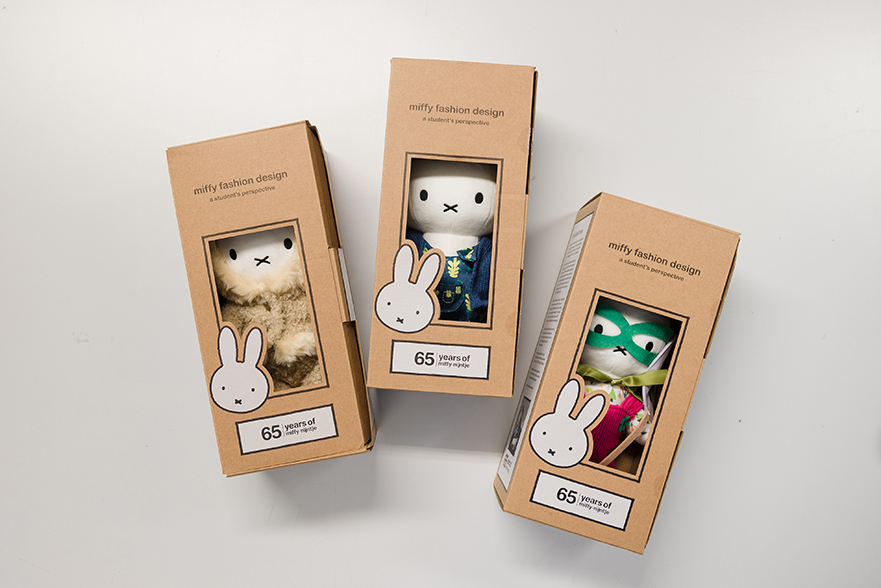 Jack Kwok wowed the judges with his design focused on the concept of Miffy as an explorer, inspired by 1900’s Arctic Pole explorers. This resulted in an outfit including gloves and furs. Jennifer Potters’ design was inspired by Henri Matisse’s work ‘The Chapelle du Rosaire du Vence’, which was also an inspiration for Dick Bruna himself. The design pays tribute to the spinning yarn company New Lanark Spinning Co. established in the 1880’s, who had a strong ethos for children’s rights. This links closely to a key philosophy Dick Bruna held high; respect for the world of a child.

Jennifer told us: “Doing the Miffy competition was a really fun project as it allowed me to bring in parts of my own interests and identity, and use them to design in an industry setting. It also allowed me to experiment with print, something different from my usual work in knitwear. The highlight of the competition for me was seeing my design being mass-produced on such a large scale, and knowing that it is selling to people from around the world. I am so grateful to the university for providing this competition opportunity and the facilities to make the product, and to Mercis the license owner. This achievement has given me so much more confidence going forward to my final year, because I now feel confident that I can work to industry standard.”

Fashion Design student Emmy Eaves created an environmentally conscious Miffy. Her ‘Miffy saves the world’ design transformed Miffy into an environmental superhero, to act as a positive role model and encourage others to save the planet.

This challenge has provided students with an opportunity to design to industry standards, create professional networks and see their work in production. You can find out more here: https://www.licensingsource.net/miffy-gets-a-fashion-makeover-as-part-of-65th-celebrations/