Students took part in the online event entitled ‘PUSH IT 2020’, the first event of its kind in the School of Art & Design 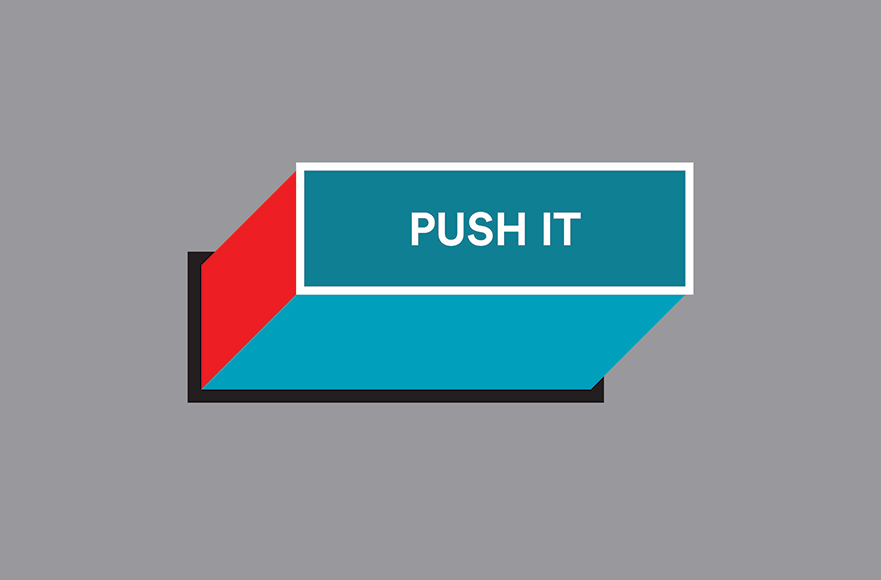 ‘PUSH IT 2020’ focused on a soundboard containing 60 words and media clips that reflect the world of 2020. Students were tasked to reflect on the soundboard collaborating with a team of other Art & Design students to imagine the year 2040.

In teams, students chose a word from the soundboard that inspired them and spent the day imagining what this word might mean in 2040. This included thinking about what events might happen in the next twenty years that could potentially impact or distort the meaning of the word. The students were encouraged to be as creative as possible in this, using the experiences of each person in the group when thinking about their response.

The online event utilised collaboration, group discussions and small break out rooms, with academic staff facilitating the discussions. After thinking about the meaning of the word, the students used this to inspire a creative response in the form of a 5-10 second clip. The work the students created will form a new soundboard, which will be the basis of a second event in February 2021.

The outcome of the PUSH IT 2020 events will be displayed as a physical exhibition, including not only the finished pieces but also their development, including doodles, writing, storyboarding and planning. Students were sent a pack including a zine, a poster, space for note making and development and prompt cards to help facilitate conversation in their groups. They also watched two videos to help prompt ideas and discussion about the years 2020 and 2040.

For many first year students, this was the first time they had met or worked with students from other courses across the School of Art & Design. Working with others who had different viewpoints, disciplines and creative processes was an exciting and valuable experience for many.

BA (Hons) Photography student Alicia Dovey commented: “I initially felt quite anxious and nervous to work with lots of people I didn’t know, but I could not have been more wrong. I enjoyed making connections and working with new people as this helped boost my creativity, as there were so many different viewpoints to discover. I really enjoyed exchanging different perspectives as it opened my mind not only to this project but for future work that I complete at university.”

BA (Hons) Animation student Ewan Hunter said: “I found it useful to get to understand other people's artistic talents as opposed to just my own. Sometimes I get so focused in my own world of animation and visual media that I forget that there are more artistic things out there, so it has brought about a new way of thinking for me. I definitely learnt how to work faster than I have ever worked before, I can take that as a strength since it's a requirement in the animation industry. I will also take away from this people and communication skills.”

BA (Hons) Graphic Design student Kaan Varis particularly enjoyed understanding the mind set of a designer from another discipline: “I really enjoyed how we were given the freedom in being allowed to go down which ever route we wanted, depending on the word that was chosen. I especially love how everyone's ideas were incorporated in the design, even though we were from all different aspects of the art & design courses. It made the outcome more valuable. This project was very beneficial as it allowed me to see into how different designers think: such as animators, set designers, and photographers.”