Nottingham Law School hosted it's Client Interviewing Competition in 2022 and Matthew Taylor and Sid Ali Boutellis were announced as the winners. 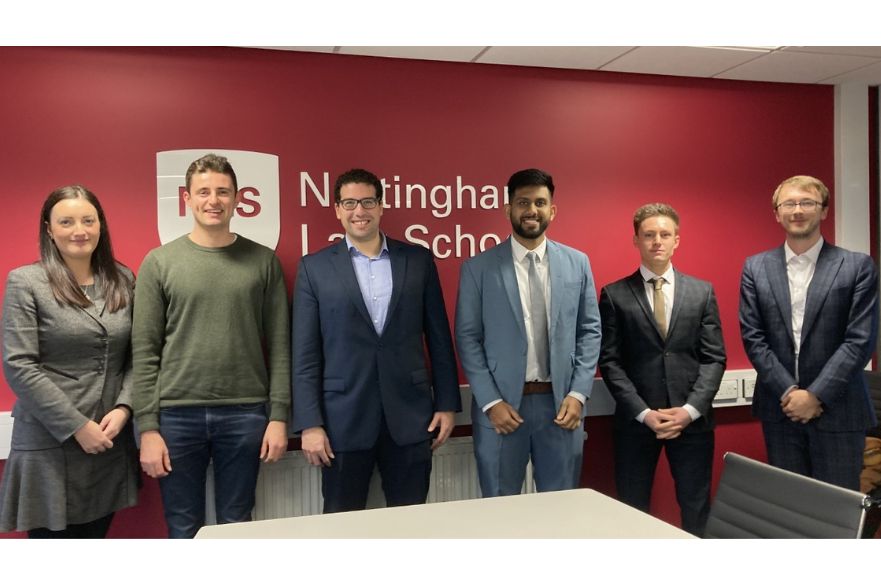 The competition ended when the winners, Matthew Taylor and Sid Ali Boutellis from the Postgraduate Diploma in Law (PGDL), were announced. Also finishing as the runners up were Ruvin Caldera and Oli Livingstone from the Legal Practice Course (LPC).

The competition began with an information training session on 2 November, which was followed by a practice round, a first round, semi-finals and then the final in the last week of the competition. The winning pair will go on to represent NTU at a National Client Interviewing Competition next term.

This year's competition was run by Megan Shirley, a Senior Lecturer at Nottingham Law School she was joined by two guest judges for the final; Jade Beales from Associate Solicitor in Commercial Litigation at Nelsons and Callum Scott, a Solicitor at NLS Legal.

I was extremely impressed by the standard of this year's competition.  The students displayed a very good awareness of what makes a successful client interview and displayed some impressive skills not only in advising the client on their legal position, but also in showing understand and empathy for the client's situation. I have high hopes for our chances in the national competition!