Here you’ll find some examples of the projects we’re engaged in with partners around the world. If you’re interested in developing a relationship with Nottingham Trent University, please visit our partnering with us page.

The Connecting Globally theme of NTU’s strategic plan looks to establish four institutional international partnerships by 2019/20. China was identified as the first of these partnerships with the initial regional focus on Beijing due to NTU’s two Chinese Ministry of Education UK-China joint licences there.

Since the signing of a friendship agreement between Nottinghamshire County Council and Zhejiang Provincial Government in April 2017, this regional focus has extended to the cities of Hangzhou and Ningbo in Zhejiang Province.

India was identified as the second of these strategic partnerships with the initial regional focus being on Chandigarh and Punjab due to Nottingham City Council’s partnership with the Chandigarh Administration. Strategic locations for two further institutional international partnerships are currently under consideration. 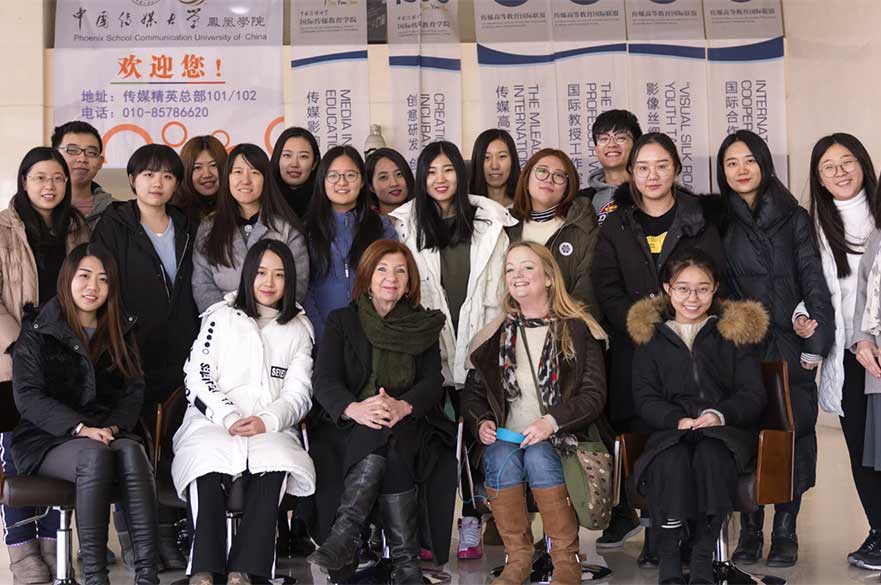 Each Masters degree is delivered over two years with students based in Beijing for their first year, taught in China by both NTU and CUC academic staff. Students may be enrolled on either a dual degree or only for the NTU award. The majority of the students study for their second year at NTU in the UK, although the licence allows for students to study for both years in Beijing.

The collaboration with BLCU stemmed from a long-term partnership, offering NTU students the opportunity to study in China for four weeks each summer through the Vice-Chancellor's Mandarin Scholarship programme.

Following the October 2016 Midlands Engine visit to Shanghai and Ningbo, Nottingham’s sister city in China, and the signing of the friendship agreement, NTU has begun to focus on building strategic international partnerships in Zhejiang Province. These city-to-city and county-to-province links provide a framework for NTU to develop long-term academic, business, civic and cultural links with Hangzhou and Ningbo. 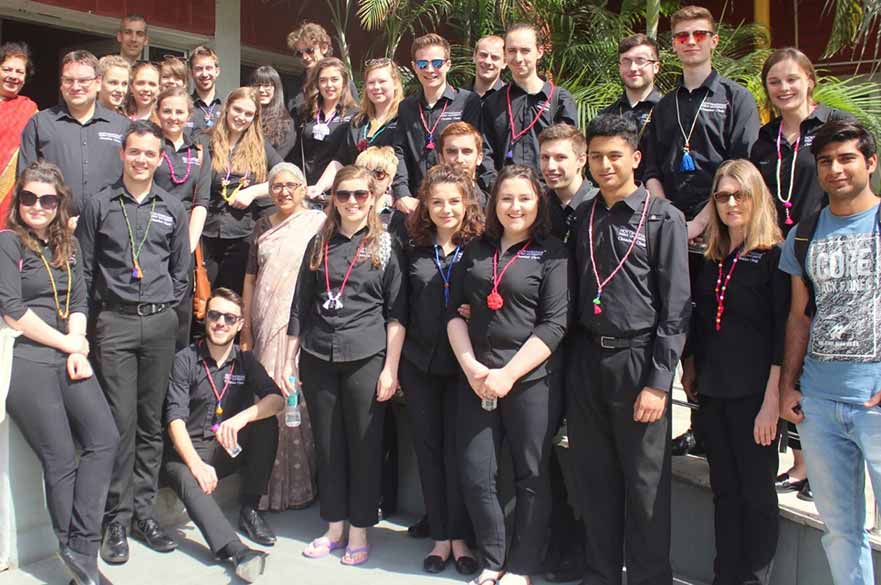 NTU established one of its strategic locations in Chandigarh, India, in order to engage both with the State of Punjab and the Union Territory of Chandigarh. The initial regional focus on Chandigarh and Punjab is due to Nottingham City Council (NCC)’s partnership with the Chandigarh Administration. The friendship agreement between the two cities provides NTU with a framework for establishing trust and building confidence in sustainable relationships of mutual benefit. The support of both cities’ administrations and local business communities also helps NTU to develop a wider set of relationships than just academic ones, including civic, business and cultural links.

In December 2015, at the same time as NCC signed an Memorandum of Understanding (MoU) with the Chandigarh Administration, NTU also signed an MoU with the highly reputed Panjab University (PU), to deliver innovative research and teaching collaborations, as well as staff and student exchanges. While the initial focus was on law and fashion, the partnership has now been extended to business, science and technology. NTU has intensified its engagement with PU over the past year, leading to increased two-way staff and student mobility, cultural exchanges, and joint research.

A recent key achievement has been the prestigious Global Initiative of Academic Networks (GIAN) Award from the government of India to Professor Graham Ball of NTU’s School of Science and Technology and Professor Rakesh Tuli, Senior Research Advisor at PU’s University Institute of Engineering and Technology. The award is to co-teach genome informatics modules at Panjab University.

NTU also has research, teaching and mobility partnerships with other reputable institutions in Punjab, Delhi NCR, Mumbai and Pune.