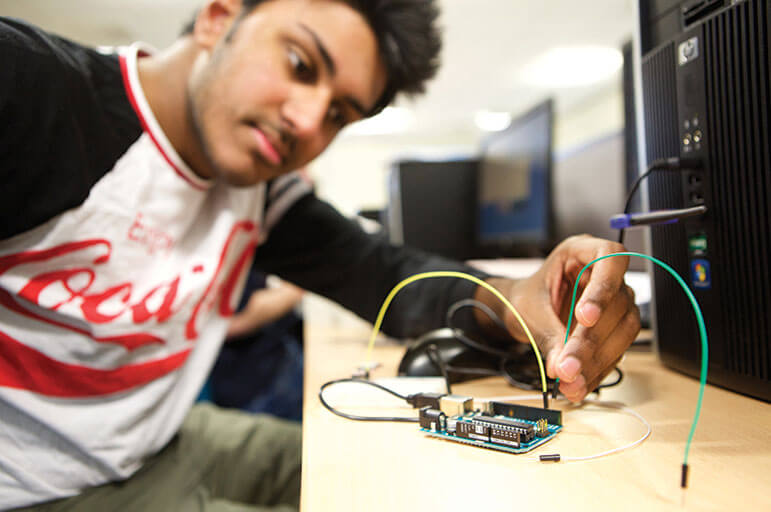 There is growing evidence that labour markets (in both developed and developing countries) are becoming increasingly polarized, with the share of employment in both high and low wage jobs increasing, while the share of employment in middle-wage jobs has fallen (Acemoglu & Autor, 2011; Goos et al., 2009). The leading explanation for the decline of these middle-wage occupations is advancements in automation technologies. A large body of literature, pioneered by Autor et al. (2003) and Goos & Manning (2007), shows that occupations in the middle of the wage distribution in high-income countries tend to involve predominantly routine tasks -- tasks that are easily codifiable and therefore particularly susceptible to automation. As machines become increasingly able to perform tasks that previously only humans could do, fears are rising that technological change might displace large numbers of workers from their jobs.

Relatedly, firm-level studies often report that innovative firms, which adopt new technologies, grow faster and create more jobs (Morris, 2018). The vast majority of these studies point out that research and development (R&D) is positively correlated with technological innovation output which in turn is positively correlated with productivity. As such, automation potentials should not necessarily lead to net employment losses. Rather, employment effects seem to depend on the interaction between several macroeconomic adjustment mechanisms. As an example, World Bank (2016) shows that product innovations are associated with higher employment growth, which implies that the productivity effects may overcompensate for any technology induced displacement effects. The results for process innovations are less clear, although they often are positive but insignificant (Chennells and van Reenen 1999; Pianta 2009; Vivarelli 2007)

It is this nexus between technological adoption (innovation), labour markets and macroeconomic adjustment mechanisms that we would like to understand in the proposed doctoral studies. Drawing on the most recent academic literature the proposed line of research will use cutting edge data from the World Bank Enterprise Surveys, IPUMS-International and other micro level datasets to theoretically and empirically assess the link between innovation and labour market outcomes in developing countries. There exists a large literature on the employment effects of innovations and new technologies, particularly for developed economies. This literature reports quite heterogeneous results (see Feldman (2013), Pianta (2009) and Vivarelli (2007). Contrarily, very little is known about this relationship in developing countries. Moreover, the vast majority of these earlier studies suffer from severe methodological shortcomings which precludes a causal interpretation of their findings. These are clear avenues for the proposed research to make a contribution to the literature.

An applicant should normally hold a Master’s degree at distinction or merit level of a UK university or an equivalent qualification. International students will also need to meet the English language requirements - IELTS 6.5 (with minimum sub-scores of 6.0). Applicants who have taken a higher degree at a UK university are normally exempt from the English language requirements.

This opportunity is for self-funded PhD students. Applicants are encouraged to apply for external funding and we will support this process if and when required. Find out about fees and funding for PhD projects.