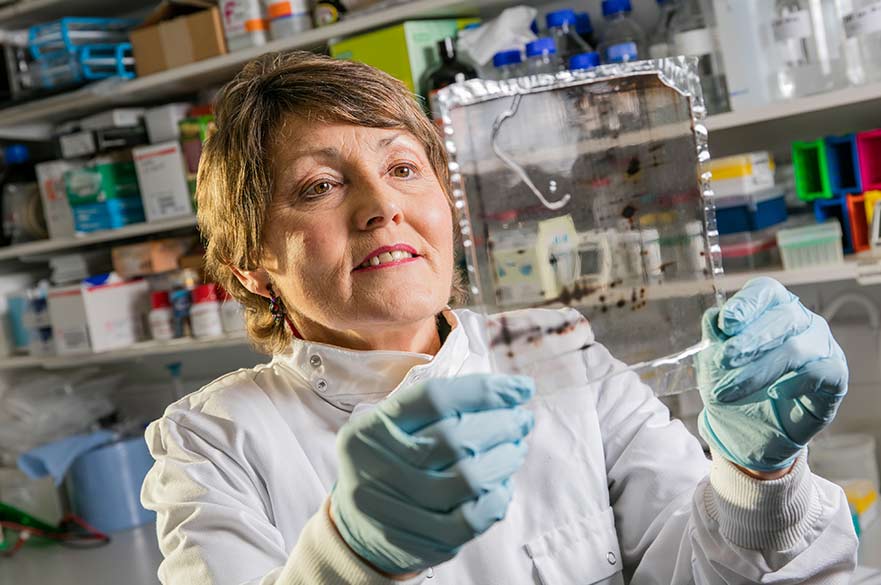 Brown adipose tissue is an enigmatic tissue that plays an important role in energy metabolism. The increasing prevalence of obesity-related disorders has led to a growing need for therapeutic strategies to reverse diet-induced weight gain. Brown adipose tissue (BAT) contributes to total energy expenditure by burning fat for heat generation by thermogenesis and when maximally activated produces 300 times more heat per unit mass than any other organ in the body. Therefore, identification of new targets and pathways that increase BAT activity can be used to reduce obesity.

BAT is a specialised mitochondria-rich tissue capable of expending energy via uncoupling protein 1 (UCP1)-dependent, non-shivering thermogenesis in response to cold. In contrast, white adipose tissue (WAT), performs the opposite function by serving as a storage site for triglycerides. However, following cold exposure a second type of brown adipocyte known as ‘brown-in-white’ or BRITE adipocyte is induced in WAT. There has been a renaissance in BAT research following its detection in adult humans.

A growing body of evidence implicates cell cycle regulators in BAT differentiation and browning of WAT including retinoblastoma protein, Cyclin dependant kinase 13 (CDK13), cyclin O, cyclin Y, and Cdkn1c. Expression of Inca1, (inhibitor of CDK, cyclin A1 interacting protein 1), a novel CDK inhibitor in the context of adipose tissue, was found by the Christian group to be induced by cold exposure in mice and is highly expressed in BAT and differentiating adipocytes. However, the role of Inca1 in brown and BRITE adipocyte function and lineage commitment has not been investigated.

Given that Inca1 is more highly expressed in BAT compared to WAT, cold-induced in WAT as part of the BRITE programme and is expressed in cultured adipocytes and increased during adipogenesis the research project will investigate Inca1 as key regulator of the brown adipocyte programme. This PhD project aims to establish: (i) The role of Inca1 in brown adipocyte function, expression of key brown/BRITE adipocyte markers and mitochondrial function (ii) the role of Inca1 in the commitment of pluripotent stem cells and adipocyte precursors to brown/BRITE adipocytes and (iii) identification of Inca1 interacting partners and mechanism of action in adipocytes.

CRISPR-Cas9 gene editing will be used to knockout Inca1 expression in pre-adipocyte cell lines and mouse embryonic stem cells. Following their differentiation into brown adipocytes the role Inca1 plays in expression of the brown fat programme will be determined by RT-qPCR of key BAT genes (e.g, UCP1, CIDEA). In addition, metabolic changes such as in mitochondrial capacity, rates of glycolysis and oxidative phosphorylation, will be assessed using Seahorse XF analyser. Immunoprecipitation and mass spectrometry will be used to identify members of the Inca1 interactome. The wider role of cell cycle regulators in expression of the brown adipocyte phenotype will be investigated from analysis of available datasets and the study of effects of CDKs and CDK inhibitors.

Candidates should have at least a second class honours, upper degree at undergraduate level in biochemistry, molecular biology, or related subject or have a Masters degree.

The deadline for this project is Saturday 30 July 2022. For a step-by-step guide and to make an application, please visit our how to apply page.

This is a funded project for UK candidates.

Further guidance and support on how to apply can be found on our apply page.

Candidates should have at least a second class honours, upper degree at undergraduate level in biochemistry, molecular biology, or related subject or have a Masters degree.

The application deadline is Thursday 31 March 2022. For a step-by-step guide and to make an application, please visit our how to apply page.

This is a funded PhD project for UK candidates..

Further guidance and support on how to apply can be found on our apply page.