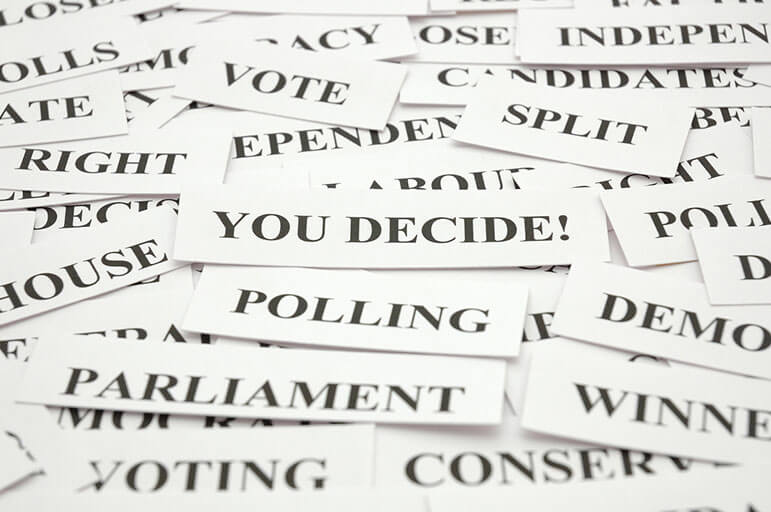 The Citizens, Parties and Political Action research group is interested in the changing relationships between citizens and the democratic process and formal political institutions. Our research considers what opportunities exist for people to intervene in public and political life, and how and why they choose to participate (or not).

This cluster forms part of the Politics and International Relations academic team.

Recent trends across contemporary post-industrial societies suggest a deepening disconnect between citizens and democratic politics and institutions. People seem less committed to national political systems and mainstream political parties, and increasingly susceptible to radical parties and to their rhetoric; they also appear to be deeply sceptical of governments and of the political classes in general. The Citizens, Parties and Political Action research group (CPPA) at Nottingham Trent University is concerned with examining questions such as:

These questions of why people engage in, or opt to disengage from, political activity have been at the heart of political science for many decades. However, there are several widely differing approaches available for the study of such fundamental questions about political participation, and these reflect different assumptions about why people pursue particular goals and how best to obtain the evidence to support those assumptions.

The CPPA research cluster therefore has a broad appeal, incorporating a variety of approaches in a number of inter-related areas. CPPA draws together colleagues researching in the following areas:

We continue to develop professional relations with a number of local, national and international organisations and agencies through our research activities. These relationships underpin our ambitions to reach out beyond the university sector, and to conduct research that is socially innovative, exciting, relevant and valuable. Through our research, we have recently connected with:

Impact Report - Young people and politics in Britain: How do young people participate in politics and what can be done to strengthen their political connection?

Researchers in the Citizens, Parties and Political Action research cluster are currently working on a major national study, the "Young People and Politics in Britain" project. This £96,000 study has been awarded funding by the Economic and Social Research Council (ESRC), and examines young people's attitudes towards politics in Britain. Results from the study challenge the widely-held view that today's generation of youth is increasingly reluctant to play a role in political life, and is dismissive of the formal political process and democratic institutions. The project is based on a national online survey of 1,025 young people and the results from fourteen online focus groups.

Other research projects include: