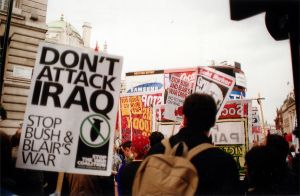 Scholars within this group engage in research covering a broad range of related issues including: terrorism, insurgency and civil wars; radicalisation and counter-radicalisation; regional foreign and security policy; democratisation and conflict resolution; and the politics of identity. The cluster is characterised by a strong interest in interpretive approaches to international relations, with a focus on the analysis of security issues using critical methods of social inquiry.

This cluster is part of the Politics and International Relations academic team.

The research group has strengths in the traditional areas of Strategic Studies, Security Studies and Terrorism Studies, as well as in the emerging fields of Critical Security Studies and Critical Terrorism Studies. There is a strong regional focus within the research cluster, with scholars engaged in research that focuses on: the emerging role of the European Union (EU) as a security actor; the Association of South-East Asian Nations (ASEAN) and wider Asian security policy; as well as security issues in the Middle-East and North Africa (MENA) region.

The Insecurity, Political Violence and Change (IPVC) research cluster at Nottingham Trent University is concerned with examining the relationship between our understanding of insecurity (both in practice and theory), the manifestation of these insecurities as political violence (Physical and structural, state and non-state), and of the impact of these forces in shaping and changing contemporary international politics. Recent projects have engaged with questions such as:

The aims of the research cluster include:

The IPVC Research Cluster aims to develop professional relations with a number of national and international organisations and agencies through our research activities.

We currently have links with:

The research cluster aims to foster links with individuals and groups working on similar research activities at other academic institutions, as well as to foster engagement beyond the social scientific community – including with policy-makers, civil society groups, think-tanks and other research centred organisations. Our intention is that research produced within the cluster will retain relevance beyond the narrow confines of academic debate, with the aim of contributing to the formulation of public policy in the broadly defined field of security policy.