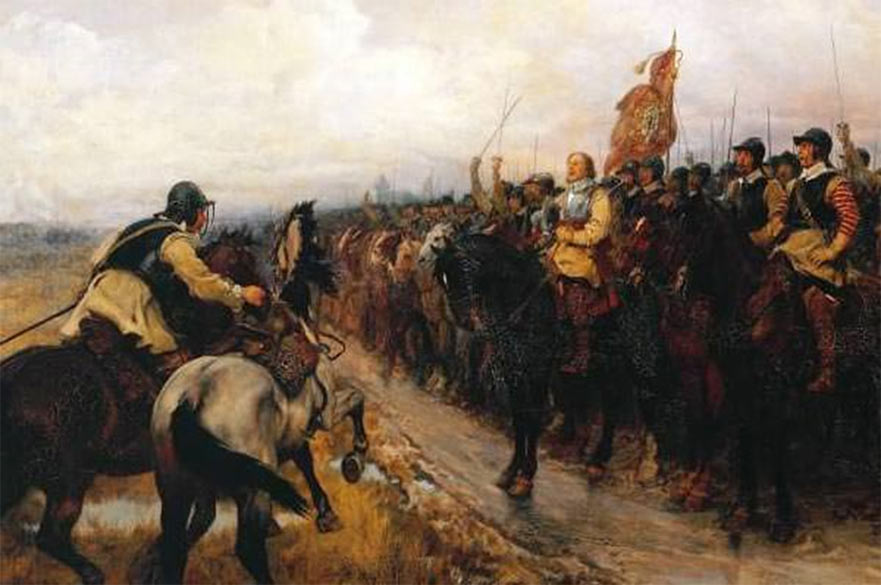 Leading From the Front: Command and Leadership in the British and Irish Civil Wars

The issue of command and leadership in the early modern period is under explored. It is not possible to define the nature of leadership and how it was recognised by contemporaries. Individual generals have been studied, Rupert, Cromwell, Fairfax, etc. have been explored, but only limited comparisons have been made, and these are too reliant on a few generals from within a much later unexplored context.

An initial catalogue and prosopographical study has uniquely revealed something near to the full list of general officers in the civil war. By comparison, studies conducted so far have been limited to a dozen of more generals. The list established at Nottingham Trent University suggests that there are over 160 generals of varying grades and responsibilities.

Although these men (and one woman) came from the upper echelons of British and Irish society, they had a variety of backgrounds, experience and military service (or lack of it). The prosopographical study involves exploring the pre-war and war time careers of all of the generals to understand what the initial appointees brought to their commands, and how their war experiences informed their promotion and career development.

Professor Martyn Bennett has conducted the initial pilot survey and is currently applying for research funding to establish a broader team to conduct the work required by the whole project.

Professor Bennett is a professor of Early Modern History, he is a proponent of the New British History as applied to the Early Modern Period having published a series of books on the civil wars and a biography of Oliver Cromwell. Professor Bennett has written a series of internationally acclaimed authoritative works on the civil wars and revolutions that wracked the mid-17th Century in Britain and Ireland.

This project represents the culmination of a great deal of research into resources held by national and local repositories and will subsequently lead to an historical analysis of the data obtained presented in digital and published formats.

The outcomes of the project are manifold; it will create a greater understanding of the nature of leadership and command by categorising for the first time the various forms and purposes of command and an analysing the effectiveness of the holders.

The outcome will be to understand the nature of generalship from both historical and contemporary perspectives and to explore how seventeenth century military culture, command structures and personal relationships conditioned appointments, promotions and temporary appointments at ‘brigade’ level on the field.