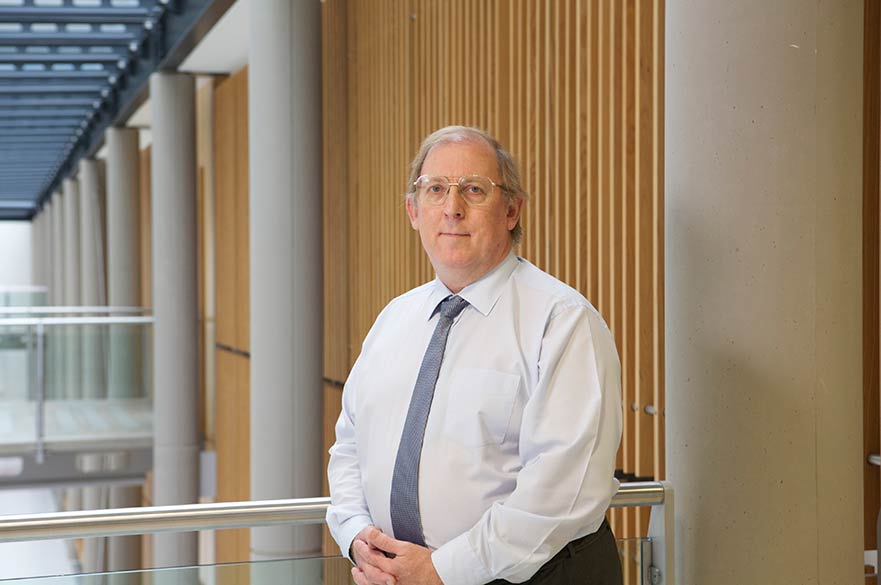 Having studied civil and structural engineering at first degree level, Phil Sargent chose to focus on land surveying, the part of his studies that interested him most.

He worked throughout Britain and the Middle East as a land surveyor, gaining chartered status, and gradually moving back into civil engineering as an engineering surveyor. He was Chief Engineering Surveyor on major construction projects in Oman, Saudi Arabia and Kuwait before returning to Britain to work on Canary Wharf and the Channel Tunnel Folkestone Terminal.

During his time on site, Phil taught many local surveyors, and developed and ran training courses in surveying for site engineers. That led him into a change of career, and he joined Nottingham Trent University (Nottingham Polytechnic as it then was) in January 1991.

Since then he has acted as Personal Tutor, Year Tutor, Course Leader, and as a member of the programme teams for engineering surveying and civil engineering, involved with course design, development and quality assurance. As well as lecturing on assorted programmes, he has been involved in many projects including:

However, Phil's primary focus has always been, and continues to be, assisting his students in their academic and personal development to help them achieve their full potential, and the provision of pastoral care to his students, especially in times of need.

Phil Sargent has a general interest in research into any aspect of engineering surveying, be it to do with equipment, techniques, applications or personnel. He is particularly interested in matters connected with emerging technologies, control and setting-out of construction works, and deformation monitoring (of structures, engineering works, volcanoes etc).

Phil has also previously run a highly successful EPSRC - funded Teaching Company Scheme with a land surveying company. He has an interest in development of a personal navigation device, in which area he has previously supervised a research student to a successful MPhil.

Phil would be happy to supervise research in any area of the above, or to run/be involved with a Knowledge Transfer Partnership.

He us intermittently involved in monitoring of long-term deformation of an active volcano (Mount Etna) by GPS (collaborative project with Open University).