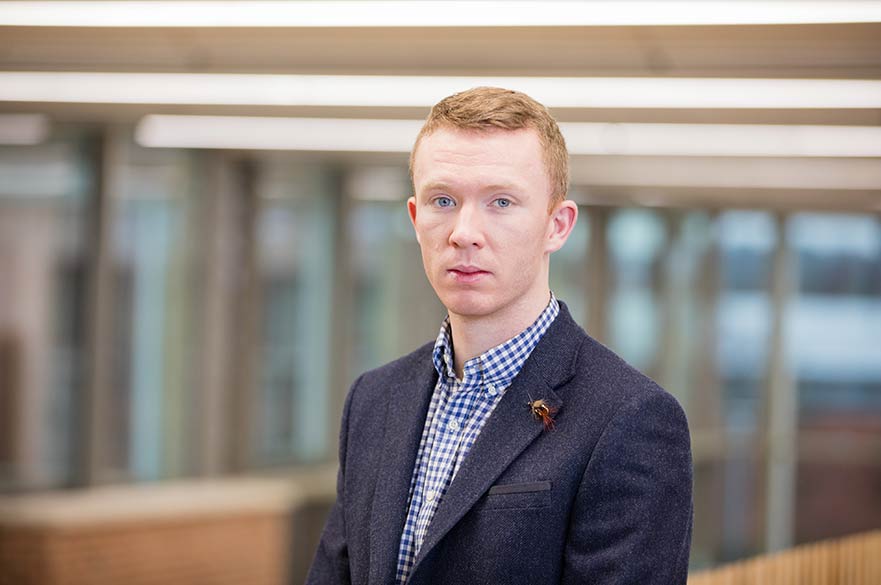 Dr Kilcourse teaches modern Chinese and international history. He is module leader for a survey course on global history (World History; level one) and also teaches specialised modules on modern China (Revolutionary Transformations; level 2) and conversion in nineteenth-century China (Mission Impossible; level 3). Through these modules, Dr Kilcourse encourages students to break away from older paradigms and approach the study of modern China from a transnational perspective that emphasises the interaction of global and local forces.

Dr Kilcourse is a cultural historian whose research interests include the history of Christianity in China, modern Chinese revolutionary ideologies, and cross-cultural (especially Chinese-Western) interactions in East Asian history. He is particularly interested in how Chinese individuals and groups have received and transformed imported belief systems (e.g. Christianity and Communism) historically. Within this broader theme, he focuses on the relationship between language and culture, looking at how vernacularised texts (e.g. translated Bibles) have facilitated the localisation of foreign religions and ideologies in China.

Dr Kilcourse's first monograph examines the localisation of Christianity in the theology, ethics, and ritual practices of the Taipings, a revolutionary movement in mid-nineteenth-century China. This book not only reveals how Confucianism and popular religion acted as instruments of localisation, but also suggests that several key aspects of the Taipings’ localised religion were inspired by terms and themes from translated Christian texts. Emphasising this link between vernacularisation and localisation, the book demonstrates both the religious identity of the Taipings and their wider significance in the history of world Christianity.

Dr Kilcourse is currently writing a second book on encounters between Taiping rebels and Protestant missionaries at Nanjing. This project focuses specifically on the attempts of missionaries to convert the Taiping leader Hong Xiuquan, who claimed to be the second son of God and younger brother of Jesus, to a more ‘orthodox’ form of Christianity. In analysing these efforts and their rejection by the Taipings, the book will reveal how the clash of Christianities at Nanjing was linked to a broader struggle for religious and political authority in China.

Dr Kilcourse welcomes enquiries from postgraduate students with interests in Chinese cultural history and the history of Christianity in China. Dr Kilcourse has a wide selection of original documents relating to the Taiping Rebellion and Protestant missions in nineteenth-century China. He is happy to discuss the utility of these materials with anyone interested in pursuing doctoral research. For further information please contact the NTU Doctoral School.

Dr Kilcourse is a member of the British Association for Chinese Studies (BACS).