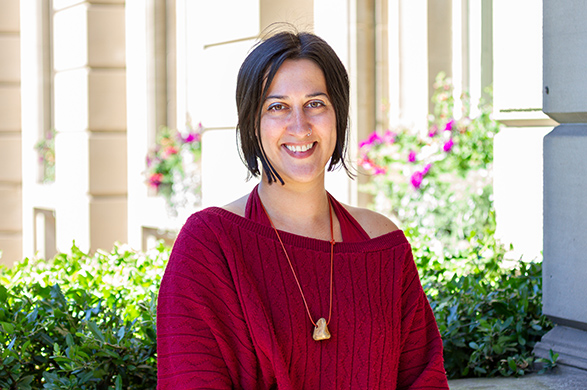 Through her industry career, Nadia has embraced a collaborative approach to performance-making and the realisation of inventive artistic choices as a Costume Designer and Costume Maker for theatre, dance, opera, devised work, film, live art, puppetry, and musicals. Her work develops movement, character and narrative, using sophisticated visual language and experimentation to engage an audience and communicate meaning through costume. She has also been a Costume Supervisor and Wardrobe Manager in the UK and abroad.

Career highlights include costume design at the National Review of Live Art (2004), costume and set design as a member of Elastic Theatre at the Greenwich and Docklands Festival (2011 winner of the Fringe Report Award for Best Theatre Company), costume design for the Imperial War Museum (2010) and co-production for the V&A (2012). Group exhibitions include a permanent online profile at World Stage Design (2013) and exhibiting costume and set design as part of the Society of British Theatre Designers (2015).

Translating her industry work into teaching practice, Nadia has lectured in costume at various universities including the University of the Arts London (London College of Fashion and Wimbledon College of Art), the Royal Academy of Dance, Royal Central School of Speech and Drama, London Metropolitan University, East 15 Acting School and the University of Huddersfield. She has taught costume design, costume supervision, costume construction, contextual studies and professional practice.

Nadia also has a BA in Textile Design (NTU), an MA in Costume Design for Performance (UAL) a Post Graduate Certificate in Higher Education (PGCHEP, University of Essex) and is a Fellow of the Higher Education Authority (FHEA).

Nadia is a PhD Candidate and member of the Costume in Focus (CiF) Research Group at Aalto University, Helsinki. Her research investigates the relationship between costume education and the wider costume field and tracks how both are being shaped together.

In 2016 Nadia conceived, co-curated and produced Costume and Fashion in Context and Practice, a two-day international conference and exhibition convened at the University of Huddersfield, contributing to global discussions within the costume community.

Nadia is the Reviews Editor (Exhibitions and Events) for Studies in Costume and Performance. Published by Intellect, SCP is the first journal to focus on costume for performance. It aims to generate and disseminate critical discourse on costume and its relationship to performance.

Nadia is also a member of the Costume Design Sub-commission within the Performance Design Commission of OISTAT and a Professional member of both the Society of British Theatre Designers (SBTD) and the Costume Society. In 2012, Nadia received Arts Council funding to research and develop a design-led play based on object manipulation/puppetry.